At the heart of Oke-Eri, a small community which is about four kilometres from Ijebu-Ode, Ogun State in Nigeria lies the remains of one of the greatest woman that has ever lived – Bilikisu Sungbo.

Popularly referred to as Bilikisu Sungbo shrine, it was a grave turned shrine that houses a tomb, moat museum, pottery craft house, and excavated trenches,  which have become a must-visit spectacle and a tentative UNESCO World Heritage Site.

What is particularly intriguing is the origin of Bilikisu Sungbo, which has become exceptionally controversial. While the Oke-Eri people submitted that she was their daughter who travelled around the world and met the sagacious biblical King Solomon who married her, there were also the Arabian, Ethiopian, Biblical dimensions to the claim. 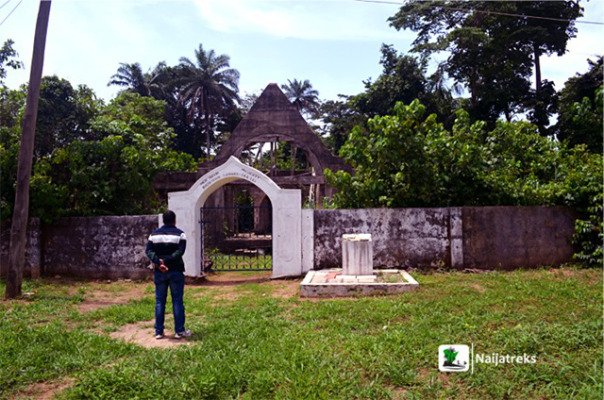 Before we look into this, let’s consider the facts about this shrine that makes it so interesting and mysterious?

First, legend has it that Bilikisu Sungbo, a name which literally means “our mother who sleeps and hears whatever we say” possessed supernatural powers which made it possible for her to travel by whirlwind and ride on the back of eagles.

Second, it is believed that whoever prays at the graveyard will receive quick answers to their prayers. Yearly, worshippers arrived at the grave to commune with Bilikisu Sungbo’s spirit for blessings and favour.

Third, it is a taboo for a woman or dog to move close to the graveyard. There are grave consequences for any woman or dog that dares to do this.  J.B.Odunbaku cited this in his paper Bilikisu Sungbo and Her Significance in Ijebu History when he mentioned the case of one British Resident Officer in Ijebu-Ode in pre-colonial Nigeria known as Captain Ross who reportedly ‘disregarded this warning and went to the place together with his dog and wife. Before they left the place, the dog died and on their way back to Ijebu-Ode, the wife also fell down and died.’ 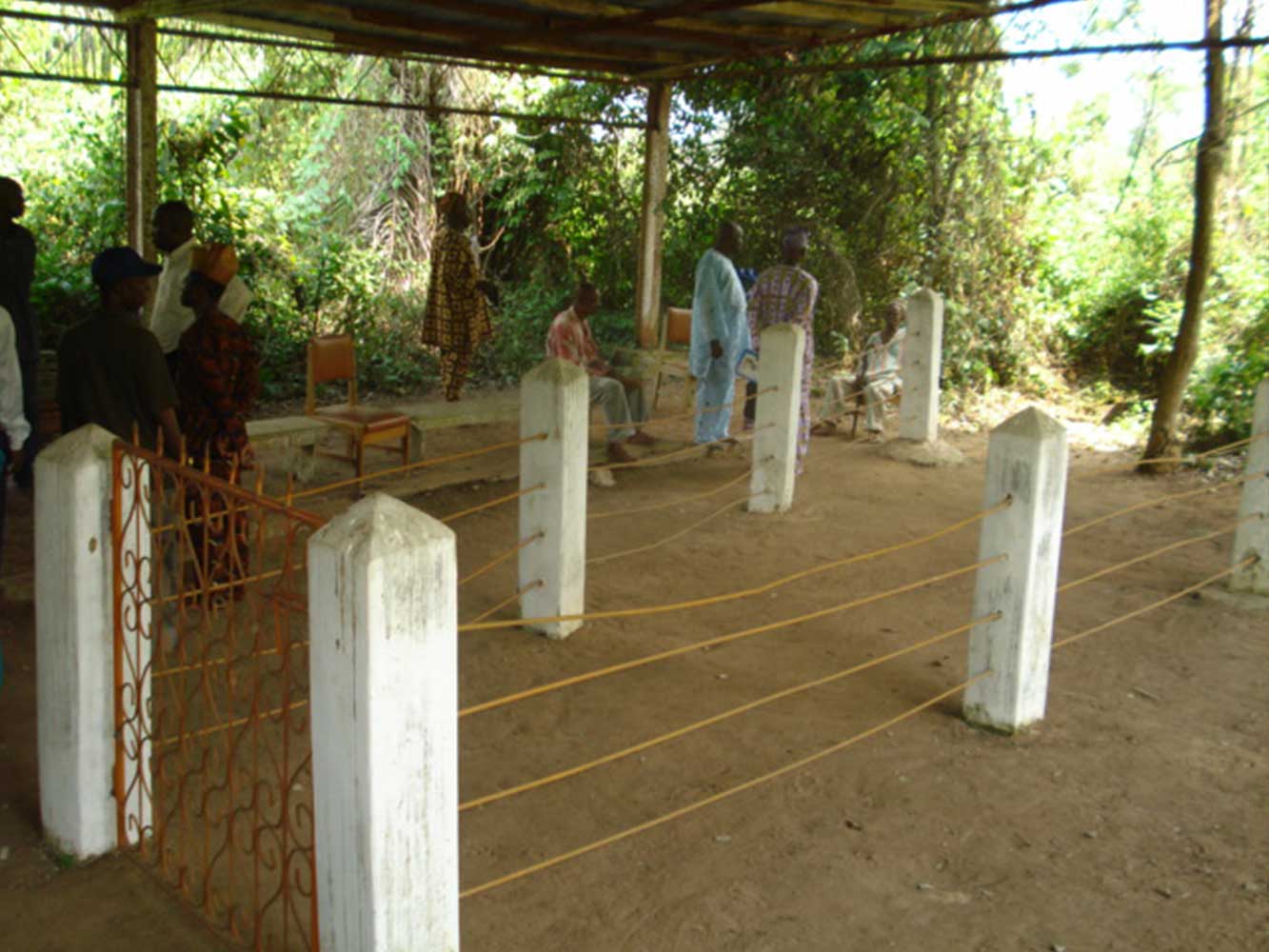 Fourth, the Ijebu believe that Bilikisu Sungbo was the one that built the Eredo earthwork thought to be larger than the famous great pyramids of Egypt. A team of scientists led by Dr. Patrick Darling of Bournemouth University completed a preliminary survey of the leftover wall and ditch measuring 14m high and about 160km long. They marvelled at the remains of this ancient kingdom. Ijebu tradition has it that the Eredo earthwork was constructed by Bilikisu Sungbo and her innumerable assistants, who were female potters. 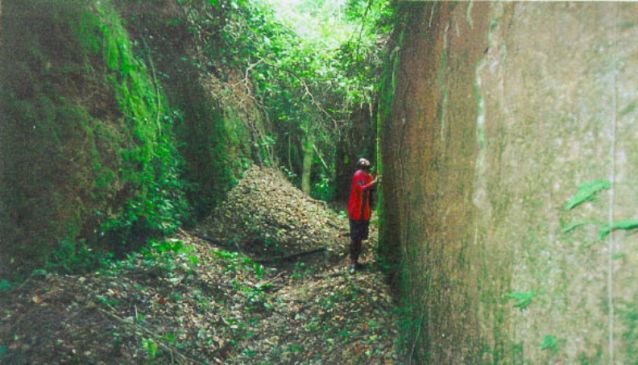 Lastly, the spot where Bilikisu was washed before her interment is always spotless, clean and whenever it rained, no drops of water or dirt’s fell on it. This really is mysterious but a fact which holds till today. No plant or grass can ever grow from the spot.

So who is Bilikisu Sungbo? Among the Ijebu people of Nigeria, she was the biblical Queen of Sheba or the Koranic Queen called Balquis, who fell in love with Solomon. During her old age, she returned to Oke-Eri where she died and was interred. The biblical dimension had a root in 1 Kings 10: 1-13 where her visit to King Solomon was chronicled. She left after presenting a hundred and twenty talents of gold, spices and precious stones to King Solomon.

She was also described as having originated from Yemen. In the Ethiopian version, she was described as the mother of Menelik, the first King of Ethiopia who started the Solomon Monarchy in Ethiopia. The Ethiopian imperial family partly subscribes to the view that they are the descendants of the union between Solomon and Queen of Sheba. 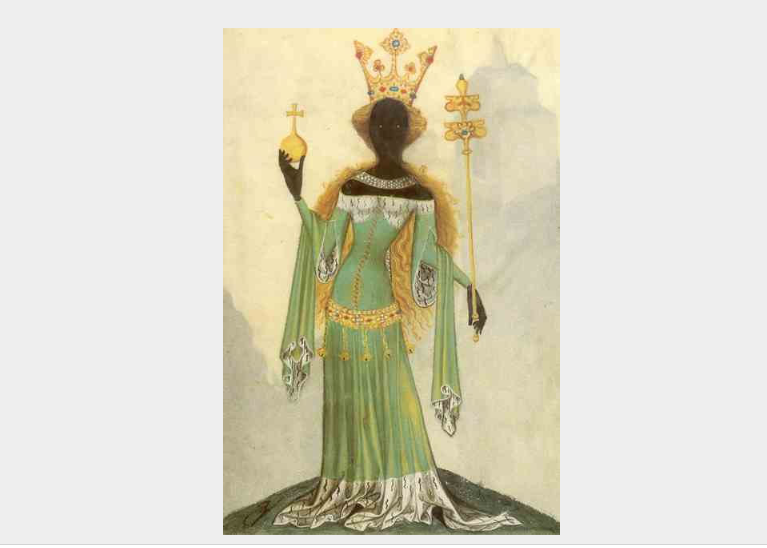 The Queen of Sheba, from a 15th-century manuscript. Photo: Wiki CC

It is particularly difficult to ascertain where Bilikisu Sungbo originated from since the sacred nature of the grave makes it impossible for archaeologists to excavate the shrine to be able to determine its age.

One thing, however, is certain: Bilikisu Sungbo was a legend who put the people of Oke-Eri and the entire Ijebu Ode people on the world map through her legendary achievements and supernatural power.