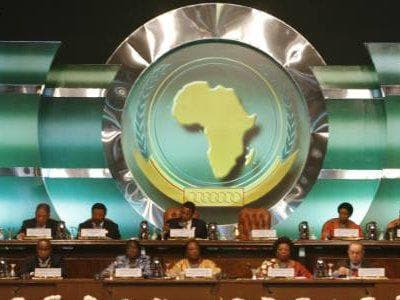 A friend of mine in Africa contacted some of us young Africans, seeking opinions for a background paper that would contribute to discussions at an upcoming meeting of certain African policy makers. The question was about the most critical concerns of young people in Africa today. I thought the approach of seeking opinions from ordinary youths about issues pertaining to young people was impressive. The approach is reflective of the kind of shift in policy formulation that is required to meet the aspirations of African youths. My response to the request was as follows.

The disconnect between leaders/policy makers and the aspirations of the people, especially youths, is a huge problem in Africa. To understand the recurrent and critical problems that young people face in Africa, all we need do is dissect the causes, manifestations, and narratives of events surrounding the youth uprisings in parts of Africa, including Tunisia, Libya, and Egypt. The aspirations of the youths who have taken to the streets in these societies reflect those of most youths across the continent. What are these aspirations?

THE BOUAZIZI SPARK AND DEMANDS FOR “BREAD, WATER, AND NO BEN ALI”
As the revolution raged in Tunisia, some of the protesters carried placards that read, "we want bread, and water, and no Ben Ali." They wanted food and water (economic security) and an end to President Ben Ali’s 24 years of dictatorship that had been characterized by massive looting.

The young Tunisian, Mohammed Bouazizi, whose self-immolation was a spark for the Tunisian Revolution in December last year, was trying to make a statement. Bouazizi was an unemployed graduate. He sold fruits and vegetables for a living, but was harassed and brutalized by the police who wanted bribes from him because he did not have a permit to carry out his trade. Bouzizi’s ultimate frustration came after futile attempts to make the government respond to his treatment. This young man’s encounter reflects the experience of many Tunisian and African youths. Unemployment, government corruption, as well as their irresponsive, detached, and high-handed approach to treating the affairs of their citizens are of critical concerns for African youths.

THE EGYPTIAN REVOLUTION AND DEMANDS FOR “FREEDOM, DIGNITY, AND DEMOCRACY
The Egyptian youths who led the revolution that unseated the Mubarak 30 years old regime did not only demand for his resignation. They summed up their demands with the phrase, "Freedom, Dignity, and Democracy." They wanted to be free from a regime that ruled their country under emergency laws – a regime that whipped up national security rhetoric in order to suppress popular dissent and victimize legitimate opposition. They wanted to have freedom of expression and the freedom to live their lives as dignified human beings protected from police brutality and state-sponsored repression.

Egypt had democracy, but the youths demanded true democracy that guarantees human rights and economic rights. These rights could not be guaranteed by Mubarak, who accumulated a family fortune of up to $70 billion and used nepotism to oil the wheel of accumulation for his loyalists and the privileged elites while building a repressive police state that saw sky-rocketing rate of unemployment and homelessness. The demand of Egyptian youths for freedom, better standards of living, and true democracy is a common demand by youths across Africa.

AND LIBYA WITH THE HIGHEST STANDARDS OF LIVING IN AFRICA?
Youths are equally demonstrating in Libya, a country with the highest standards of living in Africa, according to the UN Human Development Index (HDI). One would expect that with Libya’s crude-oil-supported standards of living, Libyans would have no cause take to the streets to demand the resignation of their leader. But Col. Muammar Qaddafi’s 42 years rule over that country has been characterized repression of political rights and human rights – ultimate absence of freedom and democracy.

LESSONS FOR AFRICAN LEADERS AND POLICY MAKERS
The statement from the revolutions in North Africa is that young people in Africa are deeply frustrated with their economic and political conditions. Africa’s youths have grown tired of the lip service paid by African leaders to development, good governance, and democracy. There is an acute lack of confidence in the leadership. Our leaders must act beyond summits, communiqués, and series of policy agendas that are never implemented. They do not have to wait for the "days of rage" before swinging into action to make concessions in a bid to appease the frustrated youths. Day of rage, as we have seen in North Africa, signals a point of no return to the status quo.

We are in dire need of a political and economic framework that not only invest in human capital development, but gainfully engage young people to channel their energy and talents towards socio-economic development. The absence of such framework would continue to push the youths to turn to alternative means to achieve economic security, freedom, dignity, and true democracy.

The ultimate question is whether the current neo-liberal economic paradigm, which deepens the gap between the rich and the poor while promoting deregulation and government disinvestment in universal healthcare, education, livable wage, and housing is a good framework for Africa. If this framework did not work in Egypt and Tunisia (two countries that have been touted as both stable and economically prosperous by the World Bank and the IMF), it is about time for African leaders and policy makers to seek alternatives.

African youths want the kind of political and economic overhaul that could guarantee freedom, dignity, and true democracy.

Wilson Idahosa Aiwuyor is a researcher. A graduate of International Relations from the Maxwell School of Syracuse University, he was a Public Policy and International Affairs Fellow at the Woodrow Wilson School of Princeton University. He could be reached at aiwudaho@gmail.com.