Guyanese police and prison services are jointly investigating a viral video of a prison party held on Mother’s Day showing a murder suspect and other inmates drinking hard liquor, energy drinks and smoking what is believed to be marijuana cigarettes.

The Guyana Prison Service (GPS) Director, Gladwin Samuels, told local media on Monday that they are investigating how inmates of the New Amsterdam Prison were able to acquire large bottles of liquor and engage in a party on Sunday.

“There is no direct evidence pointing to any prison officer who would have facilitated the movement of the contraband into the prison. The prisoner would have identified a civilian who brought it … Sanctions will be taken against those persons who are found culpable,” Samuels said.

The images are reported to have been posted on the Facebook page of the murder suspect, Abdul Andre Azimullah, who was on remand.

The prison service said the inmates in the images have been transferred to different prisons across the country as part of measures to ensure it doesn’t happen again, Gladwin Samuels told the Guyana Chronicle.

Below are some of the pictures posted on Facebook. 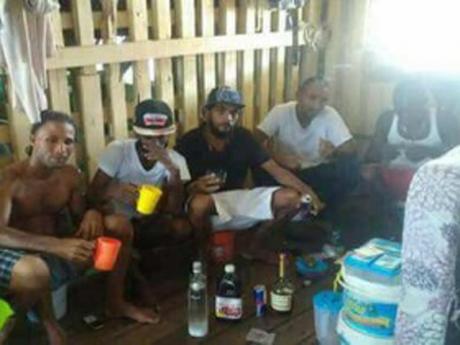 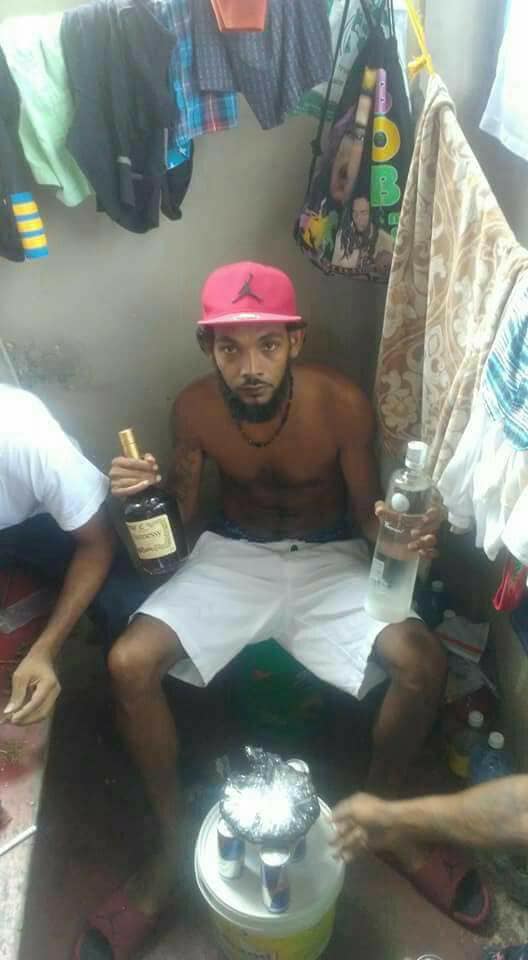 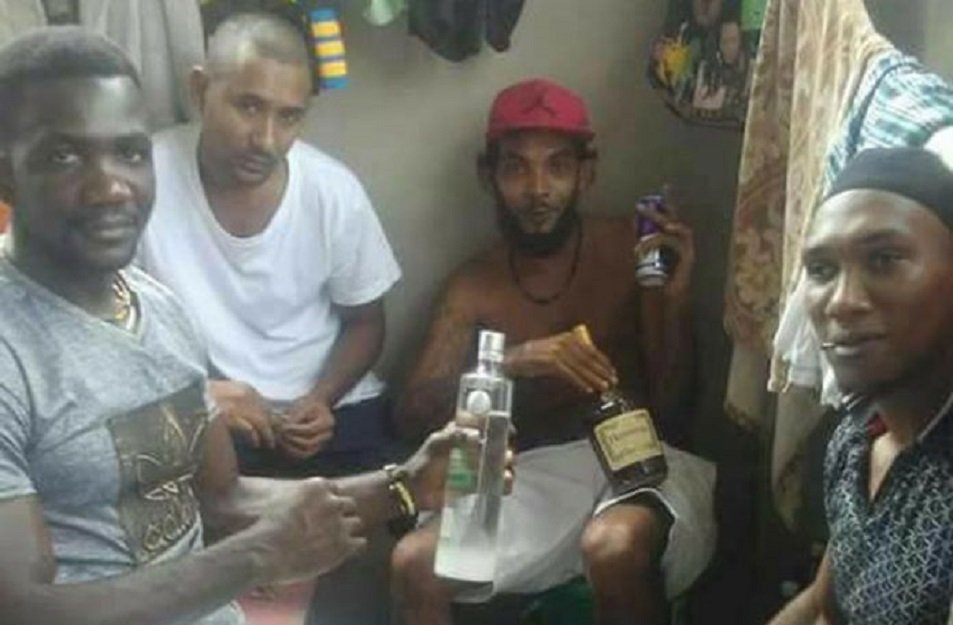