Between 1909 and 1913, approximately 250 tons of Brachiosaurus brancai bones were recovered from more than 100 sites in Tendaguru in the southern province of then German East Africa (present-day Tanzania), which made it the most successful dinosaur excavation of all time.

Tendaguru, which is one of the richest and most important fossil deposits in the entire world, was discovered in 1906 by a German mining engineer who noticed enormous bones sticking out of the path near the base of a hill. Tendaguru means steep hill in the local language of Wamwera people, and the place is considered the richest of Late Jurassic strata in Africa. 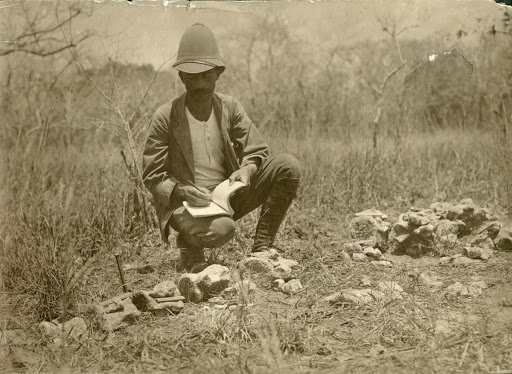 After reports of such discoveries reached Germany, the scientists of the Berlin Museum of Natural History’s Institute for Geology and Paleontology arrived at the site in April of 1909, and found areas that were seemingly covered in fossilized dinosaur bones washed out of the earth by a recent rainstorm. Some accounts suggest that without this accidental erosion, the site might never have been discovered.

During the excavation that took more than two years before the last fossilized bone was dug out, Germans needed over 500 local helpers to excavate bones of which many were still encased in solid rock and had to be carefully removed. 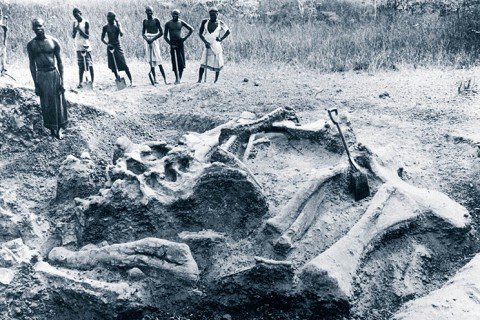 Subsequent to the excavation, these bones of the dinosaur that is said to have roamed the earth 150 million years ago were packed in bamboo cases made by locals, carried nearly 60km away to the seaport of Lindi by African laborers, and shipped to Germany.

Today, the remains of the giant herbivore, which is actually a composite of at least 5 individuals found at the Tendaguru site, have been built in the central atrium of the Berlin Museum of Natural History. This skeleton of Brachiosaurus brancai, one of the world’s most prominent scientific objects has been towering over the German museum scene for over eighty years. 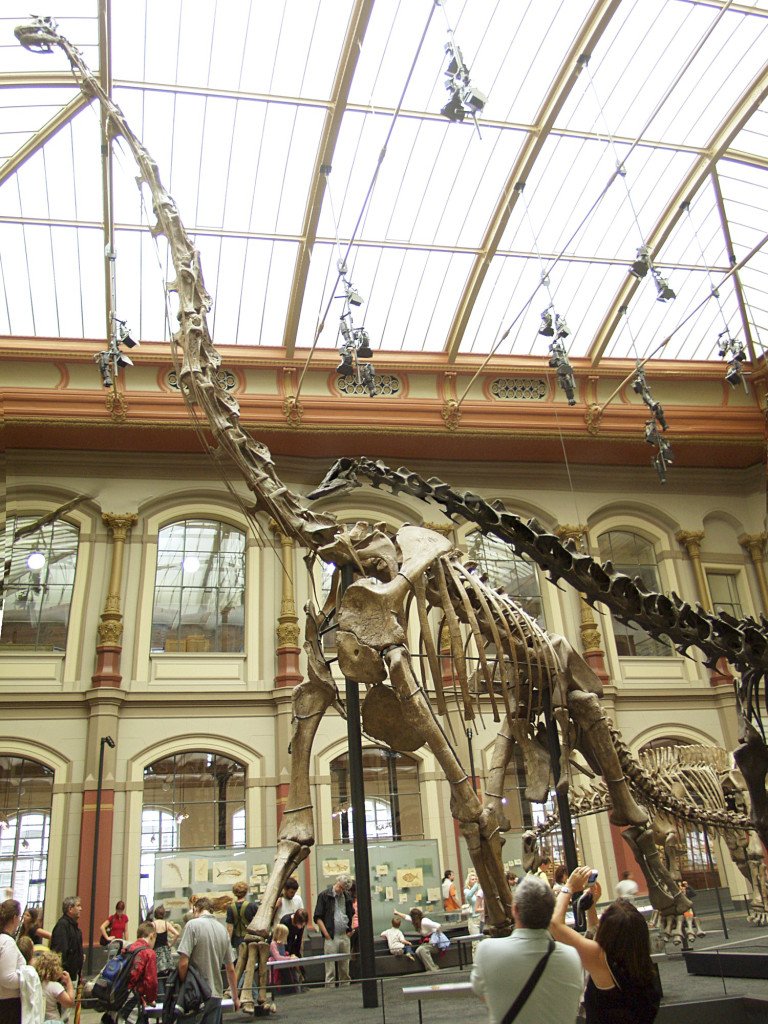 The skeleton, which is 22 metres long and 13 metres tall, represents an animal that would have weighed between 20 and 30 tons (other accounts suggest otherwise). This exhibit has been the centrepiece of the museum’s dinosaur collection ever since, and is one of the largest mounted dinosaur fossils on permanent exhibit anywhere in the world, as certified by the Guinness Book of Records.

While Germany has benefited from the skeleton for nearly a century, back in Tanzania, there have been fruitless intermittent parliamentary discussions calling for the return of the dinosaur fossils from Germany so that the people of Tanzania can benefit from them and help boost tourism revenues.

In late 2011, it was reported that the Governments of Tanzania and Germany were to strike an agreement for the return of the remains of the giant lizard. Ezekiel Maige, then Minister for Natural Resources and Tourism said that the Tanzanian government had already initiated talks with the museum management on the modalities of setting up proper research facilities and structures or a museum in the village where the dinosaur originated and that they were more than ready to give back the remains of the dinosaur.

However, after years of discussions on the matter, the issue re-emerged last year, but this time around the country’s Deputy Minister for Natural Resources and Tourism told the parliament that it was not profitable to return the dinosaur remains because the country lacks the capacity and technology required to preserve and display the remains for tourism purposes.

Now, the more time goes by, the slimmer the chances of getting back home the ‘dinosaur’ of Tendaguru which has been on display in Germany since 1937.

Due to its differences from the American species, The Brachiosaurus brancai found in Tanzania was renamed Giraffatitan brancai, a name now scientifically recognized and used by researchers.