The Afro comb or hair pick, as many call it, did not originate in North America as some people believe.

Popularised by African Americans, the hair pick is a symbol of power and strength for the black community in North America, Africa, and the Caribbean.

The real history behind Afro combs dates to about 6000 years in Egypt before they made appearances in Britain, the Americas, and the Caribbean.

An exhibition by the Cambridge University’s Fitzwilliam Museum in 2013 on the Origins of the Afro comb was an eye-opener to the real background of the comb.

Many African societies today and for centuries revere the Afro comb. It showcases their affinities with the indigenous tribes, religious beliefs and or rituals. The handles of the combs carry the message that the people wish to put across. What is more, the comb showcases a person’s reputation in their community. 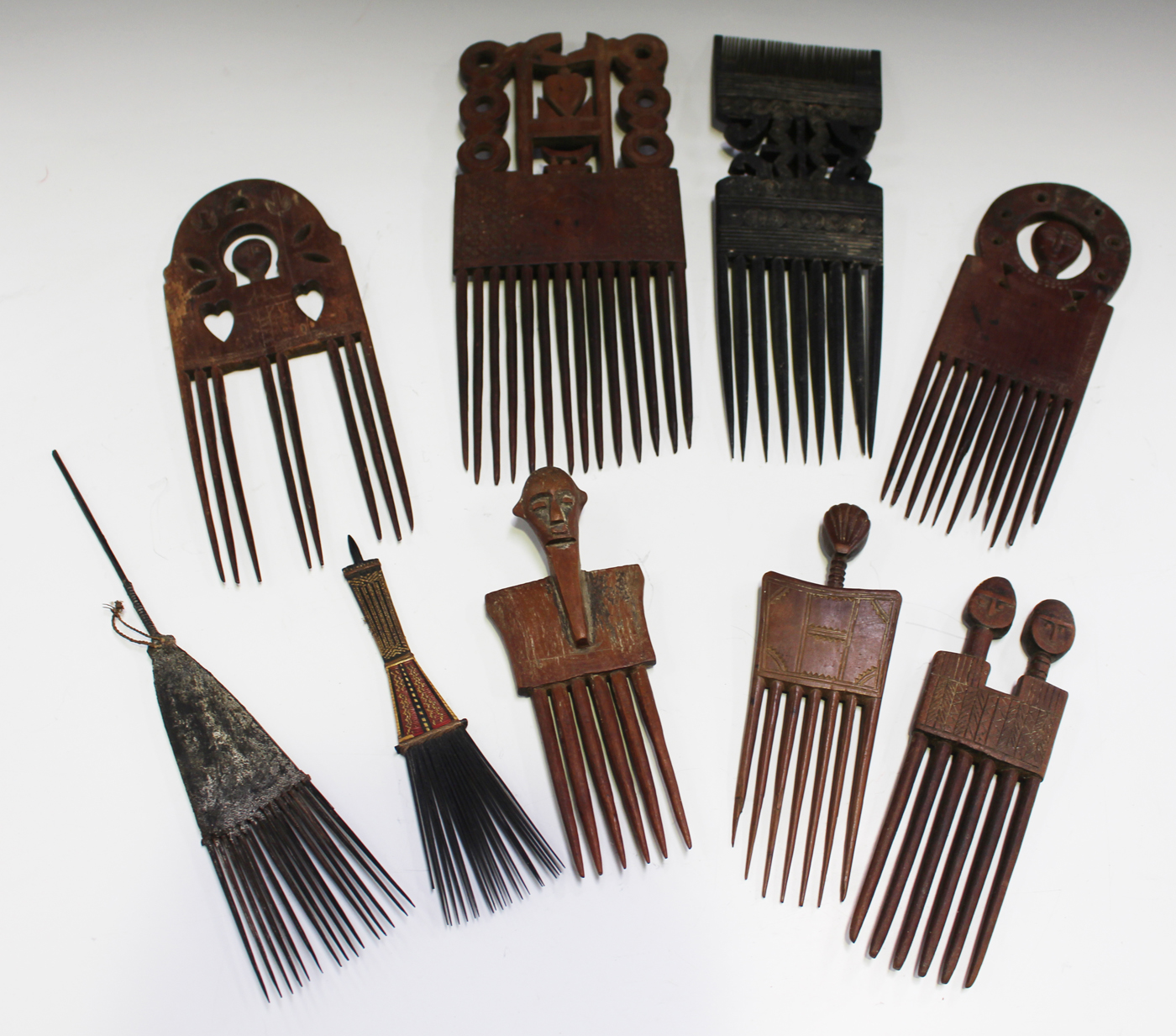 Nigeria still produces different variations of the hair pick and in different colors. Some are made of wood and others now have the metal ends following complaints that the plastic ones tend to bend with time.

The handles of the Afro combs are sometimes designed as human figures or motifs while others are decorated with pictures of elements in nature and spiritual artwork. 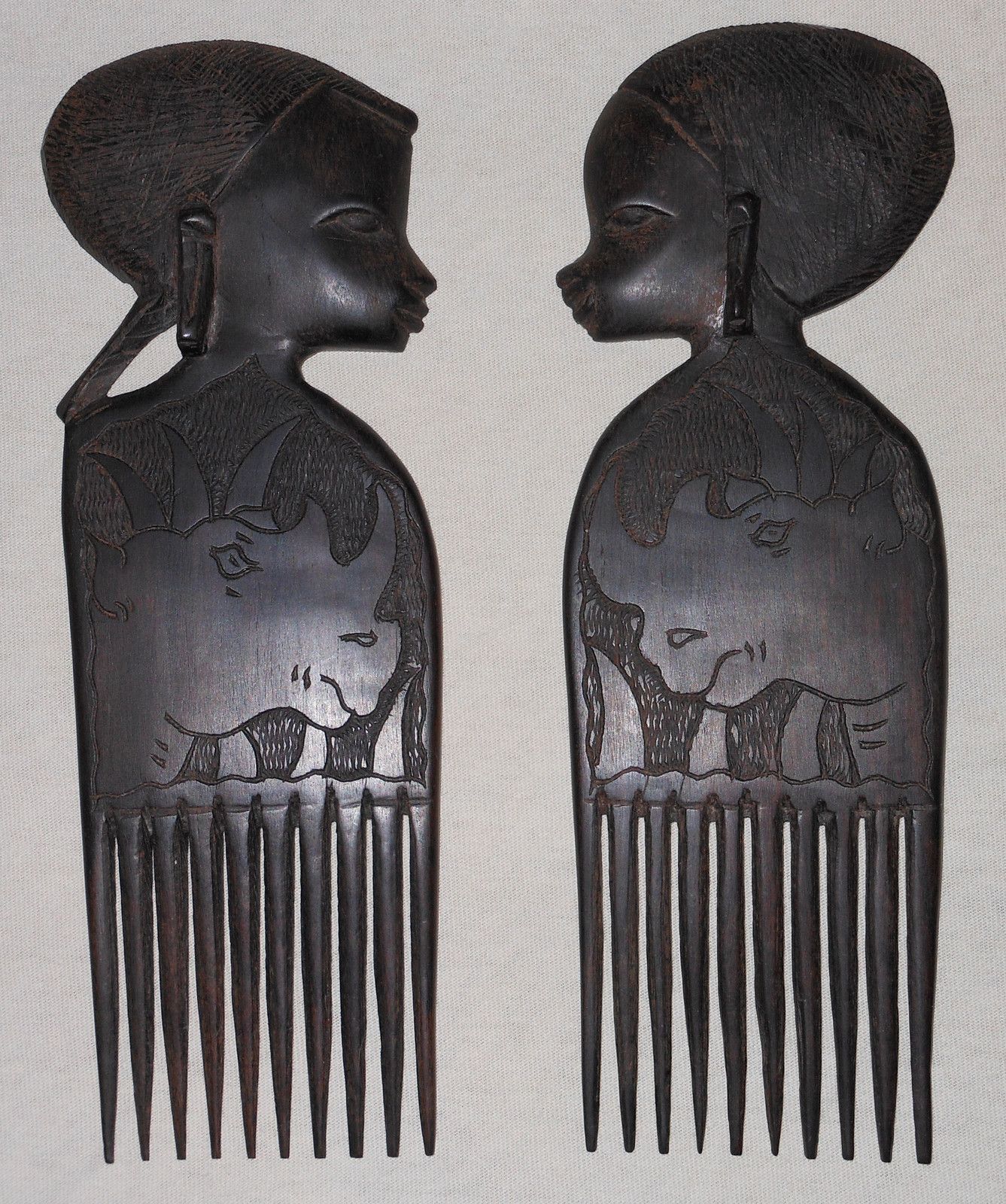 The latter part of the 20th Century, precisely the 1970s, saw the Afro comb gaining more grounds with relation to African-American culture and politics. The Black Power salute by the Black Panthers birthed the black fist designs at the bottom of the Afro combs.

Samuel H. Bundles, Jr. and Henry M. Childrey (Tulloch) patented the black fist afro comb after they introduced it in 1969.

Eventually, the combs were not just for keeping a neat afro; people would actually leave them in their hair as a sign of solidarity to the Black power moment and as a cultural statement.

The Black Civil Rights then also championed ‘Black is Beautiful’ and this saw more women beginning to appreciate their natural mane. African Americans began resisting pressures to conform to the standardized European beauty images that were shared by the media at the time.

Black women wore their hair in its natural state rather than keeping it silky straight with the pressing iron. Miriam Makeba and Nina Simone, together with many other prominent black figures at the time, started to wear their afros publicly in the latter part of the 20th Century. To them, it was a symbol of pride and cultural identity.

So when you walk into the beauty supply store to purchase an Afro comb or hair pick, know that you are not just buying an accessory to comb your hair as the styling tool represents much more.

To some, it represents ‘Black Power’ and ‘Black pride’. To others, it is a symbol of  ‘unity’ and ‘peace’ that speaks about the rich history of ‘Black culture and Identity.’

However, the use of the Afro comb now transcends the black community. Other people who are not of African, Caribbean or African-American descent now use the hair pick, especially because its wide tooth is good for detangling all types of hair. It’s also any curly hair’s favorite accessory.