The 1966 World Cup tournament is remembered for many reasons, but one that will forever remain in the history books is the fact that it is the only World Cup contest to be boycotted by the entire African continent.

Speaking with the BBC in Accra, Ghana, Monday, 74-year-old Osei Kofi, a retired Black Stars striker, remembered how they were denied a chance to lift the World Cup that year.

“We had the ‘Black Stars’ proper in those days. We had the men — those who were strong and those who were intelligent. That’s why we could have got the World Cup at any given time,” Kofi said.

In 1964, two years to the World Cup finals, Africa withdrew from the tournament in protest over FIFA’s decision to monopolize the contest by reserving the majority of slots for teams from Europe and America and lock out participants from other continents including Africa, Asia, and Oceania.

The 16-team finals were to include 10 teams from Europe, four from Latin America, and one from the Central American and Caribbean regions.

This meant that the three continents Africa, Asia, and Oceania had only one slot to compete for.

Through the then-Ghanaian Director of Sport Mr. Ohene Djan, Africa wrote to FIFA castigating its discriminatory selection of participants. In fact, Djan described the proceedings as an “unfair World Cup arrangement for Afro-Asian countries.” 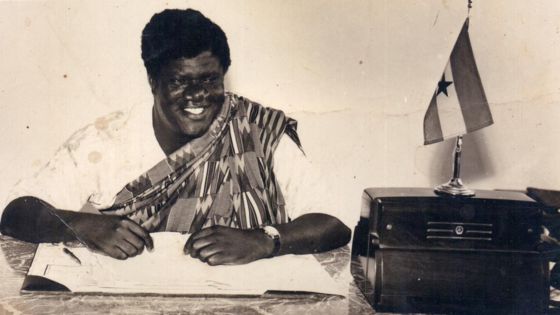 “Afro-Asian countries struggling through painful expensive qualifying series for one ultimate one finalist representation is pathetic and unsound STOP at the worst, Africa should have one finalist Stop Urgent — reconsider,” Djan, a member of FIFA’s Executive Committee, protested.

The late-Djan, who was also a member of the Confederation of African Football (CAF), is reported to have been under instructions from the first President of Ghana, the late-Kwame Nkrumah, to do whatever was necessary to put African football on the international stage.

Tessema Yidnekatchew, another member of CAF from Ethiopia, termed the discriminatory selection by FIFA as “a mockery of economics, politics, and geography.”

In their objection, the two African officials argued that the cost of organizing qualifying matches between African teams and those from Asia and Oceania was extremely expensive.

There was also a bitter row between FIFA and CAF, which was the equivalent of today’s African Union on the issue of Apartheid in South Africa.

Ultimately, Africa made good on its threat to pull out of the 1966 World Cup tournament unless it was given a place of its own, compelling FIFA, the world’s football governing body, to reserve a World Cup place for Africa.

Asia was also given its own slot two years after the controversial finals.