Young African mathematicians and scientists currently studying for their Masters degree programme at the African Institute for Mathematical Sciences (AIMS) will henceforth be entitled to winning a $10,000 cash prize. The prize is donated by the 2016 winner of the American Institute of Physics’ John Torrence Tate Award for International Leadership in Physics, Prof. Neil Turok.

AIMS is a pan-African network of centres of excellence for postgraduate training, research and public engagement in mathematical sciences. The AIMS vision is to lead the transformation of Africa through innovative scientific training, technical advances and breakthrough discoveries which benefit the whole of society.

In addition, its mission is to enable Africa’s brightest students to flourish as independent thinkers, problem solvers and innovators capable of propelling Africa’s future scientific, educational and economic self-sufficiency.

World renowned cosmologist Prof. Turok announced that he is donating the monetary portion of the award, a USD 10,000 cash prize, to the African AIMS, adding that the donation will be used to initiate the Thierry Zomahoun Scholarship at the institute, to be awarded upon graduation to an African student currently taking the AIMS Masters at one of AIMS five centres of excellence.

He said Thierry Zomahoun has served as President and CEO of the AIMS organisation for the past five years, adding that the donation is a token of esteem for the outstanding leadership Zomahoun has exhibited during his five years at AIMS, driving the expansion of AIMS from one to five centres, with a sixth to open in Rwanda in August.

I would like this scholarship to encourage students who come from disadvantaged backgrounds, overcome huge obstacles in their personal development, and show outstanding commitment to creating a better future for others. Thierry was a street kid who gained three Masters degrees and became an incredible manager and development leader. Africa needs more Thierrys,  said Turok.

“I can think of no better way to pay tribute to this honour, and to John Torrance Tate (who established the world’s top physics journal), than to support an AIMS scholarship in Thierry’s name. I hope this will encourage other donors to follow suit.” 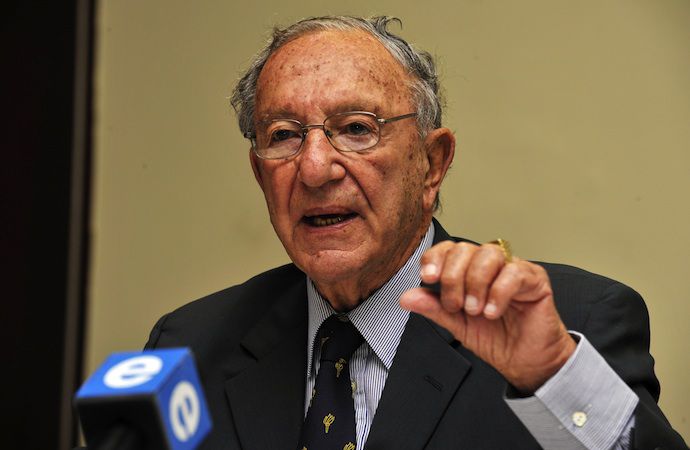 The prize is donated by Prof. Neil Turok, the 2016 winner of the American Institute of Physics’ John Torrence Tate Award for International Leadership in Physics

Prof. Turok is the Director of the Perimeter Institute for Theoretical Physics and the founder of AIMS. He is also one of the world’s most renowned physicists. He hopes that the cash prize donation will encourage similar contributions from public, private and non-governmental sources to allow more African youth to benefit from top quality training in mathematical science.

While commending the honour done him, Zomahoun said: This is a great honour. I am humbled by this scholarship in my name. We are determined to transform Africa into the next global hub for science. All forms of scientific endeavour and especially those that produce tangible results will be encouraged with the aim being to solve challenges in Africa and around the world.

Zomahoun is also the founder and chairman of the Next Einstein Forum (NEF), an AIMS initiative. The NEF was held in Dakar, Senegal from March 8 to 10, attracting over 1000 participants including top African scientists, policy makers and private sector leaders. It was the largest scientific gathering ever held in Africa.