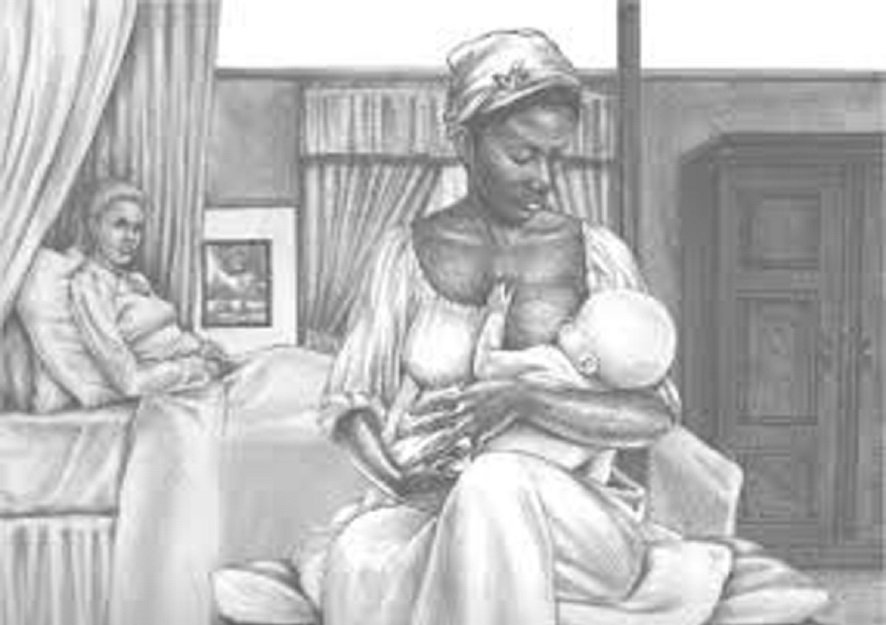 Image of a wet nurse…Face2Face Africa

In addition to their plantation duties, many female slaves were taken into the homes of their masters to serve their mistresses, cook, clean and wash for them.

If a mistress had too many children, the domestic worker was made to help in caring for the child.

After a while, female slaves were made to take the place of low-class women paid to breastfeed babies, a practice known as wet nursing.

The practice was an excuse for many white mothers to avoid breastfeeding with hopes of maintaining their stature and avoiding the “messy” part of motherhood. The act was perceived as a self-demeaning and women who were seen breastfeeding were often thought of as uncultured, poor and often shunned.

Once a slave mother had a child, she was quickly assigned to a white mistress and forced to breastfeed her white baby instead of her own.