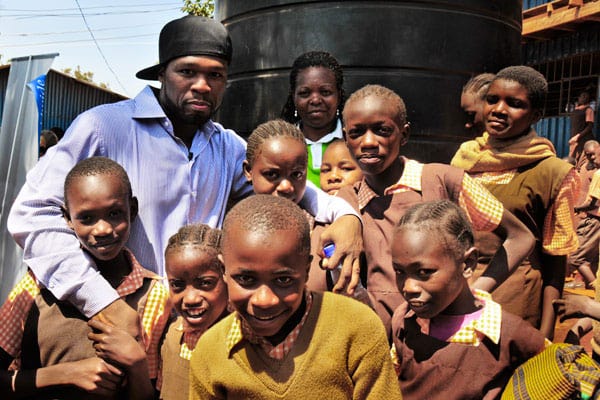 Business mogul and rapper Curtis Jackson, a.k.a. 50 Cent, recently set Instagram ablaze with his unexpected revelation that he is building a house in Africa.

SEE ALSO: Jo’burg Has Most Millionaires in Africa, Accra Projected To Have the Fastest Growing Number by 2025

With a net worth of 155 million, 50 Cent is well-known for his numerous business ventures, including his profitable stake in VitaminWater, his hit show “Power,” G-Unit clothing line, SMS Promotions boxing company, Street King energy drink, and more.

And while 50 Cent’s business dealings with South Africa’s billionaire miner Patrice Motsepe became public in 2008, many aren’t aware of 50 Cent’s donations and volunteering in the East African country of Somalia with the United Nation’s World Food Program in 2012.

And while 50 Cent’s activity in Africa makes him no stranger to the continent, his fans didn’t expect him to post the following to Instagram over the weekend:

My crib is almost finished in AFRICA. I’m gonna have the craziest House warming party ever. I’ll explain later ? I got a good life Man. #EFFENVODKA #FRIGO #SMSAUDIO

His weekend posting set social media platforms, such as Twitter, on fire, with many wondering just where his new house is located.

While 50 Cent is mum on the location, it is only a matter of time before it is disclosed.

In July, a jury would order Jackson to pay $5 million to a woman for leaking her sex tape.  Soon after, 50 Cent would file for Chapter 11 bankruptcy, calling it a “strategic business move.”