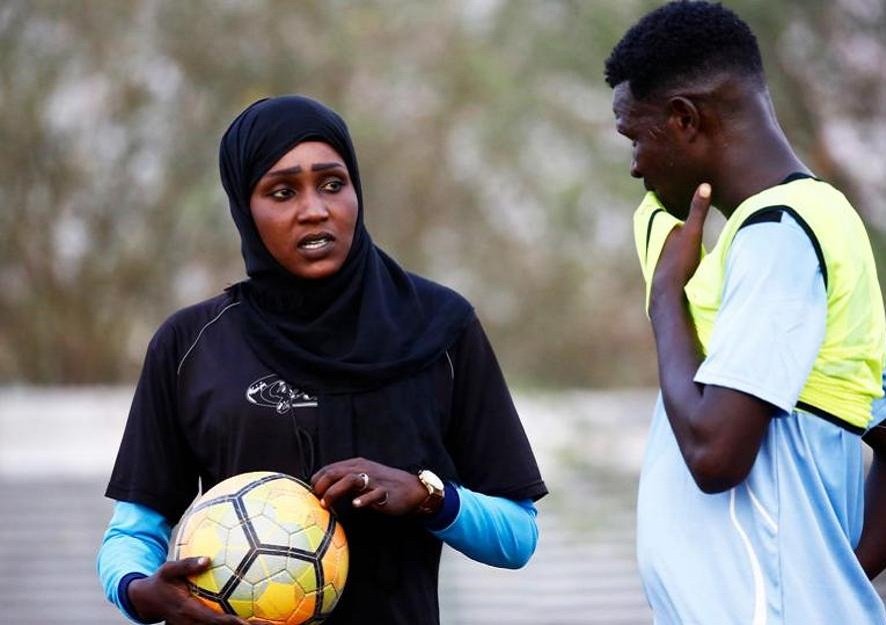 Salma al-Majidi with one of her players — Hindustan Times

Salma is the coach of Sudan’s male football club, the Falcons of Jediane. She becomes the first woman to hold such a position. Passionate about football since she was 16, she started her career coaching the under-13 and Under 16.  She holds the Confederation of African Football B badge, which permits her to coach any first league team on the continent. Not only has two teams under hear topped their leagues, but also she was named as one of BBC’s 2015  “100 inspirational women”.