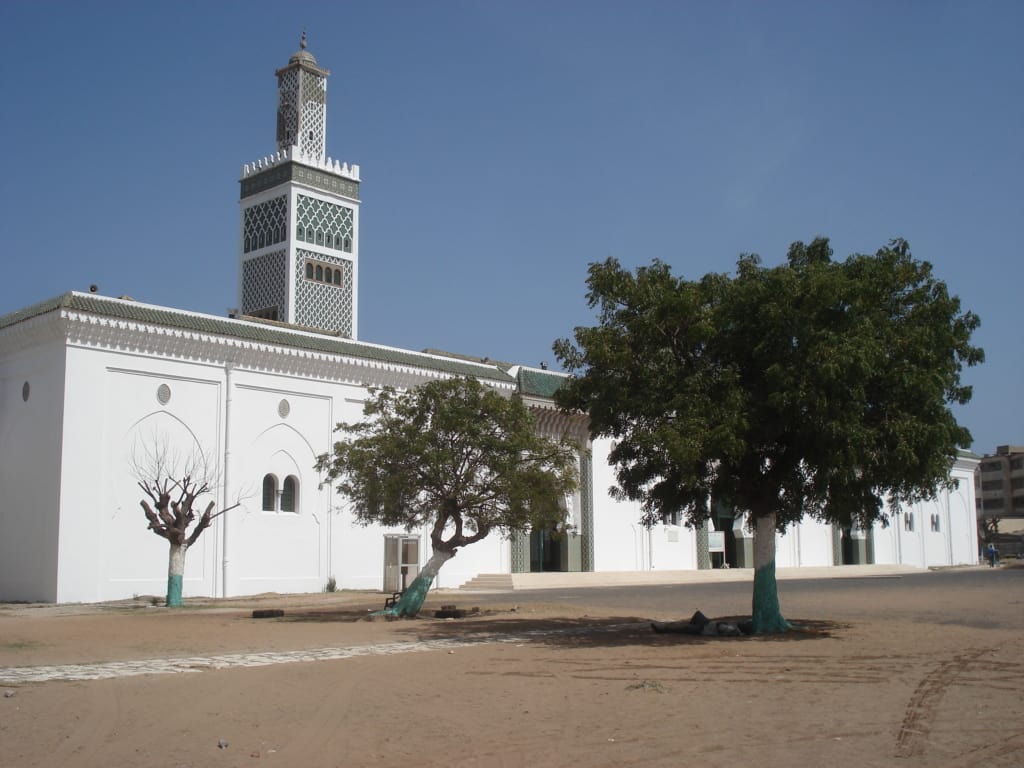 The richly decorated Grand Mosque of Dakar is stylistically similar to the mausoleum of Mohammed V in Casablanca. Its tower rises to 67 meters. The mosque is one of the most important religious buildings in Dakar. The structure, which is located in Allee Pape Gueye Fall, was designed by French and Moroccan architects and was opened in 1964 by King of Morocco, Hassan II, and Senegalese President Leopold Sedar Senghor.