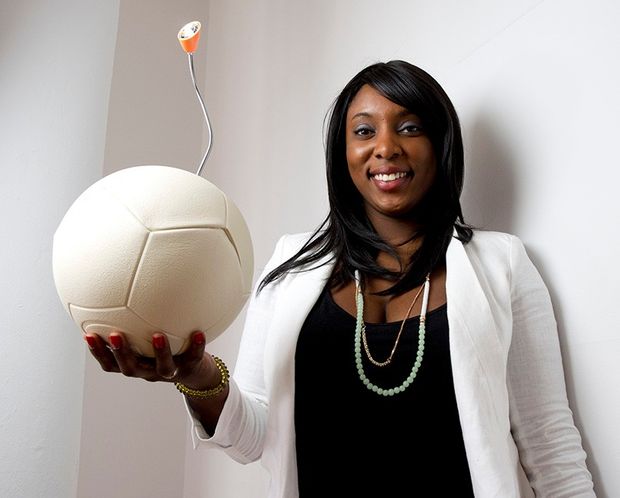 The dual citizen of Nigeria and the U.S. is the founder of Uncharted Play, a company that uses renewable kinetic energy solutions to generate clean, consistent, and cost-efficient power for communities, facilities, and the Internet of Things.

The company first made headlines for its energy-harnessing soccer ball, called the Soccket, that could power a lamp, cell phone or other devices after a few hours of play. At age 22, Matthews came up with this invention to help address the power challenges on the African continent.

The idea to play ball and at the same time have it producing light in the dark attracted many including the former U.S. president and other charity organisations that distributed them to impoverished communities in Angola, Malawi, Senegal, Nigeria and Mexico.

Matthews and her team also created a jump rope called the Pulse around the Soccket concept. After some years, the company decided to pivot and started approaching corporate partners that could install the technology that went into the soccer ball and the jump rope, which the company named “M.O.R.E.” — Motion-based, off-grid renewable energy – into their existing products.

Uncharted Play now has more than 15 patents and in 2016, the company raised a $7 million Series A round, which made Matthews the first woman of colour to raise such a large amount.