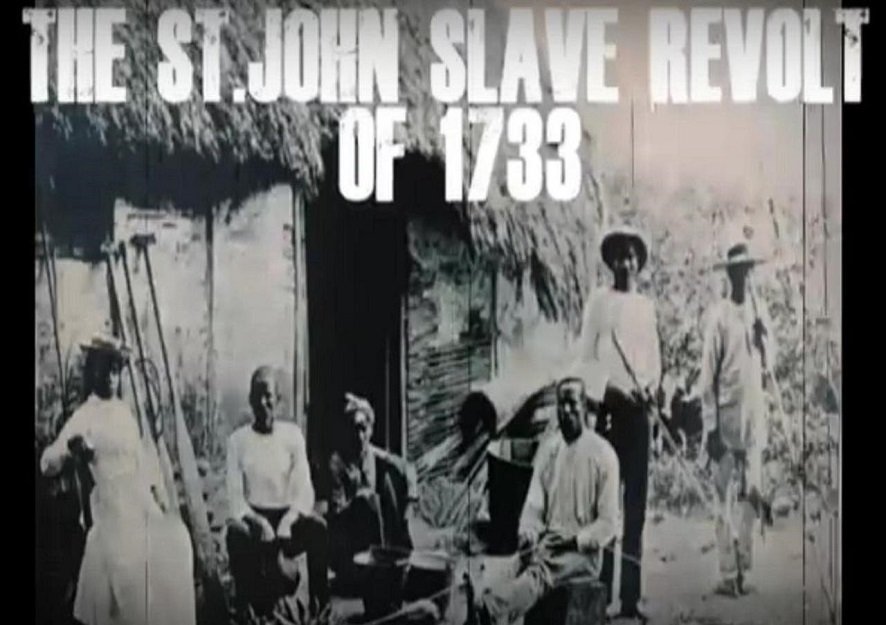 In 1733, Breffu, originally a Ghanaian woman was sold into slavery in Jamaica and owned by Pieter Krøyer in Coral Bay. She led other enslaved Akans from the Kingdom of Akwamu in Ghana in a massive revolt against slave masters.  With the support of Christian, another slave, she empowered over 150 slaves to stand up for their rights, rebel against their masters and take over the West Indies. Many of these slaves were royals and who had hopes of gaining their freedom and enjoying the privileges they enjoyed in the Akwamu Kingdom. The rebellion started on November 23, 1733, when Breffu and the rebels took over Fort Fredericksvaern and killed many soldiers while others killed plantation owners and set several enslaved people free. A few slave masters managed to escape off the island on their boats, and the Akwamu people took control of most of the island. They were successful until early 1934 when the French military had finally agreed to help the Danes regain the Island and their lost plantations. At the death of Breffu in April 1734, many were shocked and mortified that a woman singlehandedly led one of the most extended rebellions and take over known in the New World.