After Nigeria’s anti-graft agency, the Economic and Financial Crimes Commission (EFCC) uncovered a whopping $44.3 million at an apartment in Ikoyi, Lagos last year, the agency has made another discovery, this time, at the residence of the sacked Special Adviser to the president on Niger Delta and Coordinator of the Presidential Amnesty Programme, Brig.-Gen. Paul Tarelah Boroh (rtd).

A combined team of operatives from the EFCC and the Office of the National Security Adviser (ONSA) discovered the $9 million cash after storming his home, Gwarinpa, Abuja, on Monday to effect his arrest, local media This Day reports. 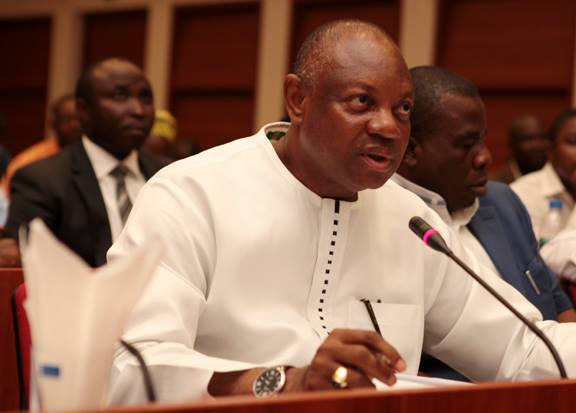 Boroh, after his arrest on Monday, was sent back to his home the following day by the security operatives and that is where a raid in his house made the cash discovery.

“The former adviser was driven to his home in an unmarked car after his arrest. His home was searched for several hours and about $9 million cash was discovered in several safe boxes in several parts of the house,” a senior security agent told This Day.

“The combined team of EFCC and the National Security Adviser operatives were very thorough with the search. Indeed, at a point, the operatives broke all the locks in the home including his wife’s closet. The recovered cash has been deposited at the Office of the NSA.”

Boroh is currently in the custody of the EFCC.

President Muhammadu Buhari last week dismissed Boroh as the coordinator of the Presidential Amnesty Programme following allegations of financial misconduct and other activities that were negatively affecting the operations of the office. An advocacy group, the Niger Deltans for Accountability and Good Governance (NDAGG) had earlier petitioned the president to sack him over what they described as his incompetence and corrupt practices.

The $9 million cash discovery at Boroh’s residence adds to the number of similar discoveries made by the EFCC in the last two years, including the $44.3 million found in the apartment at Ikoyi following information provided by a whistleblower. The government in 2016 approved a policy on whistle-blowing that aimed at encouraging Nigerians to report financial crimes.