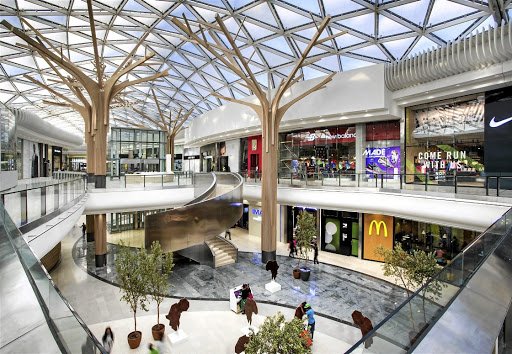 Located in Waterfall city, Midrand, Gauteng, in South Africa, the mall is the biggest shopping centre built in a single phase. Owned by the Atterbury Property group, the mall occupies a total of 131,000 square meters and can contain about 6,500 cars. Opened in 2016, the mall design was inspired by Africa’s geological features and has anchor tenants including Woolworths, Game and Checkers. The Mall of Africa has two main levels of shopping as well as an outdoor restaurant plaza which connects directly to the Waterfall City Park.