Scores of visually impaired people often have to rely on those around them to help them in their movement and identify everyday objects and situations. Their lives are usually dependent on human contact that might not always be available.

It is sad to note that technology, which can provide some sort of convenience, is usually not available for a majority of the visually impaired community; even those with technology do still face some challenges.

That is where BeSpecular, a South African-based mobile application steps in; it provides an innovative, simple and quick way for blind people to lead more independent lives by enabling them to “see” through the help of sighted volunteers around the world who are connected to the app.

How does it work?

On a daily basis, a visually impaired person takes a photo of the object or situation that they need to be identified and asks a sighted person to reply with a voice or text message. When the request is sent, the BeSpecular community of sighted people, what the founders call “sightlings” or volunteers receive a notification on their smartphones and those who are available will reply with a voice or text message.

Within minutes, the visually impaired person will receive a reply and then rates out of 5 stars the helpfulness of the sightling.

“The first time I used it I was about to chop an onion and I was uncertain if it was a white or red onion that I’d taken, so I snapped a picture,” said Chris Venter, a 43-year-old blogger.

“It took me about 30 seconds before I had the first response,” he added.

The groundbreaking app to help the blind “see” was started by a Johannesburg-based social entrepreneur, Stephanie Cowper, the co-founder and CEO of the BeSpecular startup. 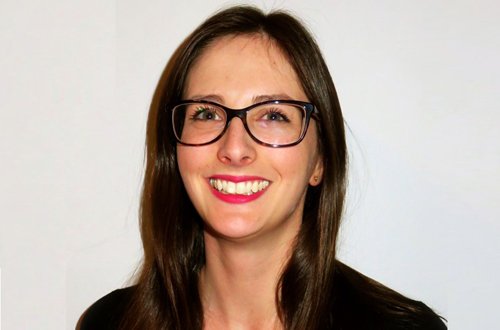 The 26-year-old global disability advocate, who is passionate about technology that would impact the lives of the world, developed BeSpecular with three other students as part of a summer school course in technology entrepreneurship at Stanford University in California, United States.

“We wanted to combine our passion for helping the community, with our technological know-how. After an in depth analysis of the various markets, we felt that the disability space, equalling 1 billion people has largely been left untouched. It was an area where we could use our tech skills to have the largest impact, and that we would begin with the largest group of people with disabilities, those who are visually impaired – which totals 258 million people worldwide, and over 1 million people in SA,” said Cowper in an interview with SME South Africa.

The app was launched on World Sight Day on October 13, 2016, and has so far had more than 10,000 subscribers in over 50 countries including Namibia, Canada, the US and Italy.

Like a dating app, the app uses an algorithm to connect the right people – volunteers of similar age and physical location to the visually impaired, according to Cowper.

BeSpecular is not the only app helping the visually impaired, as there are other camera applications that uses algorithms to identify what is in the picture, such as TapTapSee, and the Danish app Be My Eyes.

Although there are concerns about privacy and how Cowper’s add can easily replace human contact, what thrills the South African techpreneur is the positive feedback she gets from both blind users and sighted volunteers on the app.

“I love waking up in the morning to find emails about how happy a mother in London was to help a lady who’s blind read the user directions on her new facial cleanser.”

“We love hearing about how easy our blind users find the app to help them get around everyday tasks that might have been as an issue because there wasn’t a sighted person around,” she said.

On BeSpecular’s website, testimonials have also explained the advantages of the app. Lelia Struve, a visually impaired person wrote: “The Sightlings I’ve dealt with have really helped me in many, many ways. Even when I’ve had to make 3 requests that have been very patient. The Tips & Tricks section is really helpful regarding how far to pull the camera away from the object. This is a great app and I hope it does not go away anytime soon! This is about as good as a barcode reader, but even better because of the human interaction. Keep up the good work!”

Cowper was in 2016 awarded, along with other women, the Techpreneur of the Year Award by Forbes Africa Woman as well as the Innovator Recognition Award at the MTN Women in ICT Awards.