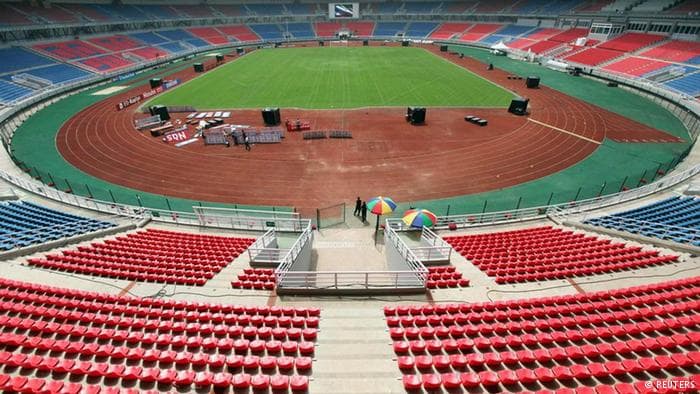 Equatorial Guinea has agreed to host the African Cup of Nations, after Morocco was banned from the event for refusing to hold it earlier this week, according to BBC Sports.

Consequently, Hayatou said of the agreement, “The head of state of Equatorial Guinea agreed to host the competition. As a result, the CAF executive committee confirms that the tournament will go ahead and Equatorial Guinea will compete as the host nation.

“CAF wishes to express its sincere thanks to the Equatorial Guinean people, its government and particularly president Obiang.”

Equatorial Guinea had originally been disqualified from the Cup in July for allowing an ineligible player to play in a match against Mauritania on 17 May, but now because they have agreed to host, they will be permitted to take part in the competition.

As for Morocco, they have been banned from the African Cup of Nations for their refusal to host the toughest intra-continental tournament in the world.

Morocco’s refusal to host the African Cup in January 2015 has further ruffled the relationship between sub-Saharan Africa and their North African counterparts.

It has long been an open secret that there are tensions between the sub-continental Northern and Southern nations of Africa. This tension is not solely because of the competitive nature of association football.

Sudan and the newly created South Sudan is a prime example of this tension that exists on a greater scale. In the former undivided Sudan, the Arab North held most of the political, economic, and social powers, marginalizing the Nubian South.

This has led to long civil war and the separation of the two races into two nations.

According to some political sports analysts, this historic racial tension — and not the Ebola epidemic — is the real reason for Morocco’s refusal to host the tournament that celebrates African football bi-annually.

Fueling the belief that Morocco’s refusal is unreasonable is the fact that FIFA confirmed that the North African nation will still host the World Club Cup next month; this FIFA tournament is much riskier to host in terms of the volume of supporters coming from outside Morocco.

Therefore, this is part of the reason CAF voted to kick Morocco out of the African Cup tournament.

Not all analyst on the continent agree with CAF’s position, though. Some sub-Saharan Africans share Morocco’s alleged Ebola concerns: South Africa, for instance, has refused to play substitute host based on inadequate time to prepare. Ghana has also refused to step in as a substitute because of the proximity of the epidemic-prone nations.

Dr. Kofi Amoah, who chaired the 2008 edition of the tournament in Ghana, believes it virtually impossible for any nation to host the tournament given the limited amount of time they would have to prepare.

In an interview with the BBC World Service, he said, “It could become a disgrace to African football…60 to 70 days will not be adequate for most countries.”

“There is a lot of stuff [to do]. Accreditation systems, security, which is very important. Without that, it’ll be a mess.”

RELATED: AFCON Insist on Holding Africa Cup But Morocco Not Keen On Playing Host Due to Ebola