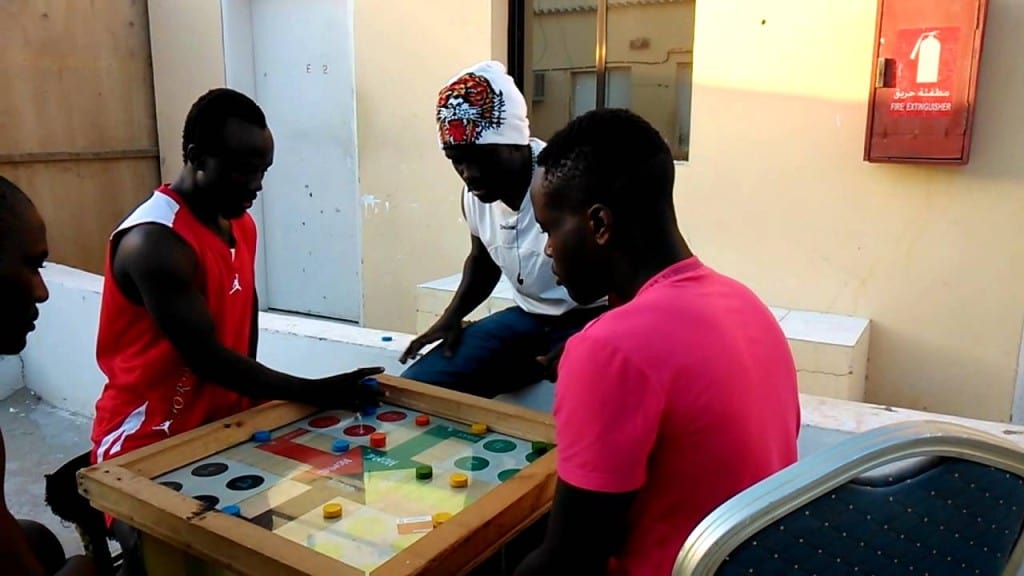 I often begin telling my life story with the words, “My mother is from Uganda, and my father is from Ghana….”

And as a child, my life growing up in America was characteristically insular with immigrant parents: my days were often punctuated interacting among my mother’s Ugandan community, a handful of my father’s cousins (various Auntes) as well as extended family (from Nigeria, South Africa, and Sierra Leone).

It was a rich experience in foods, languages, and identity.

SEE ALSO: East African Youths Do What We Love To Do: Dance! 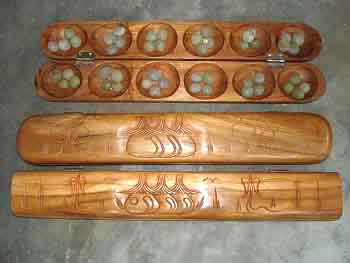 A recent video, though, brought my childhood experience flooding back to me when I watched a young Ghanaian fisherman describe both he and his community’s love affair with the ancient African game of Oware (pictured at left) as well as Ludo (pictured top), which reportedly has its roots in India.

Immediately, a delighted smile crossed my face as I remembered spending HOURS playing both games with my parents, particularly my dad.

While my dad did introduce Oware to me as a preteen, Ludo was his game of choice on most nights. 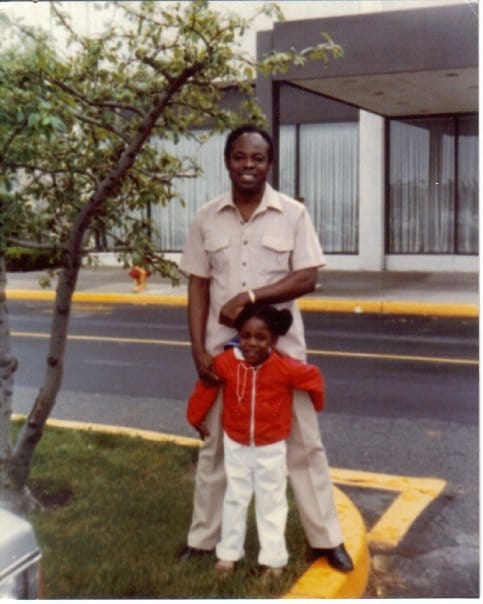 My father and I outside Cornell University, where he used to teach.

I have vivid memories of the both of us playing Ludo in our second apartment when we first moved to the east coast state of New Jersey.

After my dad, a professor, would finish a day teaching at the university, he would pick me up from my elementary school, and irrespective of the different destinations we would visit thereafter, most nights would end with a game of Ludo.

And while my memory fails to recall who actually won most of those games (even though my dad would be the obvious bet), the best part was the time spent together, laughter, and boisterous accusations of the opponent cheating (it really could go either way!).

I was reminded of the natural joy and excitement of the game while watching the fishermen of Senya Beraku play.

Experience it for yourself here: