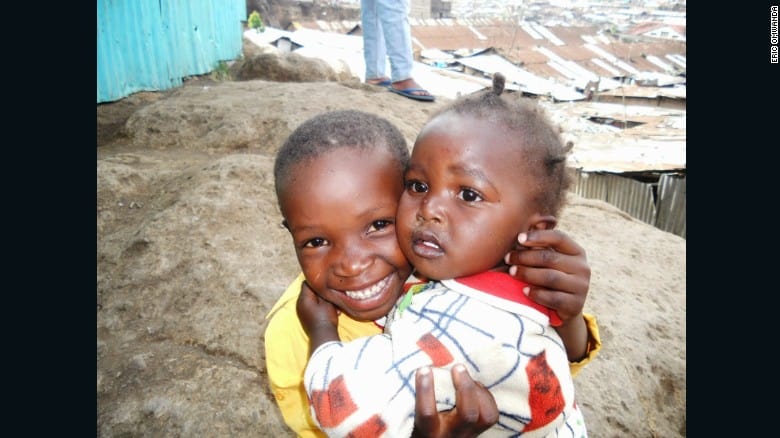 As in South Africa’s Johannesburg, Eric Omwanda (pictured below) uses photography to broaden the horizons of youths living in Kenyan slum Mathare with photography, according to CNN.

Growing up in Kenya’s second-largest slum, 23-year-old Omwanda knows firsthand just how difficult it is to overcome generational poverty, crime, and unemployment.

Now a successful freelance photographer and football coach, Omwanda, who was a finalist in last year’s Commonwealth Africa Region Youth Worker of the Year, takes great pains to ensure that he lifts the next generation of children up with his skill of photography.

“I feel a connection with the kids. Although I come from a humble background, I felt the need to give something back to my community.”

Consequently, his Mathare Foundation contributes to his community by teaching about 60 youths photography and engaging them with sports.

“We try to relate the photography training to what the kids know already,” says Omwanda. “We teach in three stages: theory, where they learn about the basics like the f-stop and exposure; practical, where they learn how to handle the cameras; and fieldwork, where they go out and shoot.”

And while his foundation is fully dependent on donors, Omwanda has already had success partnering with top-tier camera maker Canon.

In 2014, Canon gave 30 digital cameras to the Mathare Foundation, with one of Omwanda’s volunteer teachers, James Otieno, being selected as a runner-up for the Canon Kenya Photography Awards in 2015.

In addition to his photography classes, Omwanda hopes to establish the Slum Kids Festival, which would celebrate his students’ work for a week.

His ultimate hope is that his students can use the skills they learn to secure a job, perhaps in a newsroom or freelancing. At the very least, Omwanda wants them to be positive role models, and inspiration for other kids in the community.

“I want them to become ambassadors of peace,” he says.

At press time, Omwanda has only managed to raise $50 out of his $4,500 goal for his Slum Kids Festival.