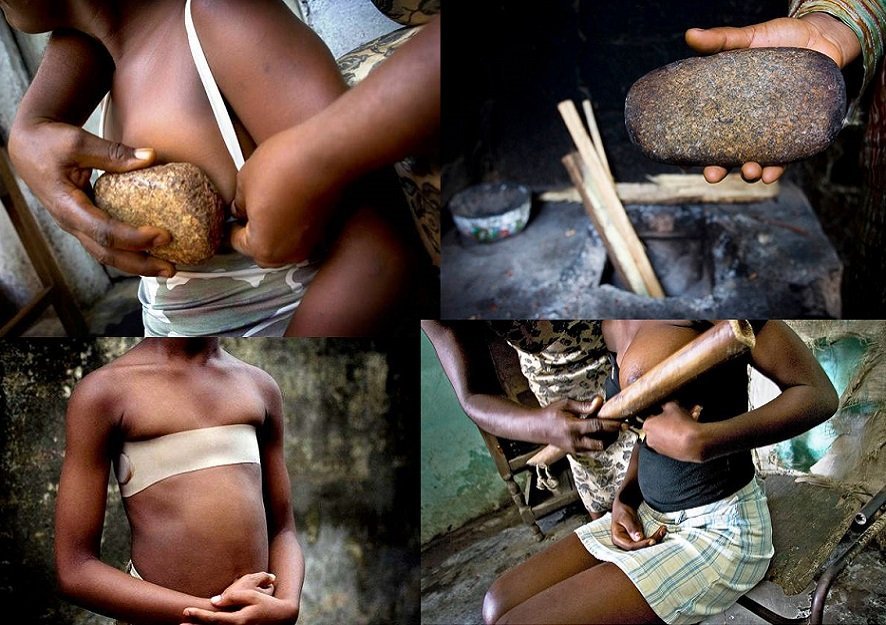 Breast ironing is the pounding and massaging of a girl’s breasts to stop them from developing. It is practised mainly in West and Central Africa – Benin, Chad, Ivory Coast, Guinea-Bissau, Guinea-Conakry, Kenya, Togo and Zimbabwe – as well as Cameroon and South Africa. Mothers or female relatives usually use hard or heated objects including stones, spatulas and pestles to flatten the breast.

The German development agency GIZ and the National Network of Aunties (RENATA), a Cameroon-based nongovernmental organization found out that 25 percent of the 5,000 girls and women interviewed in a 2005 survey had been subjected to some form of breast ironing.