Africa has had its fair share of political amazons, women who have headed government and pulled as much weight as the men folk on the political scene. Consequently, below is a countdown of the top women who have influenced the political landscape in their home country or Africa as a whole. They may not have all led their countries as presidents or heads of government, but they all enjoy reasonable political influence and popularity. 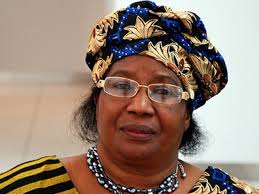 Joyce Banda became president of Malawi in April 2012, after the sudden death of President Bingu Mutharika who she served as vice president. She immediately launched sweeping changes to the business of government in Malawi and promptly embarked on a charm offensive to repair Malawi’s image on the foreign scene while restoring relations with aid donors.

She also switched diplomatic alliances from Taiwan to China, which she considered more economically beneficial. Banda sold off the presidential jet and a fleet of 60 luxury cars and ordered a 30 percent cut to her salary.

Despite her best intentions, Banda’s tenure was marked by rising inflation, allegations of corruption, and controversies surrounding the repeal of a law criminalizing homosexuality. Banda and her Malawi’s People’s Party, which she founded, suffered a heavy defeat in the May 2014 presidential elections.

Still, Banda made her mark in Malawian politics, and in 2012, she made the list of Forbes’ “World’s 100 Most Powerful Women” and had the highest African name on the list. 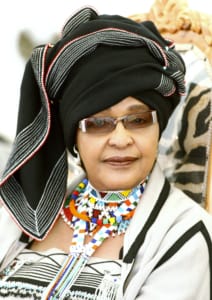 Activist, politician, and social worker, Winnie Mandela is remembered more as a former wife of the late-Nelson Mandela, whom she divorced in 1994 after 38 years of marriage.

Winnie Mandela is quite the controversial character and she means different things to different people. Her supporters hail her as the Mother of the nation for her role in the South African anti-Apartheid struggle.

Yet, she is equally reviled by critics who point to her indictments of corruption, abductions, and murder.

Winnie Mandela is a popular symbol of the African National Congress (ANC) party and the single most-recognizable female figure from the anti-Apartheid struggle. She endured months of imprisonment and torture during those years and was awarded the Robert F. Kennedy award for human rights.

Winnie Mandela remains an influential political figure in South Africa and secured the fifth place in the ANC’s electoral list for the 2009 general elections. 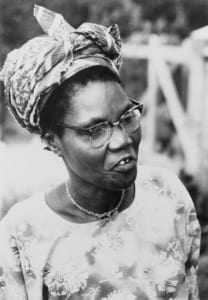 Funmilayo Ransome-Kuti may well be remembered as the first Nigerian woman to drive a car. She was also a civil rights activist, political campaigner, and one of the earliest advocates for women’s right to vote in Nigeria.

She contested and lost a parliamentary seat on the platform of the National Council of Nigeria and the Cameroons party. Ransome-Kuti was then expelled from the party and floated the commoners’ People’s Party.

Her political ideas took her beyond the shores of Nigeria due to her interest in communism as a form of government, prompting her to pay visits to the former USSR, Hungary, and China, where she met with Mao Zedong.

Ransome-Kuti was one of few female delegates who negotiated Nigeria’s independence from the British government. She touched the lives of many, and her activism lives on today in the lives of her children and grandchildren who continually take the Nigerian government to task on issues of accountability. 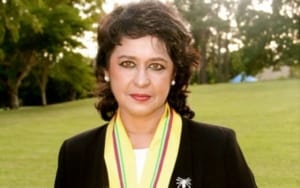 Ameenah Gurib-Fakim makes this list as one of two incumbent female presidents in Africa. She is the head of state and commander-in-chief of Mauritius.

Gurib-Fakim is a professor of chemistry with a long list of academic achievements. Not one to shy away from standing up against perceived injustice, in December 2013, Dr. Gurib-Fakim alleged she had been discriminated against in the selection process for a vice chancellor of the University of Mauritius.

She became the presidential candidate of alliance the Alliance of the People in December 2014. And while Mauritius has had a number of female heads of state, Gurib-Fakim is the first elected female president of Mauritius. 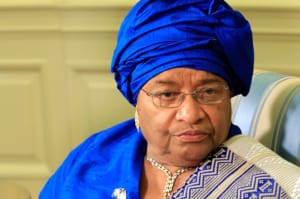 Ellen Johnson Sirleaf holds the distinction as the first elected female head of state in Africa. She is also a winner of the Nobel Peace Prize.

In 2005, Johnson Sirleaf contested for the seat of president again. She came in second behind George Weah in the first round of voting but went on to win the run-off by 59 percent to Weah’s 40 percent. She secured a second term in office in the 2011 presidential elections.

In 2006, one year after she was sworn in, Johnson Sirleaf instituted the Truth and Reconciliatory Commission. The report indicted Johnson Sirleaf, among several others. President Johnson Sirleaf then took the path of honor, owning up to her mistakes and promptly apologizing for her past indiscretions.

In 2010, Johnson Sirleaf signed into law a Freedom of Information bill, a first of its kind in West Africa. She also managed to negotiate a debt relief agreement with the United States, the International Monetary Fund and the World Bank.