When Ethiopia and Eritrea decided to set aside their differences and work together, many Africans welcomed the move and hoped other countries at odds with each other would borrow a leaf and sort out their issues.

Well, Sudan and Egypt have wasted no time to say that they would also like to mend their relationship.

According to AP News, the leaders of the two countries met in Sudan to discuss a number of issues, top among them the ‘longstanding dispute over a border territory held by Cairo and claimed by Khartoum’.

Egyptian President Abdel-Fattah el-Sissi met with President Omar al-Bashir agreed to get rid of all obstacles that would limit their cooperation.

“Of all my foreign visits to neighbouring and friendly countries, my visit to Sudan has a special status and a high priority,” el-Sissi said.

His sentiment was reiterated by al-Bashir, who acknowledged that the two countries had “lost several years” in disagreements over various issues.

The two countries are in dispute over the Halayeb Triangle, a piece of land at the border of both countries. Given to Egypt by the British, the land has been claimed by Sudan.

Attempts to resolve the dispute goes way back to 1995, but the attempted assassination of former president Hosni Mubarak caused the resolution to fall through.

In 2000, Sudan ceded the region to Egypt but in 2002, it stated that although Egypt controls the area, Halayeb Triangle still belonged to Sudan thus bringing up the dispute again. 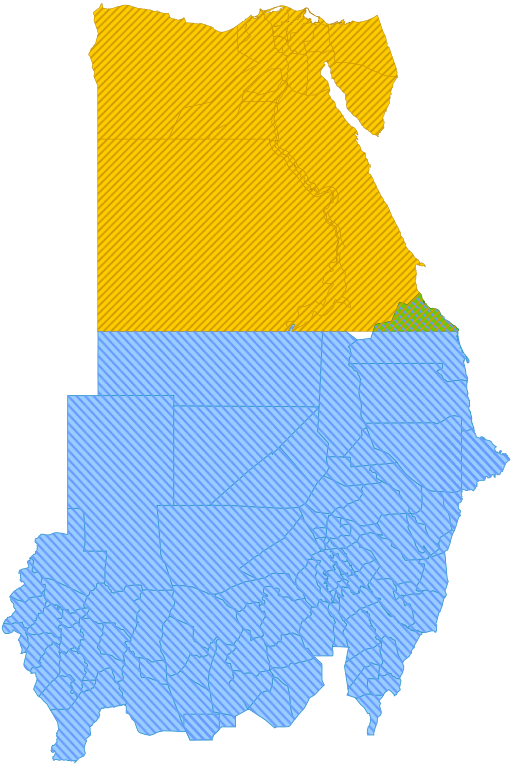 The two leaders acknowledged that there is still a long way to go to improve their relations.