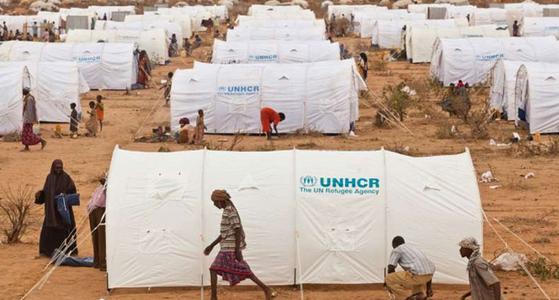 Kenya’s Dadaab Camp for refugees is inhabited by close to half a million people. Aid agencies are reporting that the need for support is significant, but they are looking at a shortage of funds of about US$25 million (£16million).

The camp is located near the Somali border and is populated by tens of thousands of people who fled Somalia last year, seeking to escape the disastrous effects of famine and the region’s worst drought in 60 years.

US$122 million (£79 million) was raised by the UK appeal for the food crisis. However, more money is needed not only for food, but also for shelter and medicine.

The survival rate in the camp is very low because of overcrowding. Many of the people still live in tents that are destroyed easily. The aid agencies need about 30,000 new shelters; however, they only have funding for about 4,000. Water supplies and sanitation needs are also not met adequately, leading to spontaneous outbreaks of cholera and other diseases.

The camp is set up as a temporary shelter, but for the refugees living there, the arrangements have become permanent. Usually the refugees have left behind everything, and have very little or no resources to try to move out of the area into a better living situation.

Security is weak at the camp, just last year two people working for Doctors Without Borders were kidnapped by gunmen and are still being held hostage in Somalia.

The camp needs a central governmental system to help organization and accessibility to funds easier, as well as tightened security.