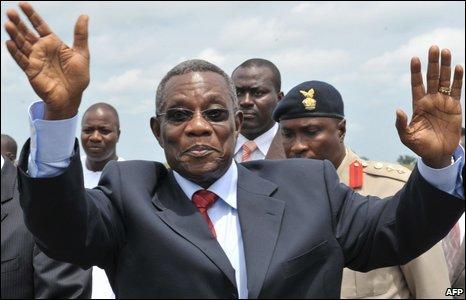 It is with deep regret and sadness that we report the death of the President of Ghana.

According to a statement sent to Reuters this afternoon by the President’s office, President John Atta Mills of Ghana has died.

It is said that the President, aged 68, died a few hours after being taken ill.

The statement also said, "It is with a heavy heart…that we announce the sudden and untimely death of the president of the Republic of Ghana."

No further details have been given; however, we will keep you posted on the developments as they come. 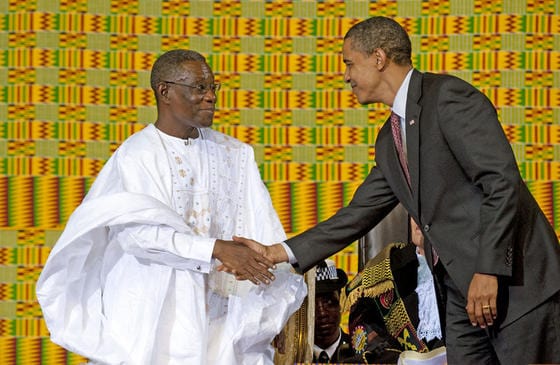 (Pres. Attah Mills With Pres. Barack Obama during his 2011 visit to Ghana.)