The Democratic Republic of Congo is on alert after at least 17 people died in the northwestern region over Ebola.

The ministry of health on Tuesday confirmed the outbreak of the disease in the Biriko region.

“Our country is facing another epidemic of the Ebola virus, which constitutes an international public health emergency,” the ministry said in a statement.

The outbreak comes a year after eight people died of the disease. It is also the ninth time the disease has been recorded in the country.

Dr Peter Salama, World Health Organisation Deputy Director-General, Emergency Preparedness and Response, stated that they are working together with the ministry of health to reduce the loss of life and suffering related to the disease. 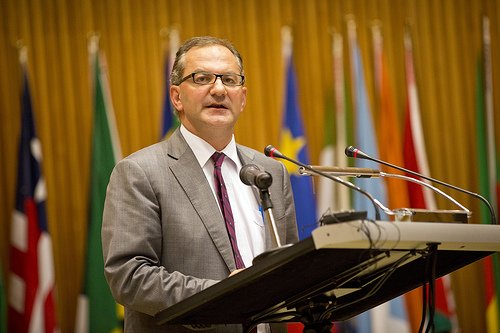 “Our top priority is to get to Bikoro to work alongside the Government of the Democratic Republic of the Congo and partners to reduce the loss of life and suffering related to this new Ebola virus disease outbreak. Working with partners and responding early and in a coordinated way will be vital to containing this deadly disease,” he said.

Before the outbreak, there had been 21 suspected viral haemorrhagic fever. However, the facilities around the Biroko area do not have adequate functionality and thus depends on international partners to provide facilities.

The worst Ebola attack on the continent was recorded in 2014 in Guinea, Sierra Leone and Liberia, where more than 11,000 people died.

Why the disease is dangerous

Ebola virus disease (EVD) is a severe, often fatal illness in humans. It is often transmitted from animals to people, and then from people to people by direct contact with infected blood, bodily fluids or organs, or indirectly through contact with contaminated areas.

Formerly known as Ebola haemorrhagic fever, the disease is named after Ebola River in DRC. It was first discovered in 1976.

According to the WHO, the incubation period of the disease is between two and 21 days. Some of the first symptoms include fever fatigue, muscle pain, headache and sore throat.  The other symptoms are vomiting, diarrhoea, rash, symptoms of impaired kidney and liver function, and in some cases, both internal and external bleeding.

The disease is difficult to diagnose and there are no vaccines to protect communities yet.

People remain infectious as long as their blood contains the virus and it may also persist in different fluids including amniotic and placenta fluids in pregnant women and breast milk in lactating women at the time of infection.