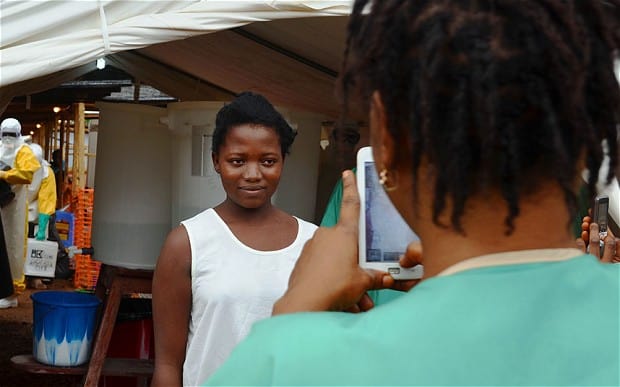 In studying Ebola survivors in Guinea, scientists have found a group of women that are immune to the disease, reports the Guardian.

Of their findings, they realized that even though the survivors were fully healthy, the virus remained in one-third of the semen but not the blood.

Afterward, they began a larger study this May and August, looking at another 130 survivors for their three-year program; they discovered that the virus is continually re-entering the blood of survivors but being immediately killed off.

Carroll explains, “What is likely to be happening is the virus is lingering around these immune-privileged sites like the gonads and the spinal cord but continually leaching into the body, but the survivor never experiences symptoms because it is instantly soaked up by antibodies and T cells [part of the body’s immune response].”

But the tests have also revealed a group of 60 women, who have had close and consistent contact with the virus, but appear immune to Ebola.

“These are phenomenal women who have had a horrendous story to tell. They have had lots of contact with the virus, clearing up vomit, diarrhoea, sleeping with children with Ebola overnight, and they never presented with Ebola symptoms and somehow they have an immune response to the virus,” Carroll said.

Of the group of women, 25 of them are from Gueckedou, the town where Ebola first emerged in December 2013.

And one of the women has been found to have Ebola antibodies in her system — even though she has never contracted the deadly virus.

Carroll says, “We tested her blood eight months later in May 2015 and she had a phenomenally strong neutralising antibody response to Ebola.

“It may be that these people are genetically unique and have an innate response strong enough to fight Ebola before it can get a foothold.”

The findings suggest there are people who are exposed to the virus but never become infected.

So far, other findings include that the immune response of survivors is 10 times stronger than those who have recently been given a vaccine.

“Quite likely what is happening is the reason they were so strong was the virus was leaching again and again into the bloodstream and this was boosting the immune system,” Carroll said.

And while researchers still haven’t been able to determine exactly why this group of women remain immune to the disease, Carroll says that her team will be looking to see if they can determine which part of the immune system is killing off the virus.