Your recent passing leaves me, and many others around the world with a very heavy heart, but with an inspired spirit. The legacy you leave behind is one of profound greatness and dedication to making a difference in the world through your self-sacrifice, kindness, innovativeness, and bravery.

Even though you made history upon being the first black African to lead the United Nations, you did not let this, or the title of Noble Peace Laurate get to your head and make you lazy or arrogant. You looked at the work that needed to be done, and you put all your heart, and Ghanaian grit into getting the UN back into shape. As I look back on your long legacy, I admire your work ethic, and diplomatic skills. You didn’t just lead a nation, you led nations. 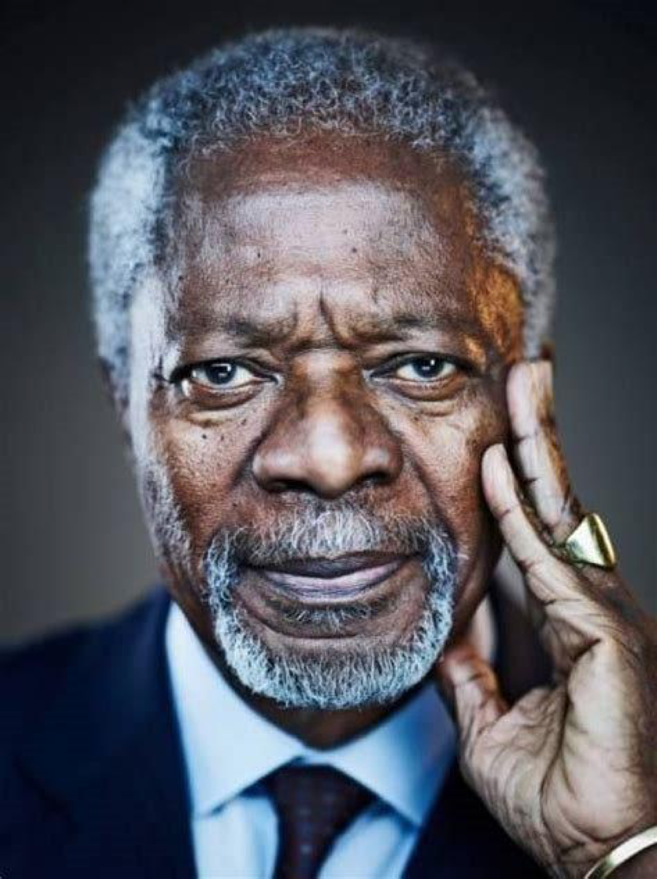 As a young Ghanaian-American growing in poverty, I looked up to you as a fellow Ghanaian who worked to create a bridge from misery to hope and was inspired to see someone who looked like me taking in such a big role in the world.

Your more than forty-years of service in the UN shows you dedicated your life to the service of others in need; from 1962 as Budget Officer (WHO) to 2006 as Secretary-General. You worked tirelessly to improve millions of lives around the world through your various diplomatic and non-profit initiatives.

While some people took your kindness, and soft-spoken manner as a sign of weakness. But you had more courage than any African or Diplomatic leader could’ve hoped to have during your tenure. You stood up to the United States Government (Bush Administration) during the invasion of Iraq, and even when they attacked you personally, you did not back down. You stood against a powerful empire such as the United States and spoke power to truth.

You were not the African leader that could be intimidated. Your actions and legacy showed young Africans like me that we could not only be leaders of Africa, but the world as well. To aspire, change, heal, and build. Throughout my years, I followed in your footsteps without even realizing it. You created inspiration on not just a conscious level, but on a subconscious level that carries on till this day. You never forgot who you were, or where you came from. And although you gave service to the world, you never forgot or became too important to bring your knowledge, skills and prestige back home to Ghana where a leader such as yourself was needed. Medaase paa.

You will be missed, but not forgotten because while you are physically gone, your legacy and spirit will live on within me; within all of us who seek to make this world a better place.