Perhaps you have seen this phenomenon where scores of “tourists” or “visitors” coming to an  “unprivileged” parts of an urban city. Yet despite its growing popularity around the world, poverty tourism is not new.

In 1984, the New York Times published an article called Slumming In This Town, where Mrs Langtry, a “slummer”, discussed the growing affection for the activity. She explained: “‘Slumming’, the latest fashionable idiosyncrasy in London, i.e., the visiting of the slums of the great city by parties of ladies and gentlemen for sightseeing, is mildly practiced here by our foreign visitors by a tour of the Bowery, winding up with a visit to an opium joint or Harry Hill’s…”

From New York and London to the Philippines, India, South Africa, Brazil, and Kenya, there have long been scores of tourists trying to understand life and inequality in urban areas. But while tourist responses to the experience have long been documented, including these experiences from shanty town tourists in South Africa in 2009, those whose lives and neighborhoods are being “watch” have often remained in the shadow, their reactions couched in summaries in the words of other researchers.

That is, until this recent article by Aljezeera, journalist Osman Mohamed Osman.

Osman, not only shares that tourism in Nairobi slum is growing and that many residents are angry at becoming an attraction for wealthy foreign visitors, he gives these residents a voice. Osman recounts the response of Musa Hussein, a 67-year-old who was born and raised in a Kibera, Kenya’s largest slum.

“Kibera is not a national park and we are not wildlife. The only reason why these tours exist is that [a] few people are making money out of it.”

Hussein’s view rings painfully akin to those of the reality of slave trading in Africa, where a few African elites propagated the trade because they made money from it.

Another resident, 34-year-old Sylestine Awino, is especially adamant that she does not want these ‘tourists’.

“This was strange. I used to see families from Europe and the United States flying to Mombasa to enjoy our oceans and beaches, seeing the same tourists manoeuvring this dusty neighbourhood to see how we survive was shocking.

I felt like an object. I wanted to yell at them, but I was afraid of the tour guides accompanying them,” Awino explains.

“Think of the vice versa. What would happen to an African like me in Europe or America, touring and taking photos of their poor citizens?,” she concludes.

For many Africans, these responses make sense. We have a long history of being viewed as “inferior” or “other” to those with cautious foreign eyes. Perhaps poverty tourism rings too close to the idea of human zoos, an activity of the colonial era where Africans were put on exhibit around many parts of their Western world; their appearance and livelihoods made to ridicule. 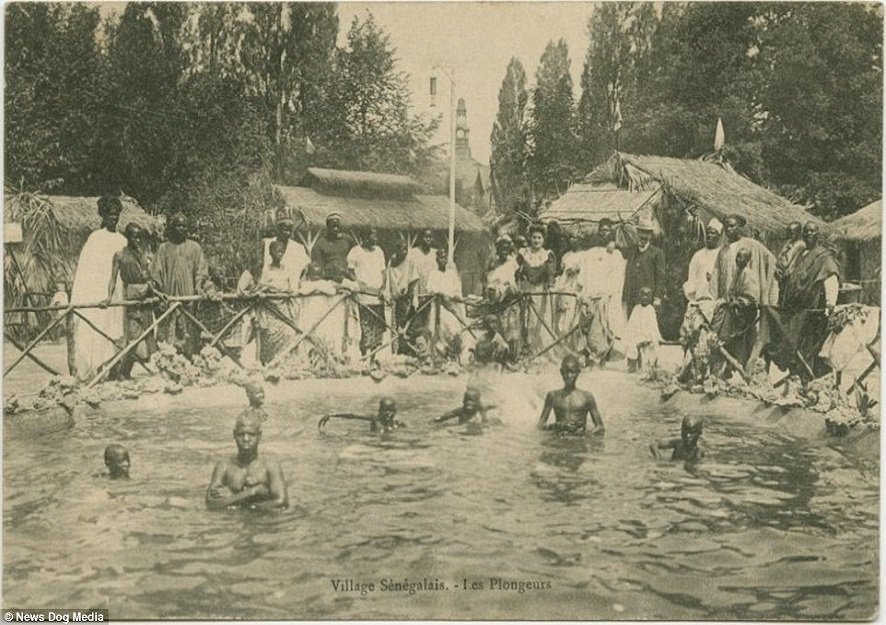 Take the story the Congolese who were deceived into being put on exhibit in Belgium.

In 1958, a group of Congolese men, women, and children were bundled to Brussels, Belgium for a World’s Fair that featured a Congolese Village.

The exhibition called the Kongorama was a way for Belgium to show its connection with the Congo (now DR Congo). It displayed items under various themes including arts and culture, in which the Congolese natives were featured.

Apparently, the Belgian government brought these Congolese natives to be staff at the fair…only for them to end up on display. They were also unfairly treated: placed in a dedicated building where they were transported to and from the fair and restricted from leaving the building. 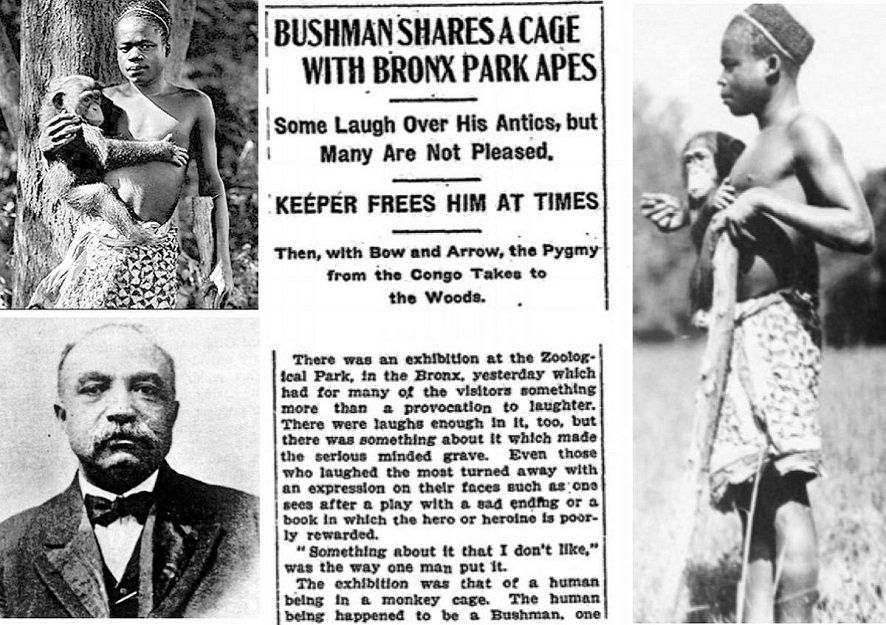 Or the story of Ota Benga.

Ota Benga, a Congolese Mbuti pygmy who was exhibited in New York’s Bronx Zoo in 1906 together with other animals.

Initially hired as a help in the zoo, Benga was later on used as an exhibit after the director of the zoo noticed visitors took a keen interest in him.

History says over 40,000 people came to see him every day, with his sharpened teeth and modern clothing but no shoes.

He was proficient with bow and arrow and entertained the crowd by shooting at a target.

Ota Benga’s exhibit, however, sparked outrage and following petitions and protests, he got released. But he committed suicide six years later after getting depressed and being unable to assimilate into American life. 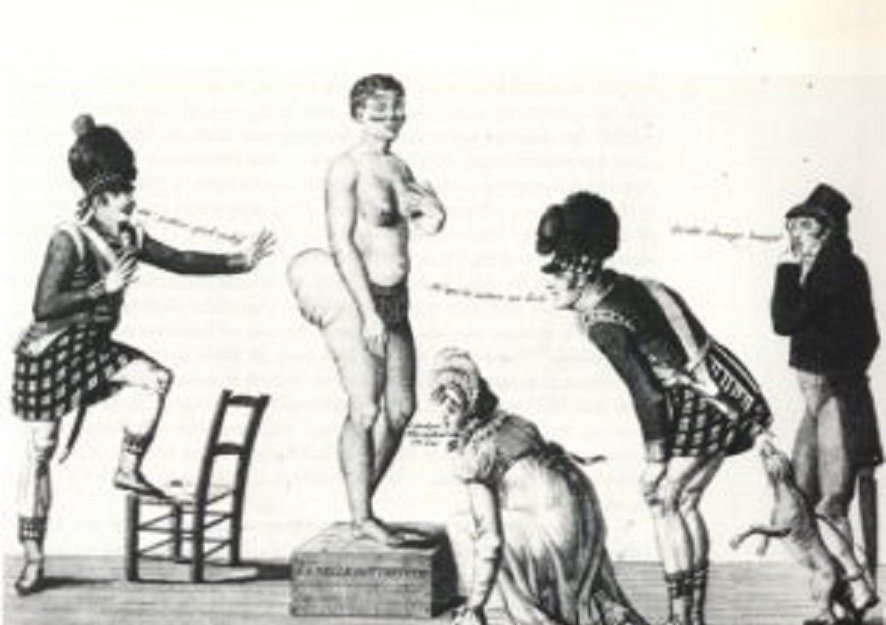 And that of Sarah Baartman.

Sarah Baartman lived during the slave trade days between the late 1790s and 1815. She was contracted to be displayed for the amusement of men in Europe. Sarah was first discovered when she was about 16 years old in modern day East Cape, South Africa. She was popularly known for her curve, and protruding buttocks among the locals and soon caught the attention of the Western colonialists who would send for her for their admiration.

Sarah stood naked on display in many towns across Europe and was continuously displayed at Picadelli, London, where several men would come and pay to see her buttocks and labia.

Unlike the usual display of many blacks in zoos and public places, Sarah’s display was different. She was not decorated to appear amusing or funny and was displayed in a private room exclusively for the admiration of men standing in suggestive positions. The men were often allowed to poke at her body. She said lied at just 26 from “inflammatory and eruptive disease” which has since been said to be the result of pneumonia, syphilis or alcoholism. Even then, parts of Sarah’s genitals were put on display until 1974.

Looking at the stories of human exhibits in Africa, it makes sense that some residents would find the activity likening to being considered “wildlife”. Although some Africans say they are doing good, especially local guides who bring these tourists to the area, it pays to listen to the ones who also remain cautious and down-right angry! Perhaps there can be meaningful ways to address growing inequality in our urban cities without putting residents in underserved areas on “exhibit”.