Among many ethnic groups in West Africa, the New Yam festival, since ancient times, have been celebrated usually during the month of August to September to thank the gods (or Almighty God in present day) for a good harvest, and for the protection and guidance throughout the season.

Yam is usually planted around December and January and harvested in most communities in August, with celebrations featuring pomp and pageantry.

In Nigeria, the New Yam Festival is celebrated annually by almost all ethnic groups but popular among the Igbos, in Southeast Nigeria, who are predominantly farmers and eat lots of yams.

Although the style and methods of celebration often differ from one community to the next, the essential components that make up the festival remain the same. 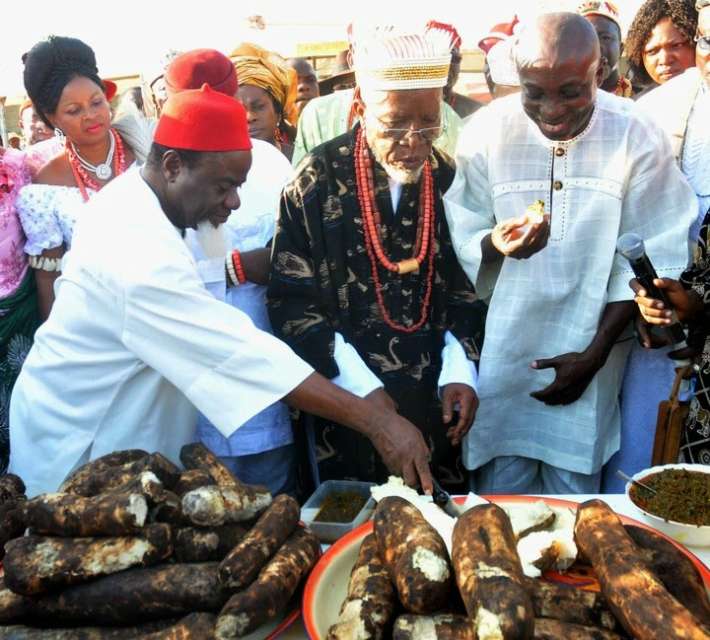 The New Yam festival is popular among the Igbos — Pulse.ng

For instance, on the eve of the festival, all old yams from the previous year’s harvest are either eaten or discarded in order to give way for new ones.

On the day of the festival, people serve only yam dishes in their homes, while others invite their friends and family, from their community or all over the world, to celebrate with them.

Usually, the traditional ruler of a particular community is expected to offer yam, whether cooked or roasted and mixed with palm oil to the gods and ancestors of the land. After this sacrifice and other rituals, members of a community can begin eating their already prepared dishes of yams or start celebrating.

For residents of Ilara-Mokin, a town in Nigeria’s western state of Ondo, the harvest season is celebrated in a rather unusual way – people beat themselves with sticks as part of the celebration. 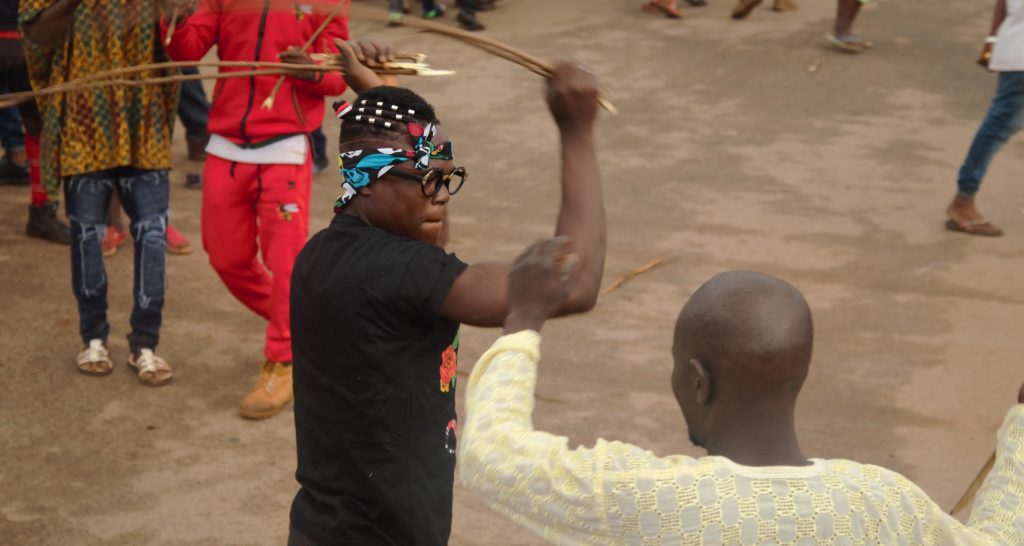 The festival began in the town last week, with revellers dancing and singing with joy without showing any sign of pain in spite of the stripes and wounds on their backs from the beatings, news site BBC reports.

Many people, including those from neighbouring states, returned home to participate in the festival, while others even sent money to their relatives to help them buy canes ahead of their arrival. 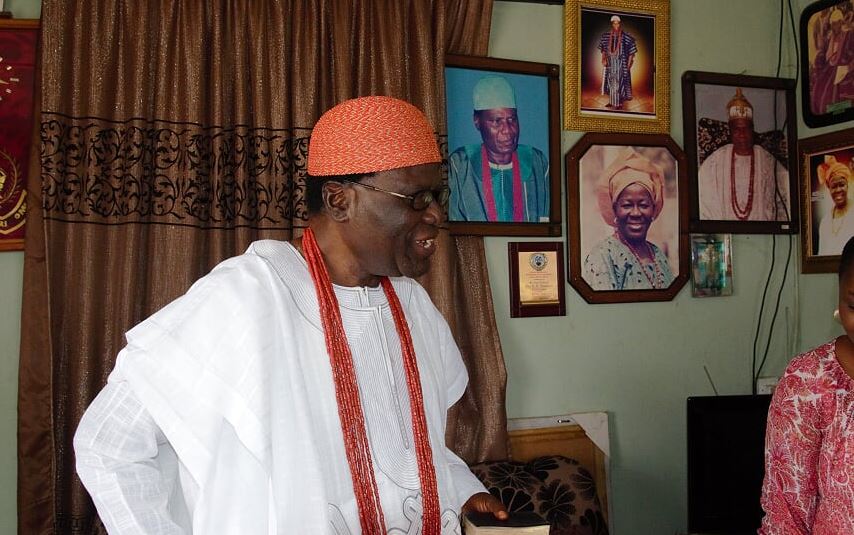 The King of llara-Mokin, Oba Aderemi Adefehinti, told BBC Yoruba that he was hoping to stop the practice of people whipping themselves but he admitted that it would be a difficult task since residents loved it and it is the festival’s centre of attraction.

Ilara-Mokin community is in Ifedore Local Government Area of Ondo State in Nigeria, with an estimated population of 45,000. People live in nuclear cluster settlement based on families and kinship with the king being the superior head in the town with his sub-chiefs. During the festivities, the king and local chiefs pray for a bountiful harvest in the coming year.

As per tradition, residents are forbidden from eating new yam ahead of the festival even when it becomes ripe for harvest-usually between June and late August or early September-until all expected rituals are performed.

Other accounts state that in the past, whoever even merely tasted the product, whether roasted, boiled or prepared in any other way, would suffer the repercussions. One of the most famous consequences is suffering a swollen ulcer on the lips, which meant that the gods had slapped the lips of the offender.

Watch the video below for details about the New Yam festival in Ilara-Mokin: