Although some people say that we live in a post-racial world, the art and statues of many slave masters, owners, and traders in their prominent offices and public spaces in the Western world decidedly remind us that we do not. For many people, especially Black people whose ancestors were enslaved, these relics celebrate the torture their families and remind them of a painful past.

It is in light of this heightened understanding and sensitivity to this issue that many cities are now taking the decision to remediate this wrong by tearing down controversial statues and removing art figures. In Britain, one woman is taking the lead in a personal way.

Cancer, writer, filmmaker and actress, Cleo Lake, who was just elected the Lord Mayor of Bristol has removed a 300-year old portrait of a slave trader, Edward Colston, from the wall above her desk. Colston’s portrait dates back to 1702 and was hung in the Mayor’s office when the City Hall opened in 1953. 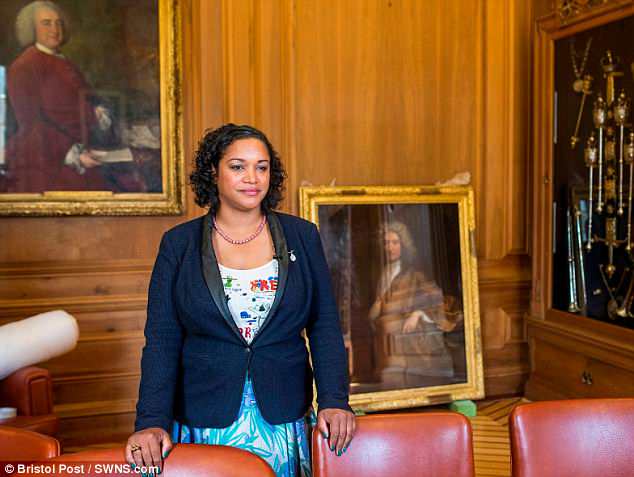 Cleo Lake, the Lord Mayor of Bristol, has removed a portrait of Edward Colston from the wall of her office because of his role in the slave trade. Source: Daily Mail

“I’m coming to the end of my first month in office, and this is my parlour, which is a lovely space,” Lake said. “I spend a lot of time here — I’m here nearly every day. I won’t be comfortable sharing it with the portrait of Colston,” Lake explained of her order. 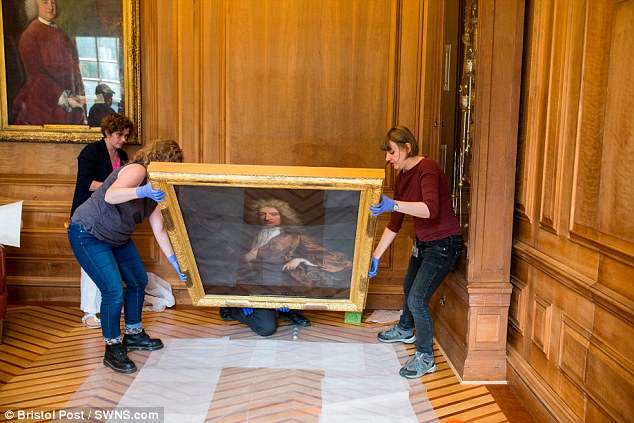 The portrait being removed is that of Edward Colston, a Bristolian and wealthy slave trader who served as Deputy Governor in the Royal African Company. The Company had absolute control of Britain’s slave trade, and gold and ivory business in Africa. During Colston’s tenure, the company transported around 80,000 slaves from Africa to the Caribbean and America, of which about 20,000 of them, including around 3,000 or more children, died.

Colson is an especially controversial figure in Bristol because he contributed greatly to the city’s development, especially in building schools and almshouses. The money he used to make these contributions, however, were made from the role he played in the slave trade. 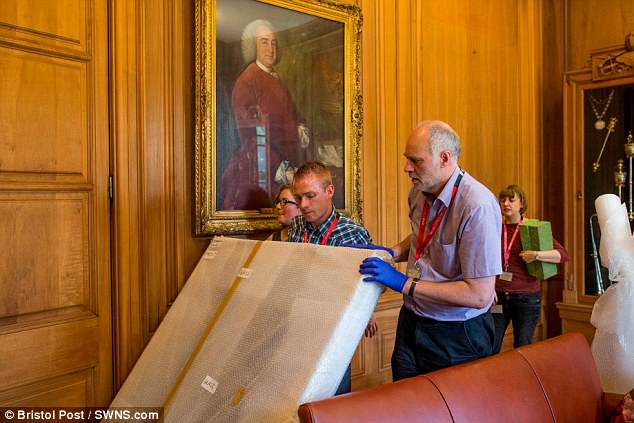 It is the latest attempt by authorities in Bristol to ‘de-Colston-ify’ the city. Source: Daily Mail

There were once many statues and art in Colson’s honor, including a statue in Bristol with a plaque which reads: ‘Erected by citizens of Bristol as a memorial of one of the most virtuous and wise sons of their city.’ But the city seems to want to dissociate itself from Colson having recently removed his name from venues and schools bearing his title.

Lake, who is of Scottish, Bristolian and Afro-Caribbean heritage, wants the painting of Colson she just removed from her office to hang in a museum where visitors can learn about Colston’s role in the slave trade as well as the city of Bristol’s work to abolish slavery.

“Many of the issues today such as Afriphobia, racism, and inequality stem from this episode of history where people of African descent were dehumanized to justify enslaving them. We are partway through the UN Decade for People of African Descent, so change must also be ushered in, and this is in line with that,” she explained.

Lake is expected to represent the city at more than 800 community and official events including the opening of every full council meeting as the city’s ceremonial mayor.