The unspeakable crimes of sexual violence and degradation committed by white men against black people during the Transatlantic Slave Trade continue to haunt people of African descent across the diaspora over 160 years after slavery was abolished.

According to Elizabeth Ofosuah Johnson of Face2Face Africa,  “The raping of enslaved men was very common in the southern U.S. and Cuba where it was a huge part of the slave system by the Spanish. Many enslaved men were raped on ships and at secret sex farms and season plantations for homosexual slave owners which were very popular in the Caribbean. They were also killed if they rebelled.” 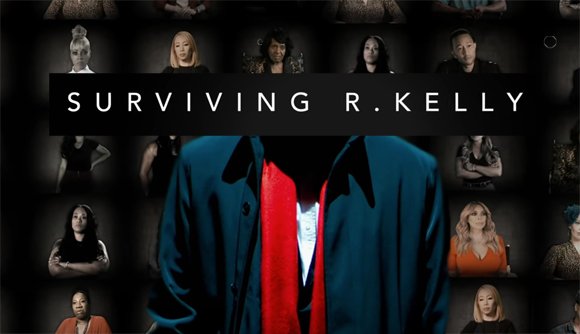 A recent docuseries, Surviving R. Kelly, chronicling the shocking alleged sex crimes of R&B singer R. Kelly against dozens of black girls and women over the past 20 years, reveals the truth of our past.  We have not healed from the centuries of oppression.  We have not healed.  And we are devastated.

In her article, Johnson describes in graphic detail the systematic attempts to rob black men of their manhood and dignity, “Enslaved men were also forced to have sex with their master’s wives when masters were away. Many of these white mistresses used their African male slaves who exhibited great physique and strength. In general, the rape of enslaved men was overlooked because the issue of rape became very gender biased.”

Johnson continues by describing “buck breaking” and “breeding”, two devastating and degrading forms of sexual abuse which continue to affect black families across the diaspora.

“This form of sexual abuse was very popular in the Caribbean and it involved white supremacists and slave owners as well as merchants raping a male slave in front of the public to embarrass him and make him feel less of a man. Buck Breaking became very popular when slave rebellions had increased. Enslaved men were first stripped naked and flogged in front of a crowd after which they were raped by a white man to serve as a warning to other slaves.  On several occasions, enslaved men with families were forced to have sex with each other in front of their family or were raped in front of their sons.” 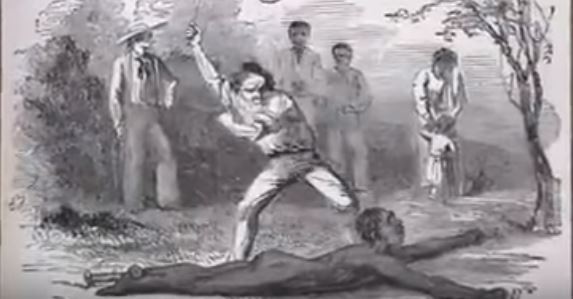 Black man whipped by a slavemaster

This dehumanizing abuse eventually took its toll on black men.

“Many enslaved men who had gone through the process of buck breaking killed themselves afterwards or run away and never returned. For the white supremacists, buck breaking either on ships or on plantations was a way of utterly embarrassing the men and showing dominance.  At breeding farms, healthy and strong enslaved men were forced to have sex with women to get them pregnant. The white slave masters did not care if these women were the mothers, daughter or relatives of the men and the men were made to have sex with at least 6 women a day to increase the possibility of the number of women who got pregnant,” Johnson concludes.

Some men died from sexual exhaustion.  It’s difficult to fathom that such atrocities happened.

Even after slavery, the white man continued to enforce his dominance over black men.  In her book of writings, The Light of Truth, edited by, Mia Bay and Henry Louis Gates, Ida B. Wells courageously confronts the white man’s attempts to justify lynching of countless innocent black men and sometimes their families in the post-slavery south by falsely accusing them of raping white women.  “From this exposition of the race issue in lynch law, the whole matter is explained by the well-known opposition growing out of slavery to the progress of the race,” Wells explains. 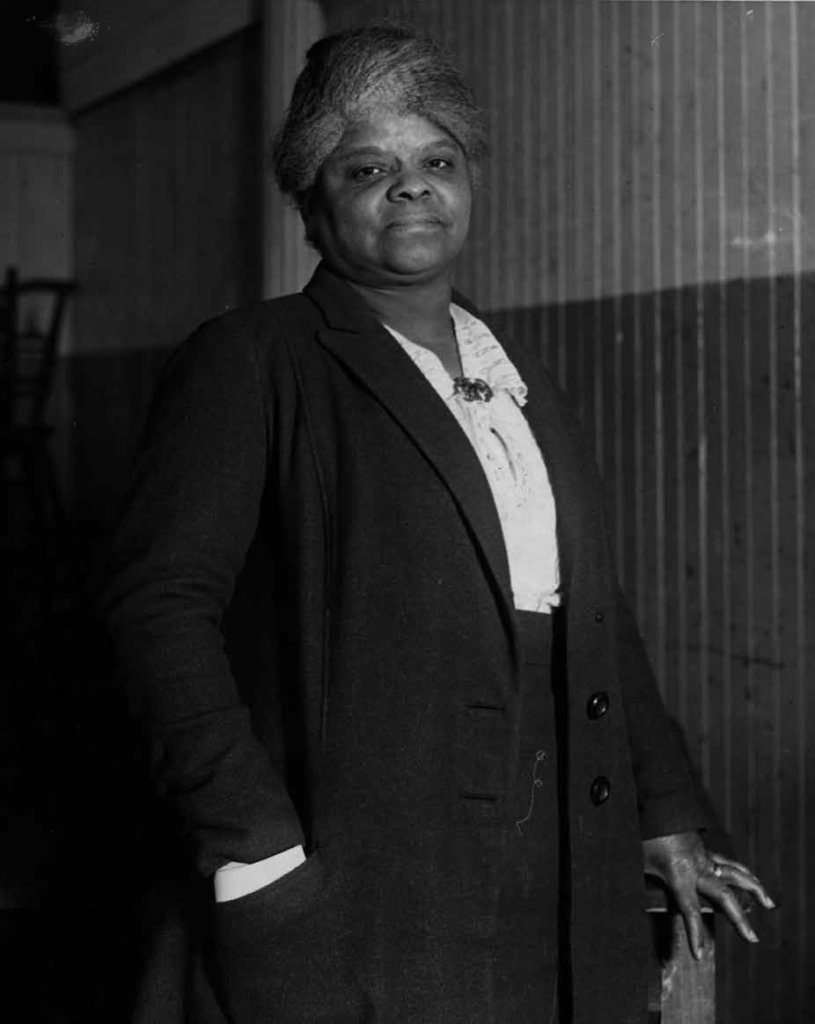 “This is a white man’s government, and regardless of numbers the white man should rule,” Wells quotes the murderers who felt so threatened by the black man that they employed every means within their power to emasculate and destroy him.  “No Negro domination”.

Wells uncovered the truth.  The victims of lynching had often challenged white male domination or competed with him in business or politics.

Ida B. Wells hypothesizes, “there could be no longer an excuse for killing Negroes to prevent ‘Negro Domination.’  So, the white man implemented a system to “dwarf the soul and preserve the body”.

Powerless against the system that created his plight, R. Kelly preyed on the weak within his grasp.  The same system that raped his ancestors and lynched innocent black men, created his poverty.  Continuing the degradation of the black man.  Stripping him of his manhood, dignity, humanity.  Sealing his shame and low self-esteem.  The prey became the predator.

We all need power.  And when it is taken, we find some way to get it back.  Even if it means taking power from someone else. 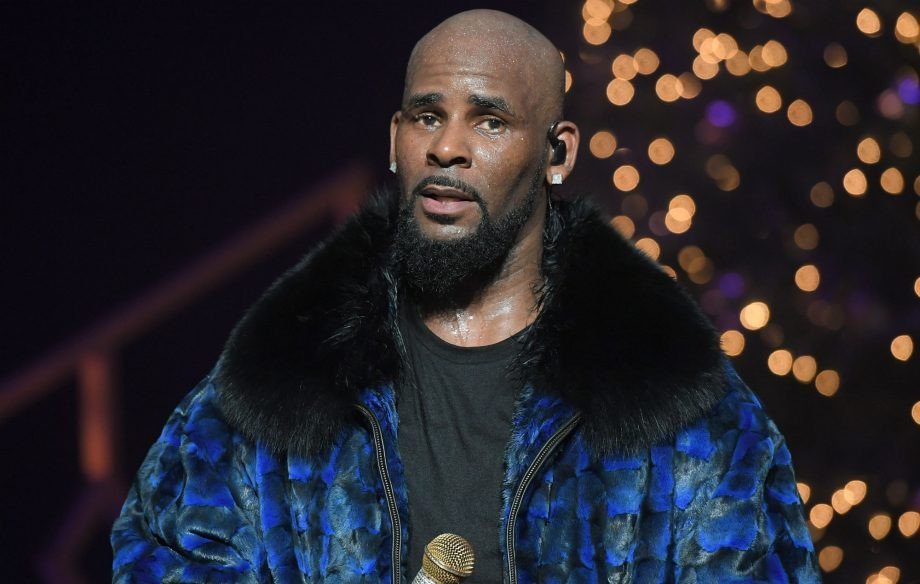 1. Kelly grew up in a housing development in Chicago called “the projects”. The federal government implemented another racist policy that targeted black people. Millions of poor black people were herded into the projects in the 1930s like cattle.

Tucked away from the rest of society.  Hidden from view so that the wealthy could pretend they did not exist.  Gentrification is a reverse of this policy that is currently displacing poor blacks from urban areas with no adequate replacements.  Leaving many of them homeless.  Gentrification is just as racist.  The injustices and human rights violations continue.

Surrounded by devastating poverty with no signs of hope, residents of housing projects lived in inhumane conditions.  Hungry.  Unemployed.  Hopeless.  Resorting to drugs, alcohol, religion, and violence to cope.

Children growing up in these inhumane conditions were deprived of the basic things we all need to develop into physically, mentally, and emotionally healthy, stable adults.  Food, safety, love.  Learning at a young age to fight for survival.  Looking out for self only.  There is no sense of community.  Or safety.  Filled with rage.  Fear.  Compounded by centuries of degradation.

2. Kelly was reportedly a victim of sexual abuse. His abusers stole his power.  He, in turn, stole the innocence of his victims.  Rendering them powerless.  Gaining power from conquering the minds and bodies of trusting girls.  Ruining their lives.

The system failed R. Kelly’s victims.  Unleashing a predator to act out centuries of oppression on unsuspecting girls.

His prey, daughters of families broken by poverty.  In a capitalistic society where profit is everything, their daughters held less value than the hush money that promised escape from the perils of poverty and violence plaguing their community.  They had no idea their daughters were precious.  Priceless.

Lacking guidance, love and protection.  Looking to their idols for direction.  Sports figures and entertainers are icons to girls and boys from “the hood”.  Hypnotized by the designer labels, riches, glitz and glamour of fame.  Celebrities seem to have everything they lack.

Being a sex object means love to a girl abandoned by her father and neglected by her mother who works three jobs to take care of her family.  Dreaming about the attention and riches of fame.  An escape from their misery.  Aspiring to be just like their idols, Beyonce, Kim Kardashian, Nicki Minaj and Blac Chyna and the Instagram models.  Oblivious to the price they paid.

For some who may not know the warm embrace of a mother’s hug, or the security of a doting father’s unconditional love and acceptance, R. Kelly’s behavior may seem acceptable.  Desensitized to the horrors of a sociopath who preys on vulnerable black girls and women.  Their hearts may have grown cold to survive the terror of growing up poor and black in America.

But R.  Kelly’s crimes against black girls and women are in fact diabolical.  Unimaginable.  Heartbreaking.

Our traditional African values survived the Middle Passage, centuries of slavery, and even the lynch era.  But they did not survive popular culture.

Popular culture normalizes degrading, unhealthy, and even dangerous sexual behaviors because poor girls or “girls from the hood” are taught that they have no value.  No worth.  Not having a lot of money does not mean we have no worth.  Being the descendants of slaves does not mean we have no worth.  Having a history marred by sex slavery and exploitation does not define us.  Those things were done to us.  They are not who we are.

According to Ida B. Wells, “during the slave regime, the Southern white man owned the Negro body and soul.” And it seems like the white man still does.

Desensitized by centuries of rape and sexual abuse passed down from slavery to generation after generation, too many black people are not outraged by R. Kelly’s horrible crimes.  Blinded by his money and fame.

Black men and women in America and the Caribbean are still fetishized as sex objects.  Black girls in poor communities are groomed to be sex slaves.  Taught to accept abuse.  Taught they are worthless.

“I didn’t value victim’s stories because they were black women”, Chance the Rapper confessed regarding the reports of statutory rape and systematic mental, physical, and financial abuse of black girls and women by R. Kelly.

Hip hop and pop culture normalize and even glamorizes sexual exploitation.  Putting more girls at risk.  We have lost our souls.  Our identity.  We must take them back.  Black people are not sex objects.

“Young, gifted and black, your soul is intact”, the Queen of Soul, Aretha Franklin sings the words of Nina Simone.  We are gifted, and black.  But is our soul intact?

In traditional African culture money was nothing.  What mattered most were relationships.  Family.  Community.  You shared what you had.  No matter how much.  You lived in agricultural societies where goods and services were traded and bartered.  Human life held more value than material things.  Now the rappers repeat the mantra “money over everything” as if it is the holy grail.

We need boundaries.  Lines that cannot be crossed.  We need rules, limits.  We learn limits and boundaries at home.  Pop culture is raising our children.

Popular culture has placed a nail in the coffin of the African soul in America.  There are no traces left of the dignity, honor, self-worth.  Soul.

Collectively we must end the devastation of unspeakable human rights violations spanning centuries.

The answer lies in the past.   Back to the shores of Africa.  How do we as people of African descent restore our identity and worth as the creators of humanity?

“To be young, gifted, and black;

Oh, what a lovely precious thing…

When you’re young – yeah, thank you, Jesus! – gifted and black!

Open your heart, is all I need…

In this whole world, you know,

There’s a millions of boys and girls

Who are young, gifted and black,

With their souls intact – and that’s a fact!

“You are young, gifted and black,” we must begin to tell our young,

When you feelin’ real low,

Here’s a great truth that you should remember and know:

That you’re young, gifted, and black!

You got your soul intact – oh, and that’s a fact! – Aretha Franklin (originally by Nina Simone)

Let’s take our souls back.