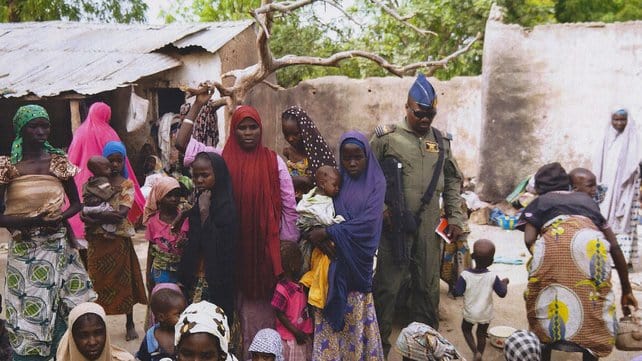 As days continue to pass since the hundreds of Boko Haram hostages were freed last week, more are speaking out about their experiences under the Islamic terrorist group. In the below video, a teen girl breaks down when reunited with her family, while other women give detail about the types of abuse that occurred once abducted.

Twenty-seven-year-old Lami Musa, who related her story about giving birth the night before her rescue, provided more details about the treatment hostages received at the hands of Boko Haram.

“Every day they would come around and say we were infidels. That we should convert and accept their religion. Some days they beat us. Sometimes they would starve us from food and even water,” Musa said.

Explaining what the scene was like when being rescued by the Nigerian military, Rhoda says, “Boko Haram heard the military were coming and told us to move deep in to the forest, but we refused. We were too exhausted and our children sick.

“They started shooting. Then suddenly, the military arrived. They were also firing, so we were shouting, ‘Don’t shoot, don’t shoot. We are women and children.’

Watch the women speak about their experiences here:

According to officials, many of the women and girls who have been rescued are pregnant. In fact, of the 234 females that were rescued in one group last week, 214 of them were pregnant.

Executive Director of the United Nations Population Fund (UNFPA) Babatunde Osotimehin says, “In conflict and disasters, most people would only think of water and sanitation, provisions of tents and housing and food, which are all important. But women and girls have specific needs that nobody else looks after; it is only UNFPA that is doing this.