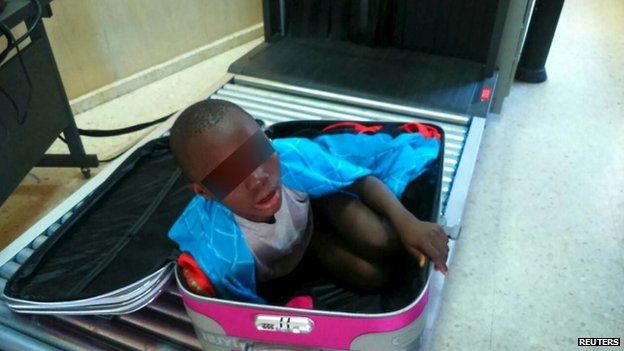 On Thursday, Spanish officials discovered that 8-year-old Ivorian Abou was being smuggled in a suitcase from Morocco in an effort to reunite with his father, reports the BBC.

According to Spanish news agency Efe, the child’s father, also named Abou, returned to his homeland in order to have his boy join him in Gran Canaria, where he had been living for nearly two years.

And even though the Father paid a Moroccan courier to carry the suitcase, the boy was discovered by police after the 19-year-old woman appeared “to hesitate” while making her way across the border. 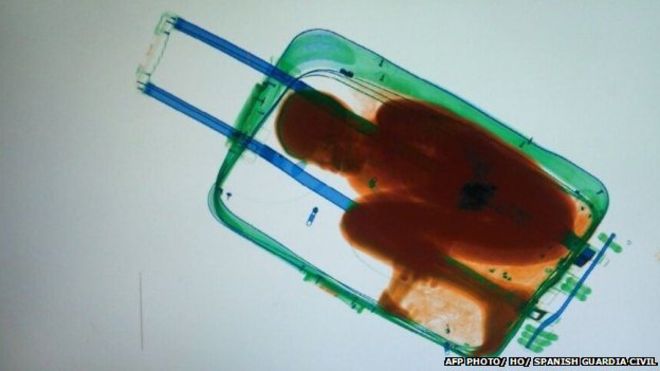 A police spokesman explained, “She seemed to hesitate, and it looked as though she didn’t want to come through the border.

“At first we thought that there could be drug packages, but gradually discovered that it was a human body.”

Of the boy’s condition, a Guardian Civil spokesman said Abou was in “a terrible state.”

About two hours later, when the Father attempted to cross the border, he was detained.

And while Abou being smuggled in a suitcase is definitely newsworthy, he is just one of thousands of migrants who cross illegally in to Europe from Africa each year. 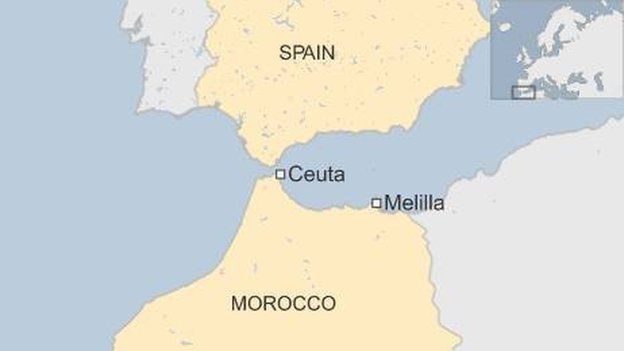 Ceuta and another Spanish enclave, Melilla, sit on Morocco’s Mediterranean coast, and are each surrounded on three sides by Morocco.
…

Despite being surrounded by six-metre-high fences, the enclaves have proved to be popular areas for migrants to try to cross in to Europe from Africa.

Human Rights Watch says at least 4,300 people entered Ceuta and Melilla illegally in 2013, compared to 2,804 the year before.

In February last year, hundreds of migrants stormed the fence in Melilla in one day, with around 100 managing to make it into the enclave.

SEE ALSO: Former Hostages: Boko Haram Starved Us for Not Converting to Islam