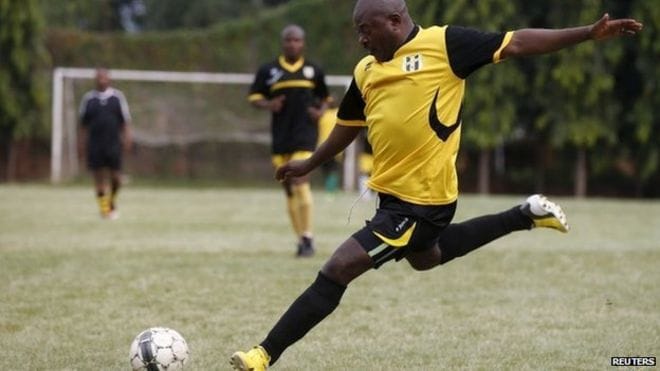 Even though protests continue in Burundi capital Bujumbura, President Pierre Nkurunziza (pictured) was seen enjoying a game of football with friends, reports the BBC.

In the latest casualty, a man was reportedly shot in the back by police in Masaga, which is said to be the opposition’s stronghold.

But the ongoing unrest didn’t stop Nkurunziza from kicking a ball about with friends. 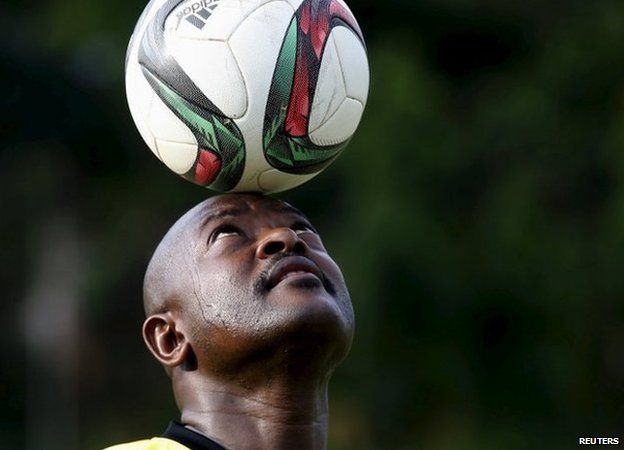 Nkurunziza is a “qualified football coach” who owns a football team called “Hallelujah FC” and says he never travels without his team and choir.

Regarding the unrest, on Wednesday President Nkurunziza told radio listeners that “an insignificant part” of Bujumbara was involved in protests and told those who have fled the East African nation to return home. 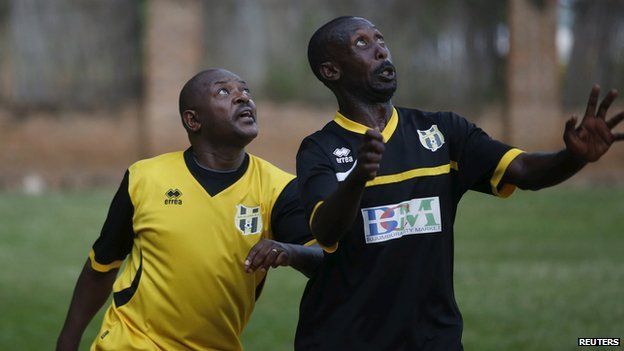 So far, more than 100,000 Burundians have sought refuge in Tanzania, Rwanda, and the Democratic Republic of Congo.

Protests have raged on since late April, when the President declared that he would run for a third term.

The Burundi constitution states presidents can only serve two terms.

In light of the failed coup that occurred last week, President Nkurunziza also announced that the parliamentary elections will be delayed by 10 days.

The presidential elections will take place in June. 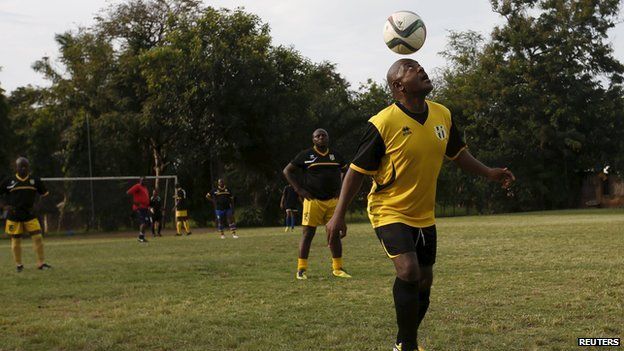