As the western world has become increasingly digitized over the past decade, for most of us it’s difficult, even impossible, to imagine life without our treasured i-Phones, blackberry’s and iPads. As much of Africa continues to become more and more technologically advanced, it was only a matter of time before an idea would spark in which this technological revolution could help the poor. 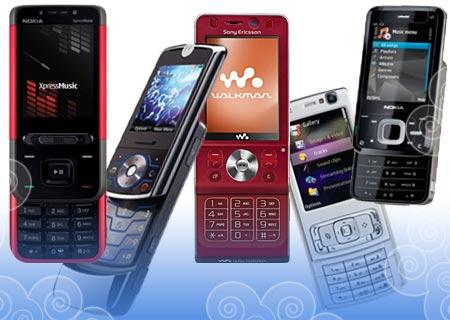 If any technological advancement has been more present, there is no doubt that it will be mobile phones. Possibly just five years ago it may have been hard to find the widespread use of cell phones (and multiple ones at that) but now, as technology has spread rapidly in Africa, it is hard to find people without one. And of course that goes along with the widespread Internet access and the use of computers, among other things. However, there are still those in rural areas who may not have exactly been included in what can be seen as a sort of “technological revolution.”

Recently, through a United Nations-backed initiative, three million poor people in Africa and South Asia, the majority of them women, will gain access to low-cost mobile phone numbers as part of technology firm, Movirtu's partnership with the United Nations. It intends to enlist the private sector in efforts to fight poverty.

Instead of sharing a phone number with family members or neighbors, those provided with a Movirtu cloud phone number will be able to use any mobile phone to log in with their own unique number to make and receive individual calls and access critical information and services such as banking or agriculture support.

The new effort is part of the Business Call to Action (BCtA), a global initiative supported by the UN Development Program (UNDP), the corporate responsibility scheme known as the UN Global Compact and several other organizations and governments. "Evidence shows that access to mobile communications is a way of improving lives and expanding the earning potential of one billion people living on $1-2 a day," said Amanda Gardiner, BCtA Acting Program Manager.

A unique personal mobile identity will allow users to access network applications that provide information about employment opportunities, promote access to mobile payment systems or banking services, and help keep users up-to-date on a variety of health and market topics. The main beneficiaries of this service would be women living in rural areas.

By giving these women a vital lifeline like a mobile phone not only makes communication cheaper but also gives them the opportunity to be  more independent. It is widely known that in various underdeveloped nations, little, if any rights are given to women, in addition to them coping with issues of unemployment.  The lack of education also cause these women to be stuck in the same place without any opportunities of advancement.

Though it may be a simple idea, it is simplicity and accessibility to ideas such as these that can transform entire countries or nations. Many times we believe that sending money to African nations without a secure plan of what that money will be used for, will suffice and is all we need to do.

However, as it has been proven time and time again it is the ideas that can help create businesses for individuals. It is the ability of citizens to be financially independent that truly has a long lasting impact. This is what Africa needs. Therefore although the efforts of Movirtu are commendable, Africa still has a long way to go.