The U.S. Department of Justice (DOJ) recently filed a civil complaint to forfeit and recover $144 million in assets that were allegedly bought by Diezani Alison-Madueke, a former Nigerian oil minister, with money offered as bribes.

In a statement released on July 14th, the DOJ accused the former Nigerian Minister of Petroleum Resources Diezani Alison-Madueke of receiving bribes from Nigerian businessmen Kolawole Aluko and Olajide Omokore between 2011 and 2015.

The statement further alleges that Alison-Madueke used her influence to steer lucrative oil contracts to companies owned by Aluko and Omokore, with the proceeds of those illicitly awarded contracts being laundered in and through the United States to purchase various assets that are now subject to seizure and forfeiture. 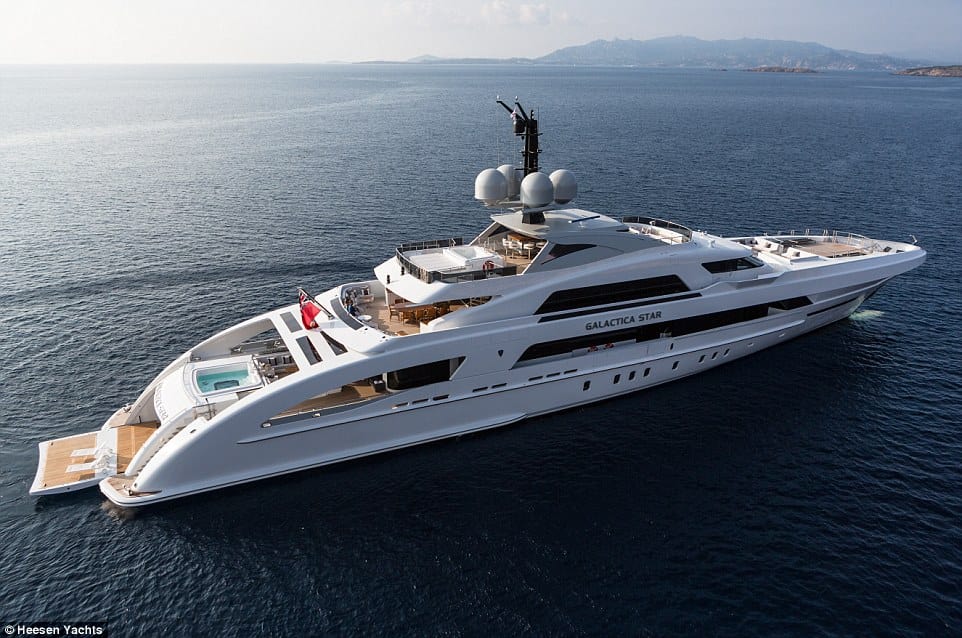 The properties include a $50 million condominium located in one of Manhattan’s most-expensive buildings at 157 W. 57th Street and the Galactia Star, an $80 million yacht.

“The complaint announced…demonstrates the Department’s commitment to working with our law enforcement partners around the globe to trace and recover the proceeds of corruption, no matter the source,” said Acting Assistant Attorney General Kenneth Blanco, adding that the United States is not a safe haven for corruption.

“Corrupt foreign officials and business executives should make no mistake: if illicit funds are within the reach of the United States, we will seek to forfeit them and to return them to the victims from whom they were stolen.”

Speaking to journalists during the announcement, Assistant Director in Charge Andrew W. Vale of the Federal Bureau of Investigation’s (FBI) Washington Field Office said business executives who engage in bribery and illegal pay-offs in order to obtain contracts create an uneven marketplace where honest competitors are put at a disadvantage.

Vale added that the FBI is committed to working with international law enforcement partners and other U.S. federal agencies to pursue anyone who attempts to advance their business through corrupt practices.

In addition, Assistant Director Stephen E. Richardson of the FBI’s Criminal Investigative Division said the announcement would not have been possible without the remarkable work of a group of investigators, attorneys, and international partners who are committed to leaving no stone unturned.

However, a civil forfeiture complaint is merely an allegation that money or property was involved in or represents the proceeds of a crime. Therefore these allegations are not proven until a case is heard and determined in a court of law.

In 2015, Alison-Madueke, who ran the Nigerian Oil Ministry from 2010 to 2015, was charged by a Nigerian federal high court with money laundering in connection with the alleged bribes but she was not present in court to enter a plea.

The ex-minister has been in London since the 2015 elections, when her former boss President Goodluck Jonathan was defeated by the current President of Nigeria Muhammadu Buhari.