Video footage of police in Orlando, Florida, pulling over a state-issued vehicle apparently because its driver was a Black woman has emerged.

The footage from the body camera of one of the policemen shows a second officer approaching the car before ordering the driver to show identification.

The car was driven by Aramis D. Ayala, an elected Florida state attorney for the Ninth Judicial Circuit and chief prosecutor in Orlando, according to the New York Times.

“What agency are you with?” the officer demanded to know.

After Ayala identified herself as the state attorney, the officer launched in to an awkward attempt at explaining why he pulled her over.

And then when Ayala demanded to know what was the tag run for, he replied, “Oh, we run tags through all the time, whether it’s a traffic light and that sort stuff. That’s how we figure out if cars are stolen and that sort of thing. Also, the windows are really dark. I don’t have a tint measure but that’s another reason for the stop.”

The state attorney in turn demanded that the officers identify themselves saying, “Do you guys have cards on you?” to which the officer by her window, now sounding nervous, replied, “One second? Actually, this isn’t my car but I can write my name down.”

The officer removed a notepad from his pocket, wrote their names down, and handed it over. “There you are. Have a good day,” he said as the attorney drove away. 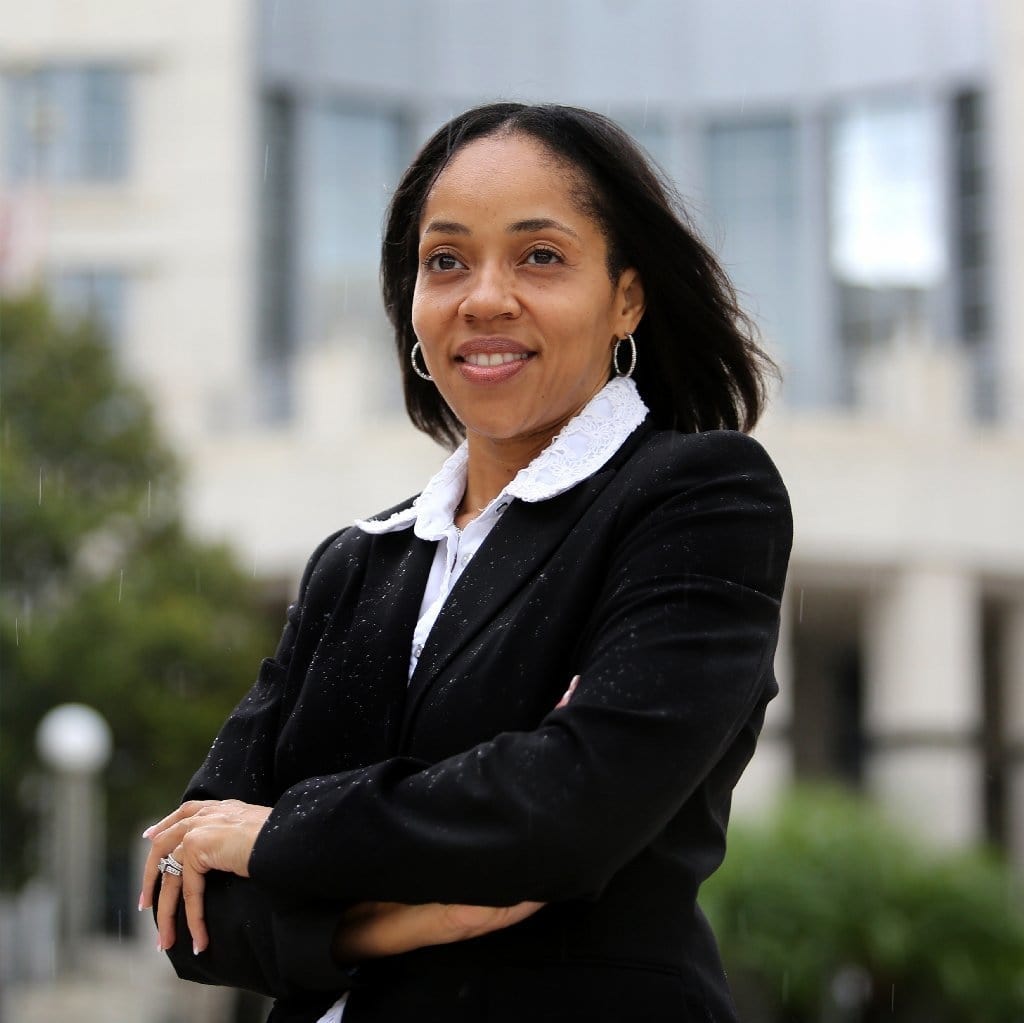 The footage of the incident, which happened in June, was released by the Orlando Police Department following requests from a TV station and Ms. Ayala that it should be made public.

Ms. Ayala is Florida’s first and only Black elected state attorney. She first made headlines after taking office in March, when she announced that she no longer wished to pursue the death penalty for murder convicts.

While the video, which has gained national attention, has left many commenters wondering if the action of the officers amounts to racial profiling, Ms. Ayala has released a statement saying the officers acted within the law.

She added that she plans to promote a respectful relationship between law enforcement and the community.

“To be clear, I violated no laws. The license plate, while confidential, was and remains properly registered. The tint was in no way a violation of Florida law,” she said.

“Although the traffic stop appears to be consistent with Florida law, [my] goal is to have a constructive and mutually respectful relationship between law enforcement and the community.

“I look forward to sitting down to have an open dialogue with the Chief of Orlando Police Department regarding how this incident impacts that goal.”