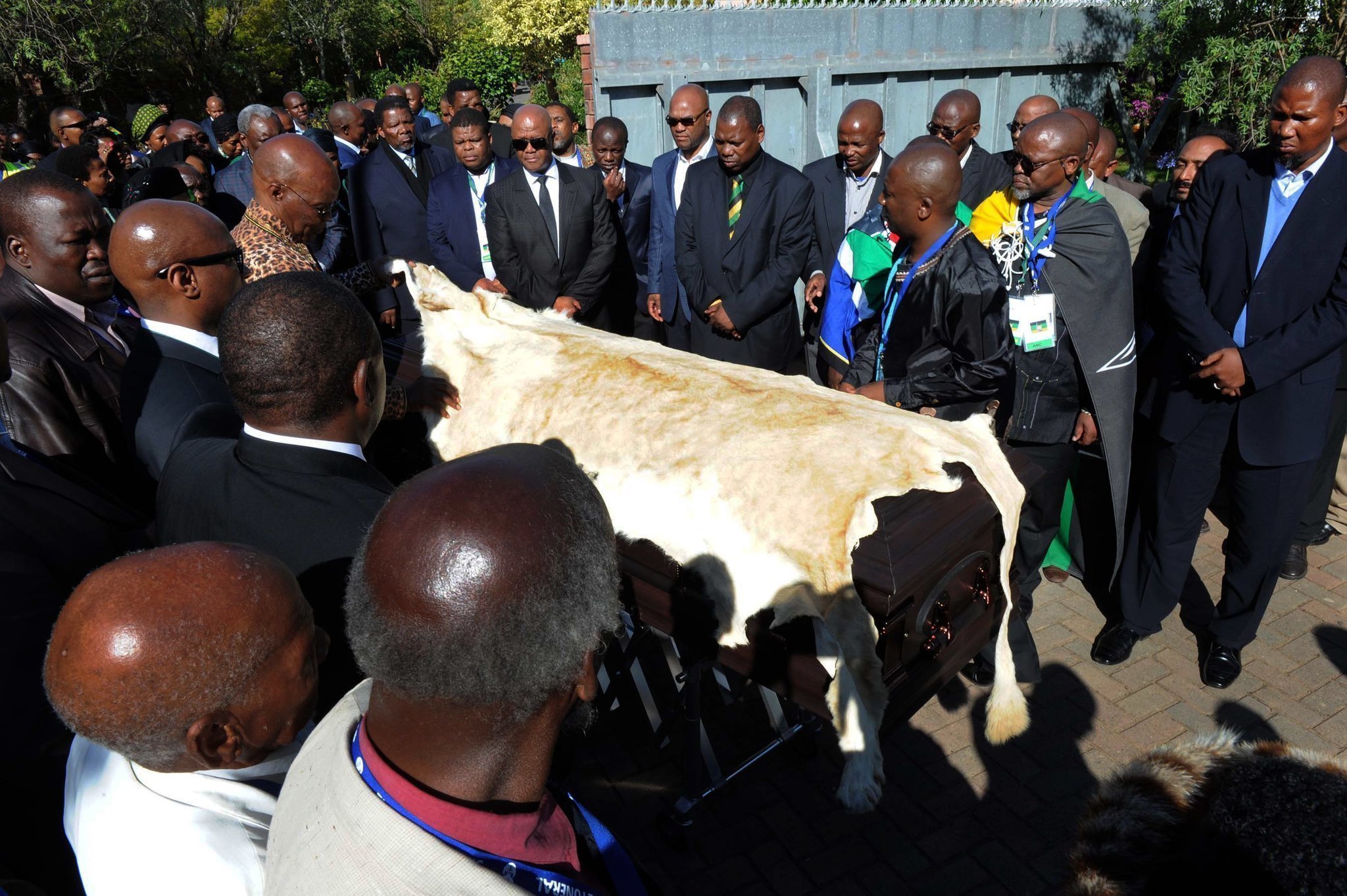 In some parts of South Africa, ash is smeared on the windows of the house where the deceased person lived. The bed in which the person slept is removed from their room.

In the Xhosa tribe, if the deceased is a chief, his coffin is covered with leopard skin, if he was a king then it would be adorned with a lion’s skin.

Traditional leaders or royalty protect the coffin by standing close during proceedings.

The deceased is also buried with his or her belongings and other items they enjoyed while they were living.