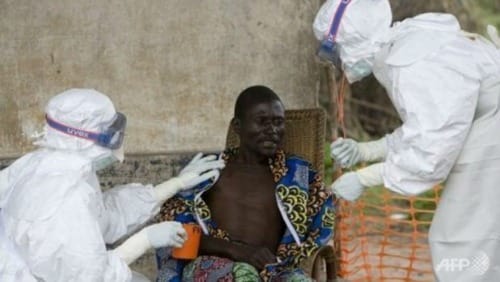 Two cases of Ebola have been announced and confirmed in Liberia. The virus has claimed the lives of 78 persons so far in Guinea. With the Liberian cases, the virus has been contracted by sisters who recently returned from Guinea, according to reports from officials.

On Monday evening, BBC News Africa reported about the new Ebola cases, prompting Senegal to shut down its borders to Guinea. Health officials from the neighboring countries are taking extreme measures to control the spread of the disease, and there are unconfirmed reports of the virus in Sierra Leone as well.

Even though the decision could prove to be troubling for merchants and others who work in the territory, Senegal’s Health Minister, Awa Marie Coll-Seck, made the decision to close its borders after the virus spread to Guinea’s capital city of Conarky.

“When it used to be only in the south of Guinea, we didn’t do anything special, but now that it’s reached Conakry, we believe it’s safer to close our borders,” said Coll-Seck. “We have also closed all weekly markets, known as luma, in the South. And we’re having some discussions with religious leaders regarding big religious events.”

Several news outlets have also reported that researchers speculate that the disease saw its latest increase as a result of the consumption of fruit bats, which is considered a delicacy in certain parts of South Guinea. Guinea’s government has since banned the sale and consumption of bats.

Ebola, which is spread by close bodily contact, kills 25 to 90 percent of victims stricken by the virus. Senegalese singer Youssou Ndour canceled a weekend performance in Conarky, citing that the thousands in attendance, who would be in such close quarters, could prove to be a health risk.

This story will continue to develop.