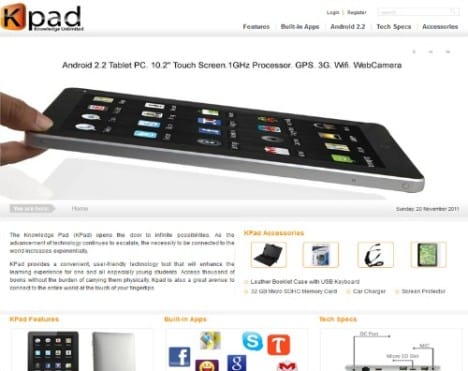 Any entrepreneur working on content startups understands that distribution is at the top of journalists’ minds. How will you distribute your content across Africa they ask? The assumption for a while was that Africa lacks the digital infrastructure to handle high-quality digital content, but now the tide is turning with recent ABI Research that predicts that half-a-billion people in Africa will have 4G coverage in three years, creating a mobile Internet boom.

On the hardware front, Alltel Ltd. has emerged as a technology innovator taking the globe by storm with its Kpad creation. Created by Dr. Prince Kofi Kludjeson (pictured below) of Ghana for Africans, Kpad competes directly with Apple’s iPad. The Kpad gained spotlight as early as 2012 and continues to be mentioned in major media, such as the BBC and Reuters.

Face2Face Africa interviewed Dr. Kludjeson, the executive chairman of Alltel Limited, a Ghanaian IT company, in order to get insight in to Kpad, their upcoming technologies, and explore the growing competition taking place in Africa from companies, such as Facebook and Google. 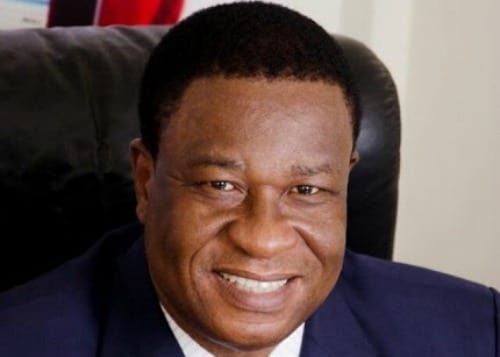 Based on Alltel’s local market research, the Kpad is primarily used by 25 to 34 year olds, with more than 50 percent of Kpad users ranging from 25 to 45 years old. The second age group of users is between 35 and 44 years old. In Africa, urban areas use the Kpad the most because the environments are Wi-Fi enabled. In addition, the majority of Kpad’s users are in governmental and tertiary institutions.

One issue Alltel may want to consider, though, is that as Apple and Google focus on producing cheaper phones, how can they keep up with their competition as they expand in to Africa?

In response, Dr. Kludjeson asserted, “The Kpad is very sustainable, and it is here to stay.” Indeed, the pricing models they have for the Kpad are currently cheaper than the iPad and all the other tablets Africans have on the local market. Dr. Kludjeson also added that technology is evolving and “who knows in five years we might not even be talking about tablets like iPad, the Galaxy tablet, or the Kpad.”

Consequently, Dr. Kludjeson clarified that Alltel Ltd. is prepared for the changes and will adapt to the new pricing models that the likes of Apple, Samsung, and Google introduce on the African market.

When asked about his company’s latest-mobile innovations, Dr. Kludjeson shared that Alltel Ltd. is currently focused on a KPhone series that is primarily built on the Android Quad Core Technology.

With this exciting innovation, Face2Face Africa was curious to know if the team at Alltel was aware of DreamPhone or other African phone makers.  Dr. Kludjeson expressed his awareness, saying, “There are few African phone makers, [but] we are committed in providing not just a product but a service.”

Alltel’s phones are enabled with numerous applications for educational, entertainment, and news consumption. The KPhone will be released in three models: The Prestige, The Elegant, and The Mini. For those curious to get their hands on the product, the KPhone should be on the market and available this year with the first release scheduled for August.

Another product is the Kpad 2.0 (mini), which is a tablet built on both the Android and the Windows platform. “What makes the Kpad very attractive is its Android platform and also having USB ports,” he said.  Dr. Kludjeson’s team has also developed a new computer that will be solar-powered and the plan is to make this available only in Ghana for a trial/pilot. The team will then evaluate its success with the tentative go-to market date of early 2015.

Dr. Kludjeson also disclosed that his team is looking at developing products like the Smart Watch and Smart Glass. “We should have beta versions in early 2016,” he added. It is a clear signal that Alltel is staying at the vanguard of innovation while embracing the Lean Methodology.

According to Dr. Kludjeson, Alltel aims to gain maximum market share in the first three years and reach market saturation within five years. The five year projection is to have 20 percent of consumers with an Alltel product (KPhone, Kpad, and All-In-One Internet TV). Their primary target markets include government, educational, or tertiary institutions and corporate bodies.

In 10 years, Alltel hopes to be a market leader on the continent as well as being a pioneer of innovative mobility solutions with a potential for being a leading provider of ICT to its customers globally, according to the executive chairman.

A major challenge of innovation is the issue of intellectual property, which is the exclusive legal rights to creations of the mind. Partnerships and collaborations don’t often go as planned and every once in a while monopolies emerge, limiting competition.

Face2Face Africa wanted to know if Alltel was sharing intellectual property with other companies or whether their innovations were proprietary. Alltel already has partnerships with companies like ZTE, Hughes Network, Skillsoft, and Eutelsat among others.

However, according to Dr. Kludjeson, no intellectual property is being shared as the companies are in preliminary discussions to understand how and if they want to share their intellectual property. The Alltel network is already proprietary and has their own “secret sauce,” which provides a faster and more reliable speed to their customers.

Intellectual property, hardware and mobile innovation are at the core of Alltel’s strategy. Mobile devices and hardware fit in the overall strategy of Alltel Ltd.

According to Dr. Kludjeson, mobile devices and hardware are very much a part of his team’s strategy. The executive’s current vision and strategy includes:

Dr. Kludjenson is on an unstoppable mission to dominate the hardware and Internet offerings in Africa. With global partners and betting on Africa’s entrepreneurial youth, he is confident his initiatives will emerge at the forefront of Africa’s digital innovation.

Of course one cannot forget to ask the age-old question of whether technology is inherently good or bad? Will all these digital innovations transform Africa or bear similar results as the technology transfer buzz of the one laptop per child project? If you are using the Kpad or are thinking of trying the product, please leave a comment below.