Since December 2012, Ciham Ali has been wasting away in a prison in Eritrea after she was arrested while trying to escape the country.

She was 15 when she was nabbed and for over five years now, she has not been charged or convicted of any crime and the worrying factor is that her family has not been able to see her or hear from her as they do not know the exact location she is being kept.

Ciham, a dual Eritrean and US national, was arrested after attempting to cross from Eritrea into Sudan to escape Eritrea’s policy of forced national military service for young people from age 18.

Eritrea, under President Isaias Afeworki, has never scored high marks on press and political freedom over the years, and citizens are often not allowed to leave without an exit visa issued by the government. 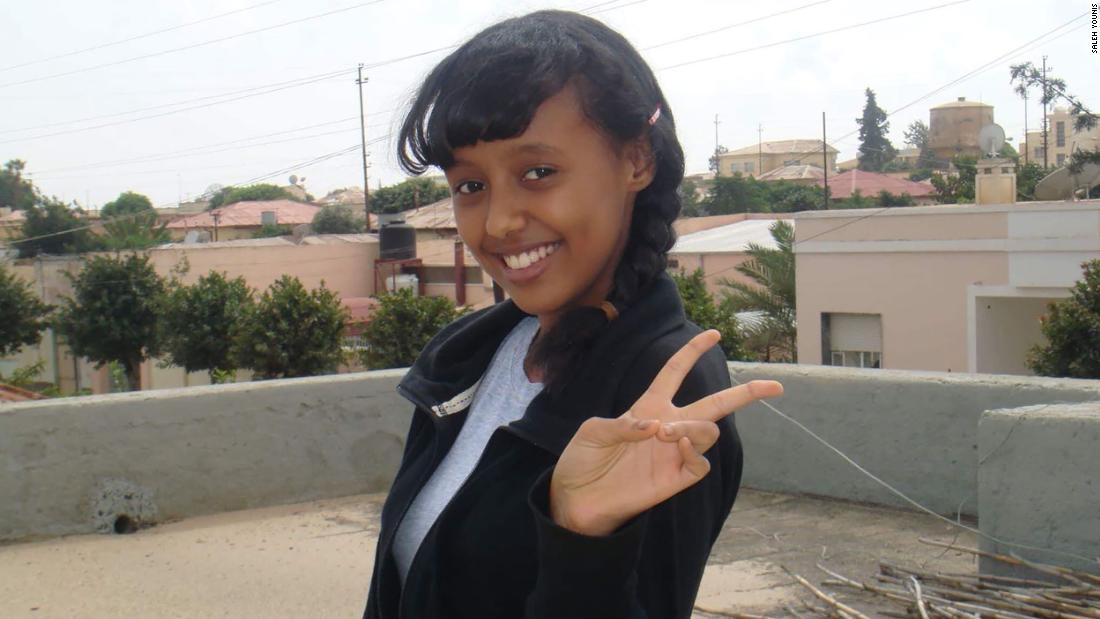 Ciham Ali had dreams of becoming a fashion designer — CNN

Its national military service is perhaps one of its worst policies, as though it is supposed to end after 18 months, it can last indefinitely, coupled with the cruel treatment.

Conscription terms for the 18 month-military service were extended indefinitely by the Eritrean government after a bloody war with Ethiopia between 1998 and 2000.

Initially, conscripts attended six months of military training, followed by 12 months of active military duty or development work and after undergoing the service, conscripts are put on the reserve list until the age of 50, possibly giving Eritrea one of the largest potential fighting forces in the world.

Working in all kinds of positions, including farming, office or construction jobs, many of the recruits go through abuse and mistreatment, ranging from physical abuse to forced domestic servitude and sexual violence by commanders against female conscripts, according to reports by human rights groups.

These have compelled many young Eritreans to try to flee the country, either before being drafted or during their national service. Over 2,000 Eritrean refugees arrive in neighbouring Ethiopia and Sudan almost every month in spite of the risk involved, while over 450,000 were found to be around the world as at 2016, according to the UN refugee agency, UNHCR. 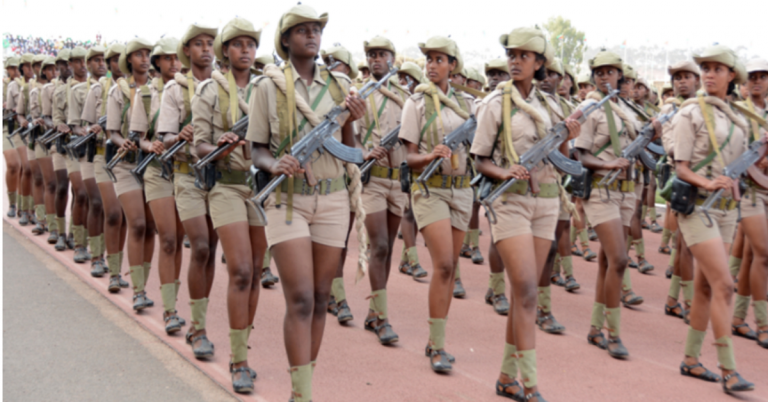 Ciham’s case is one of tens of thousands of prisoners who are arrested in Eritrea and never heard from again. However, what makes her case unique is the fact that she is the daughter of Ali Abdu, the former minister of information of Eritrea and a former advisors to President Afwerki.

He fled the country in December 2012, shocking many across the country as he was believed to be very loyal to the Afwerki administration, especially since he was part of the country’s liberation force that helped fight for Eritrea’s independence in 1993.

Reports say he feared for his life as Afwerki’s rule became more autocratic. He now lives in exile in Australia. His wife and son also fled the country and are currently residing in Canada.

According to an affidavit written by Abdu, they all now live under new identities, and that he has been trying to take his daughter out of Eritrea since he fled but to no avail.

Moments after Abdu left Eritrea in 2012, his then 87-year-old father, Abdu Ahmed Younis, brother Hassen Abdu Ahmed and daughter Ciham Ali were all arrested, with reports that they were punished because of his departure.

At Sembel prison where Abdu’s younger brother, Hassen was also detained, visitation rights are allowed, and hence the family of Ciham wonder why their desperate attempts to find her have proved futile.

Most people caught at the border trying to flee Eritrea are often detained for several months or a maximum of two years. Ciham’s indefinite detainment is what many have described as a punishment for her father’s actions.

“Every time we have tried to find out where she is. The consistent message is: her case is being personally handled by the President and nobody knows anything about it. She just disappeared,” Abdu Ahmed Younis, brother of Abdu recently told the CNN in an interview.

“The only thing one can speculate is that it’s some form of punishment to her father.”

Younis wants the U.S. government to increase efforts in securing her niece’s release.

“Because she is US born… I really thought the government of the United States would scream bloody murder but no one is speaking for her. It’s very, very disappointing. She is a United States citizen but because she grew up in Eritrea and because her parents are Eritreans, then I guess she is not fully American,” he said.

The United States raised the issue of Ciham with Eritrean officials during joint meetings in 2016 but did not receive any information, according to reports by the VOA.

Eric Whitaker, the former Charge d’Affairs at the U.S. Embassy in Asmara, Eritrean capital had said Eritrean officials do not acknowledge that Ciham is a U.S. citizen.

“We’ve asked for consular access repeatedly and not been granted it. We are concerned regarding the case,” he was quoted by the VOA. “The answers we get are typically vague or note that such individual is an Eritrean citizen.” 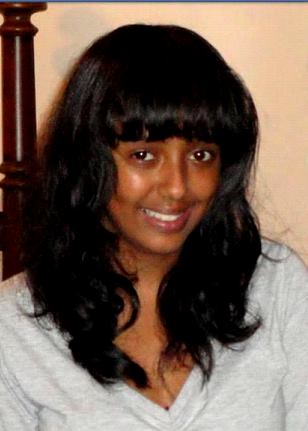 This year, US representative for New Jersey’s 4th congressional district Chris Smith, who chairs the US House Foreign Affairs Subcommittee on Africa, Global Health, Global Human Rights and International Organizations, mentioned Ali Ahmed’s case at a hearing in Congress after a fact-finding mission to Ethiopia, Ciham’s uncle said but added that these agencies must step up their efforts in bringing back home his niece.

Amnesty International, this week, launched a global petition for her release.

Ciham, who left the United States when she was one or two years old, had thoughts of becoming a fashion designer, but she is now languishing in jail, cut away from her dreams, her family, and the rest of the world.