A 34-year-old former Somali refugee, Ilhan Omar, made history Tuesday by becoming the first Somali legislator in the United States. Minnesota Public Radio (MPR) reports that Omar, a public organizer and social activist, won a seat as a lawmaker on the Minnesota House of Assembly. Omar, who is a progressive, will be representing House District 60B, which includes sections of the Cedar-Riverside neighborhood, southeast Minneapolis, and near the University of Minnesota.

In August, Omar defeated fellow Democratic candidates Mohamud Noor and incumbent Phyllis Kahn, who had held the seat since 1973.

Omar’s victory hardly came as a surprise in what is a reliably pro-Democratic district. She ran unopposed after her opponent in the general election, Republican nominee Abdimalik Askar, who is also a Somali-American, announced his withdrawal from the campaign due to family reasons. 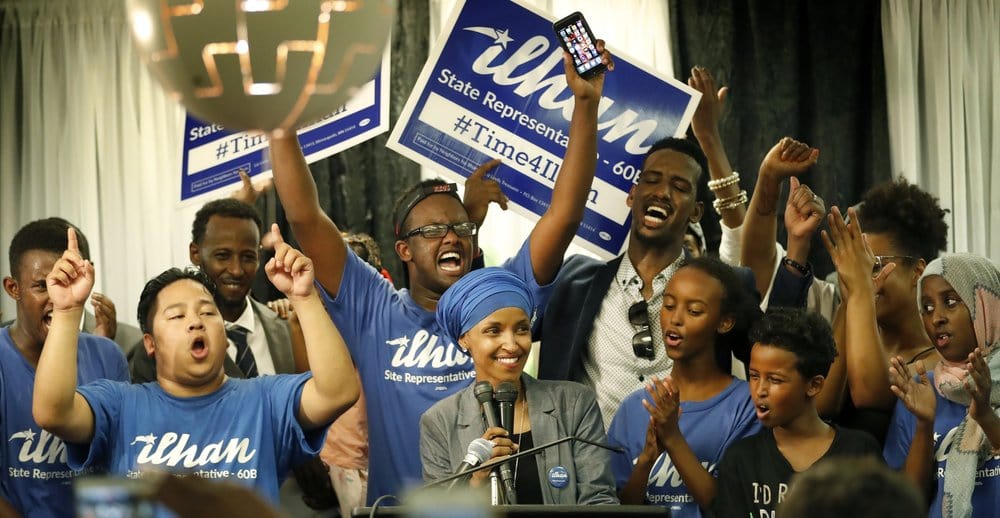 Addressing cheering supporters at her victory party, Omar expressed gratitude for the numerous groups that made it possible for her to become the first East African woman elected to the Minnesota State Legislature. She described her victory as “icing on the cake” after a long campaign and promised to restore hope, work on social justice and promote an inclusive government while guaranteeing equal access for everyone in the democratic process.

“Our campaign has been about more than just uniting a district, more than winning back the house, more than making history,” she said.

Omar was born in Somalia in 1982, and at the age of 8, her and her family fled to Kenya to escape the Somali civil war. She would go on to spend four years in a Kenyan refugee camp before moving to the United States with her father and siblings in 1995.  Omar attended middle school in Arlington, Virginia, before going on to obtain a degree in political science and international studies from North Dakota State University.

Omar, who is a wife and Mother of three, has called Minneapolis home since 1997. Minnesota is also home to the United States’ largest Somali immigrant population, a group that newly elected President Donald Trump described at a rally as people “who were joining ISIS” and “spreading extremist views.”

While the Somali community in Minnesota has indeed been a target for terrorism recruiters, Trump’s decision to label an entire community of more than 50,000 people as terrorists is just indicative of the kind of incendiary language, often bordering on hate and racial intolerance, that fueled his campaign. Such rhetoric appeared to galvanize his strongest supporters, other disenchanted Americans who helped him win the 2016 presidential election Wednesday.