After a stellar performance in 2017 at the maiden edition of the FIRST Global Challenge robotics competition held in the United States, Ghana is preparing for this year’s competition to be held in Mexico in August with another all-girls team.

The team is made up of students from the Wesley Girls Senior High School in the Central Region. They will represent Ghana and compete with over 150 countries in the challenge titled “Energy Impact”.

The girls are expected to collaborate with two other nations to fuel power plants, activate renewable energy sources and fully construct and programme a robot from a standardized kit of parts.

STEMbees, an organisation that mentors and engages primary and secondary school girls in STEM activities, is supporting the girls to prepare for the challenge. The organisation is raising funds to pay for the registration fees, the required robot kits and travel expenses for the girls.

“Our girls represented Ghana well on the global technology stage last year and are very excited and eager to place even higher in this year’s competition. We, however, call on corporate, governmental institutions and individuals to support the team’s participation in the 2018 FIRST Global Challenge competition to make the trip possible and let the world know that young African women are making our mark in technology,” says Linda Ansong, one of the team’s mentors and a co-founder of STEMbees.

“By participating in events such as the First Global Challenge, a new generation of young women can be inspired to actively participate in Science, Technology, Engineering, and Mathematics careers and feel empowered to become entrepreneurs and professionals that ultimately develop unique solutions to Ghana, Africa and the world’s problems,” Ansong added.

Ghana ranked 66 out of 163 teams from 157 nations in last year’s competition. The West African country was represented by the only all-girls team selected from the Archbishop Porters Girls’ Secondary School in Takoradi. 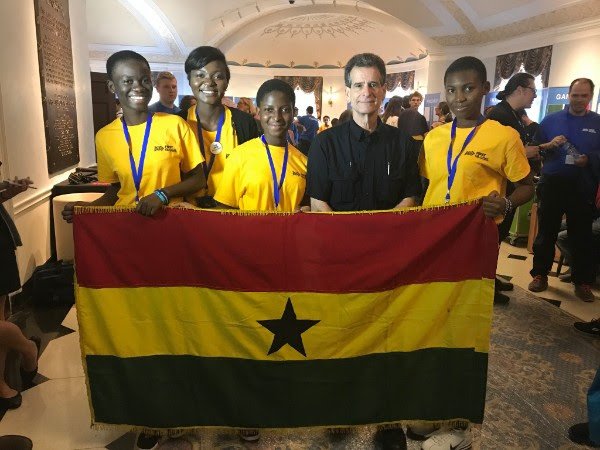 Their challenge was to build robots that will accomplish engineering tasks as a global society to solve the world’s water crisis.

All the participating students – aged between 15 and 18 – were recognised for their efforts while the top three ranked teams – Team Europe, Poland and Armenia – were awarded gold, silver and bronze medals respectively. 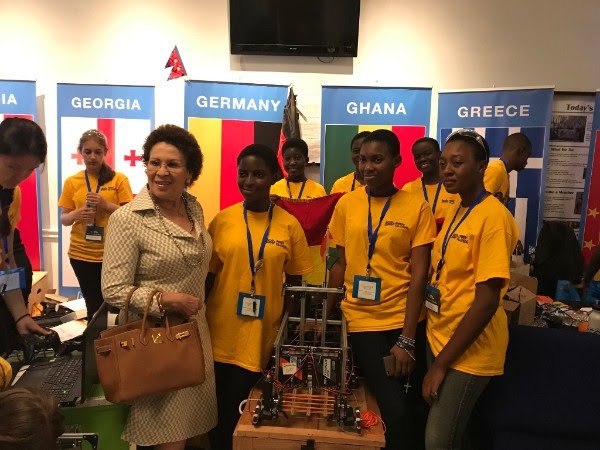