The Gullah people, also referred to as the Geechee, reside in Georgia and the low country of South Carolina within the United States.  They are also located within the coast and the Sea Islands  – which are a series of minute islands along the Atlantic Ocean. They equate to over 100 islands.

They differentiate themselves by referring to one another as saltwater Geechee or freshwater Geechee; this describes the mainland and the Sea Islands settlers.

Geechee or Gullah are also the names of the language spoken by the African natives. The name Geechee is said to derive from the Ogeechee River within the vicinity of Savannah, Georgia.

The Gullah originate from Angola, Ghana, Sierra Leone, Senegambia, Cote d’Ivoire, Madagascar, Mozambique and the Bight of Benin which is a bight in the Gulf of Guinea on the western African coast.

Gullah/Geechee The Gullah are African Americans who live in the Lowcountry region of South Carolina and Georgia, which includes both the coastal plain and the Beaufort Sea Islands…Via Nakeshia Williams

Slaves from this portion of Africa were brought for the chief purpose of profit for slave owners and colonizers.

Two British trading companies operated the slave castle at Bunce Island, formerly known as Bance Island in the Sierra Leone River.  Henry Laurens, a slave agent was based in Charleston, S.C. His colleague, Richard Oswald was based in England.  Any slaves taken from West Africa passed through Bance Island.  It was the principal spot for slaves being shipped to Georgia and South Carolina. 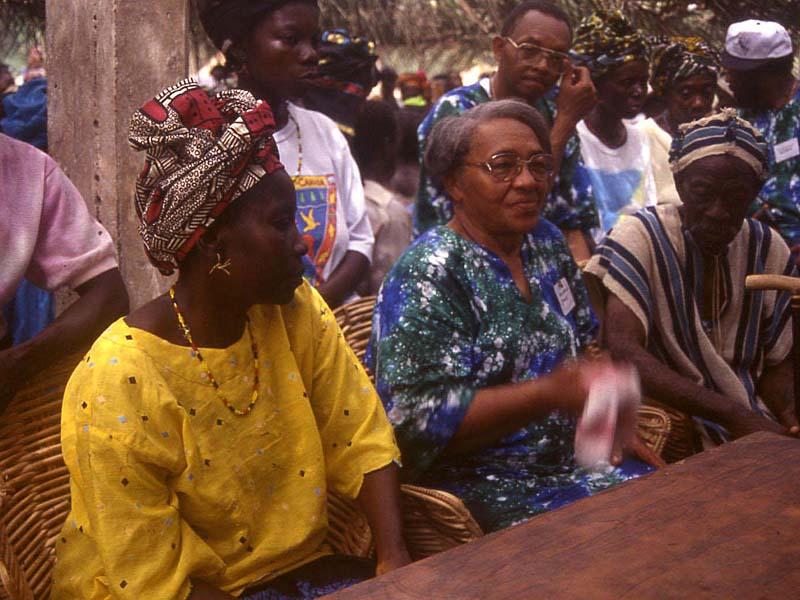 Baindu Jabati (left) and Mary Moran were the only two women to remember a Mende funeral song performed as part of the village tradition in Senehun Ngola, Sierra Leone. The song was passed down through Moran’s family in Georgia from her enslaved ancestors, who were related to Jabati’s ancestors in Sierra Leone… Photograph by Sharon Maybarduk

Along the Western coast of Africa, the natives grew and harvested rice.  This rice was initially planted and grown in the inland delta of the Upper Niger River.  British colonizers realized that African rice could be cultivated in the southern parts of the U.S. Hence why slaves were captured from Western Africa. They were needed to build irrigation and dam systems that would aid in growing the rice.

By the 18th century, large acres of land in the lowlands of South Carolina and Georgia were made into African rice fields.  It proved to be very lucrative for America during that time.

The Gullah have been able to preserve much of their African culture due to the similarity in the climate of their origin and their new land. Many slave overseers were African which enabled a fusion of African cultures and preservation of customs. Additionally, because malaria and yellow fever became endemic, white slave owners, rice field owners and plantation overseers were forced to leave their homes and migrate to the city.  This attributed to the increase of African rice overseers.

1861 ushered in the beginning of the Civil War. White planters, afraid of an invasion by U.S. naval forces, abandoned their land.  Union forces soon arrived on the land and were introduced to the Geechee who were eager for their freedom and willing to risk their lives for it.  The Gullah joined the Union Army as the First South Carolina Volunteers.

The Sea Islands became the first place in the South where slaves were freed. Unitarian missionaries from Pennsylvania also formulated schools for freed slaves – even before the end of slavery.

After the end of the war, the rice fields became damaged and chances of labor were considerably low.  Rice planters gradually abandoned their land. In 1890, hurricanes obliterated the crops altogether. The Gullah were now the main inhabitants of the low country which isolated them from their former owners and the greater population. This allowed for the opportunity to practice their culture, undisturbed by outside influences. 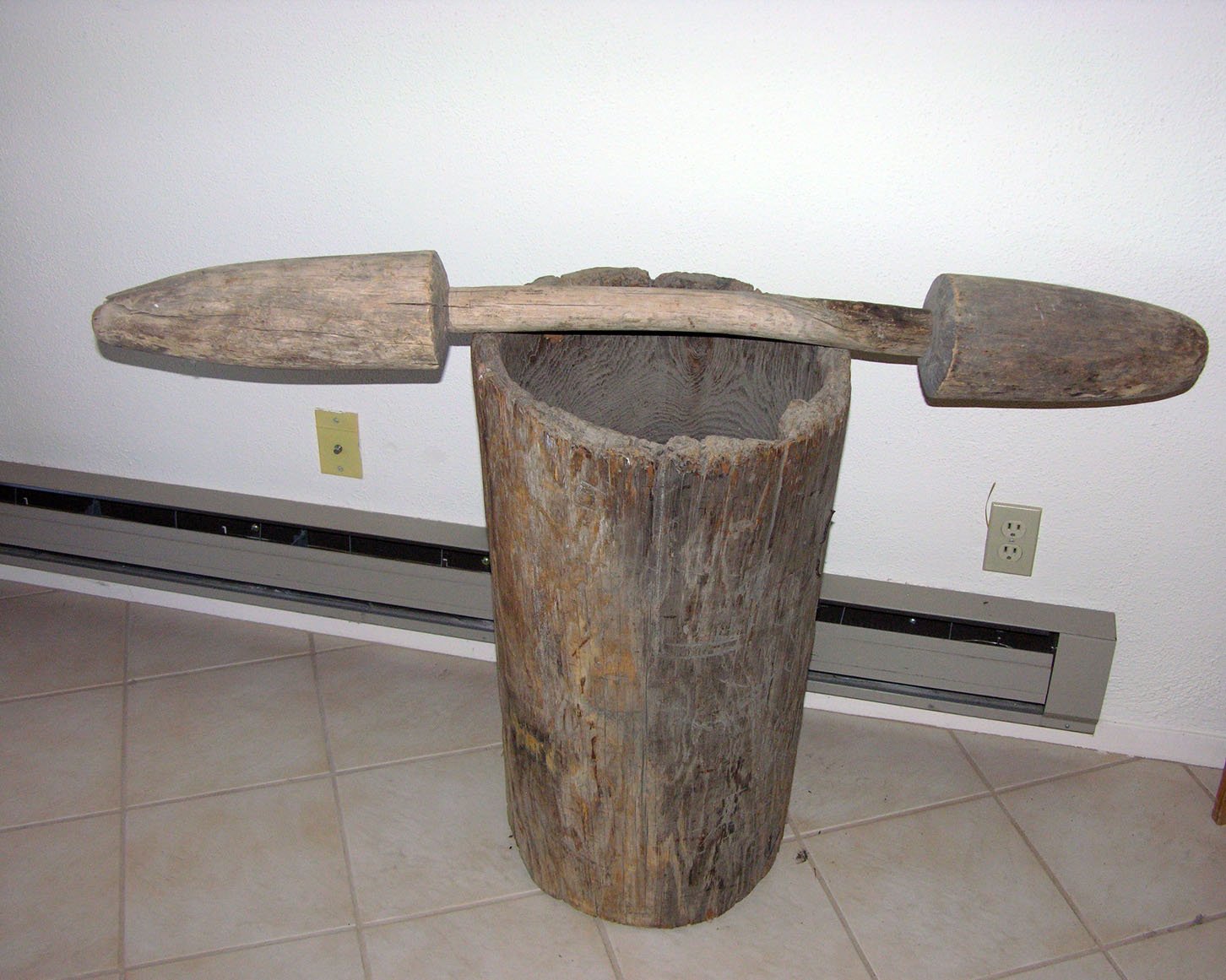 Wooden mortar and pestle from the rice loft of a South Carolina Lowcountry plantation, similar to ones used by African rice farmers…Wikimedia Commons

There was an awesome mending of customs and traditions from the Mende, Baga, Fula, Mandinka and Wolof tribes, to name a few.

Some mentionable customs that have passed from African traditions are the Gullah word guber which is derived from the Kikongo and Kimbundu word, N’guba.  The Geechee version of gumbo comes from the Angolan dish of okra called Umbundu.  Gullah herbal medicines are highly comparable to traditional African remedies.  Gullah strip quilts are made in the same fashion as Kente cloth from the Ashanti and Ewe people of Ghana as well as the Akwete cloth from the Igbo tribe of Nigeria.

During the 20th century, wealthy whites redeveloped some areas of the plantations destroyed earlier on.  Since there has been an influx of visitors who wish to enjoy the favorable weather and beautiful scenery. Juxtaposing this notion has been the Gullah fighting to preserve and practice their culture.  Development of the plantations for tourism purposes has also threatened the livelihood of the native Gullah.

In 2006, the Gullah Geechee Cultural Heritage Act enabled the preservation of historic sites as it relates to Gullah culture.  The act has also provided $10 million towards the cause aforementioned.

Gullahs have reached as far north as New York City; keeping close ties to family members by visiting and passing down their traditions to newer generations. Some Gullahs have established relationships with natives in Sierra Leone in the form of reunions.