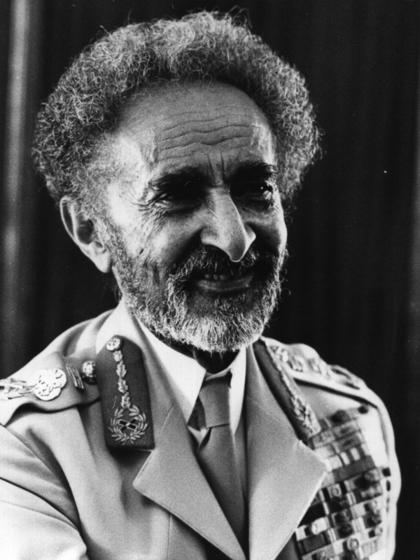 Born Tafari Makonnen in 1891, Haile Selassie is revered as one of the most influential people in Ethiopian and African history. He is mostly known for his internationalist and humanist work during the Italian invasion of Ethiopia in 1936. He is also known for being highly revered by a growing Rastafarian culture as the messiah who would bring peace, prosperity and love. the Rastafarian religious movement got its name from his given name. “Ras” means “head,” “prince,” or “king,” therefore, the Rastafarian movement views Selassie as the king and messiah who will return to restore his people.

Haile Selassie was Ethiopia's regent from 1916-1930, as well as the ruling Ethiopian Emperor from 1930-1974. During his leadership, he traveled extensively through various European cities to examine European models of education and social infrastructure. He believed that European standards of living were unavoidable to anyone paying attention to the world, but he also believed that local Ethiopian ownership of businesses were to be encouraged in order to prevent economic imperialism and European pressures on African markets.

Selassie’s views were tested in 1936, when Italian fascists decided to invade Ethiopia as part of the revenge for their loss in the Abyssinian-Italian war, and to serve as a foundation for the establishment of a fascist empire. Benito Mussolini, the fascist leader of Italy, seeking to add Ethiopia as a link between his established territory in Eritrea and Somali land, used various chemicals as weapons of warfare against Ethiopia. Mussolini’s destructive tactics prompted Selassie to turn to the League of Nations (now the United Nations) for help. However, his plea proved to be ineffective: Ethiopia was never officially colonized, but did have Italian presence until the end of WWII. 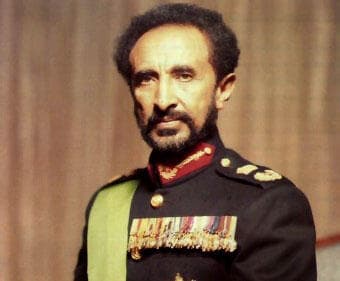 Though his speech would not spur the allies to action, Selassie's speech at the League of Nations conference is still revered as one of the greatest of its time. He continued to give great speeches at conferences all over the world, promoting the decolonization of Africa and helping to establish the Organization of African Unity in 1963 (now the African Union), with its headquarters in Addis Ababa, Ethiopia. This organization has served to unify African nations and communities in unprecedented ways.

Although Haile Selassie was a man of strength, it would be partial to overlook the mistakes he made. Critics have discussed his blatant ignorance or general lack of care about the effects of the famine on the Ethiopian people. He has also been heavily criticized for creating laws that kept the nobility in power. These decisions would eventually lead to a heavy growth of revolutionist and Marxist thinkers who would go on to challenge the status quo.

Emperor Haile Selassie was a great man. His legacy, actions and convictions continue to influence Ethiopian, African, pan-African, and Rastafarian cultures. His zeal to make Ethiopia — and ultimately Africa — truly independent will continue to be an inspiration to future leaders, as it has been to great leaders like Nelson Mandela, Martin Luther King and Malcolm X. His belief in African independence and the unity and brotherhood of all Africans are worthy ones that should be upheld by us all.