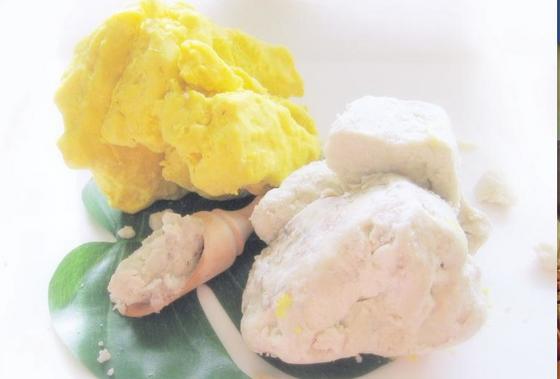 Shea butter is a staple in the beauty regimens of many women, because of it’s moisturizing capabilities. It is found in cosmetics ranging from lip balm to hair products, which shows it’s versatility. Shea butter is the go to product for moisturizing and fading scars.

Shea butter is a yellow or off-white natural fat taken from the nuts of the African Karite tree. Shea butter is sought after because it melts at body heat temperature and absorbs into the skin. It doesn’t just sit on the skin’s surface like many other products. It is mostly found and harvested in West Africa, but it is also found in East Africa. It is used for cooking and medicinal purposes as well.

According to Certified Fair Trade Shea Butter Cooperative, Alaffia Agbanga, “Unrefined shea butter contains an abundance of healing ingredients, including vitamins, minerals, proteins and a unique fatty acid profile, and is a superior active moisturizer. Unlike petroleum based moisturizers, shea butter actually restores the skin's natural elasticity. Shea butter enables your skin to absorb moisture from the air, and as a result, it becomes softer and stays moisturized for longer.”

Shea butter is often used in it’s unrefined state, because it contains all of it’s healing and moisturizing ingredients. Shea butter that is white is often refined to the point that most of the healing ingredients are gone. So it’s good to look for the yellowish shea butter instead of the white.

For skin, shea butter helps relieve eczema, dry skin and stretch marks. It restores the skin’s elasticity, unlike other moisturizers. When it comes to hair it is a great moisturizer for natural or processed hair. Many women use it for hot oil treatments and leave-in conditioner. It’s also used as a lip balm. Shea butter’s main quality is it’s ability to moisturize, which has made it a hot commodity.

Although it is very popular, the African women that work hard to produce this amazing product barely receive any financial reimbursement. There are non-government organizations and other efforts working to combat this exploitation. So to find fair-trade shea butter visit:http://www.alaffia.com/ or http://www.naturessheabulk.com/.