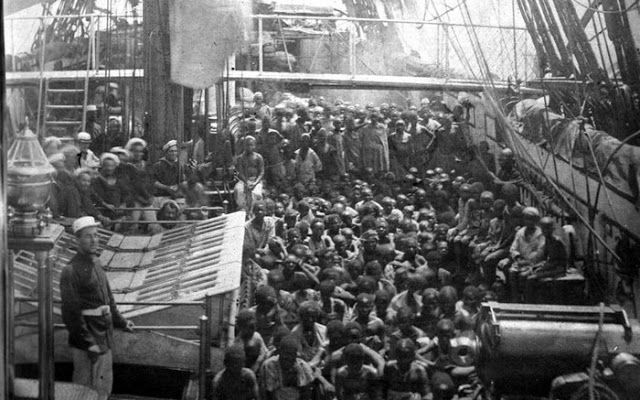 While on the sea, there were outbreaks of many diseases such as pneumonia, dysentery and fever. It was the responsibility of surgeons or medical officials assigned to ships to make sure that they were treated well and cured, but captives were left to their fate resulting in many deaths.

The harsh treatment of slaves continued until proper sanctions were put in place on ships. Records of the number of captives taken from Africa and the number of slaves that arrived were taken into consideration before vessels were sent to Africa for slaves; this reduced the number of slave deaths drastically between the 1800s and till the abolishing of the trade.

Slaves continued to be ill-treated despite sanctions placed on slave ships. The horrid accounts of slave trips have been documented in several books written by slaves such as Olaudah Equiano.