Her maiden name was Zelda Mavin Jackson and she was born on the 1st of August 1911 to Wilfred and Mary Jackson. Her father was a movie theatre proprietor who was killed in a car accident in 1917. Zelda, who was 6 years old at the time had to move in temporarily with her aunt and uncle and her younger sister. She would later marry and go by her married name Jackie Zelda Ormes.

When her mother remarried, the family moved to a nearby suburb of Monongahela where she started high school. She developed the love for drawing at a very young age and would draw just about anything in her free time. In high school, she was in charge of the illustrations of her high school yearbooks and had developed a love for writing and sought to do something worthwhile with the skill.

When she was about 16 years old, Jackie wrote a letter to Robert Van, the then editor of the Pittsburg Courier – an African American weekly newspaper that was published on Saturdays – to apply for a position of reporter. The editor wrote back and accepted her application. She was taken as a reporter and later started proofreading.

Throughout college, Jackie worked as an editor and freelance reporter writing on police injustice, court issues and other social events of interest. 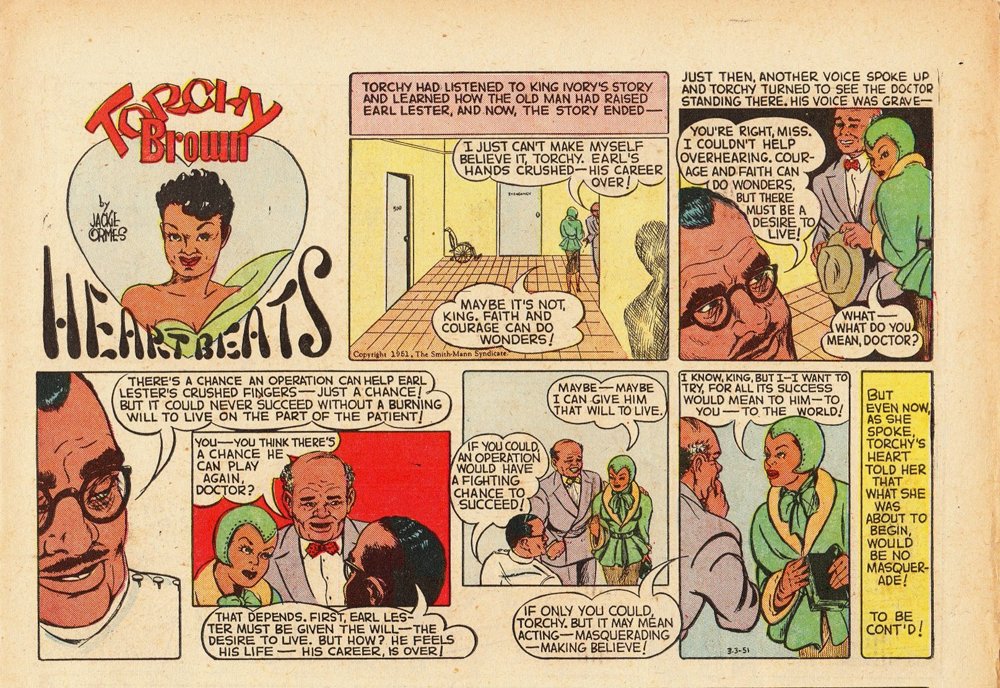 On May 1, 1937, at the age of 26, Jackie finally had her first comic strip published in the Pittsburg Courier. The comic was titled Touchy Brown in Dixie Harlem and was very successful being published in 14 other newspapers.

Touchy Brown in Dixie Harlem was a comic strip that followed the humorous life of a teen star in Mississippi popular for dancing in a club.  With the publication of the comic strip, Jackie established herself as the first African-American woman to work as a professional cartoonist for a newspaper.

The popular comic strip ended in 1942 but the reason for its end remains unknown. 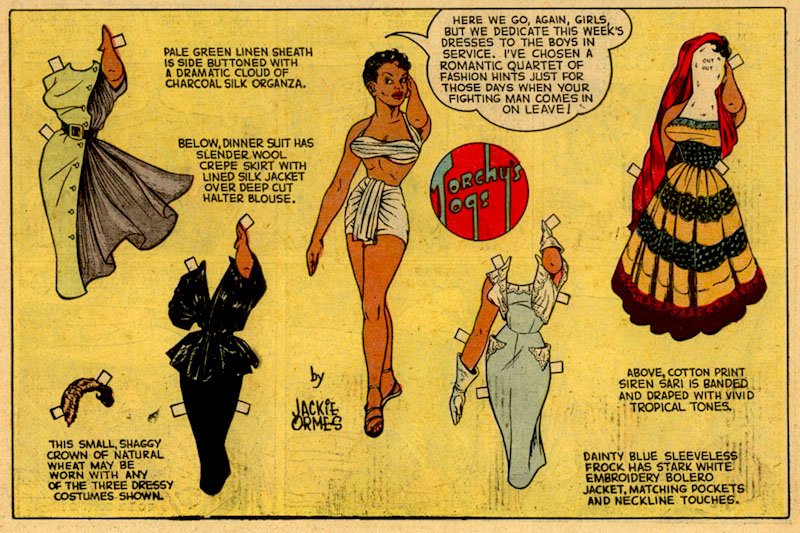 In 1942, Jackie moved to Chicago where she started writing occasional articles for various newspapers. While taking classes at the School of the Arts Institute of Chicago, she became a columnist for The Chicago Defender, briefly one of the biggest black newspapers at the time. After a while, her single-panel cartoon called Cindy was published in the Defender. The cartoon run for only four months. The comic Cindy also followed the life of a domestic waiter.

By August 1945, her new comic strip Patty –Jo n Ginger was back in the Courier which run for 11 years. The comic followed a politically and socially aware youth and an attractive woman. In 1947, Jackie signed a contract with Terrie Lee Dolls Company to produce a doll which was similar to one of the characters in her comics.

Patty–Jo n Ginger ended in 1956 and Jackie concentrated on community activism and civil rights work while coordinating fashion shows as an alternative career.

Jackie married Earl Clack Ormes in 1931. The family relocated to Salem, Ohio, due to the Great Depression and financial issues. They lived with her husband’s family.

The couple had a daughter who died at the age of 3 due to a brain tumour.

Zelda Jackie Ormes died at the age of 74 of cerebral haemorrhage on December 26, 1985.