April 3, 1948, marks the day that the Atlanta Police Department first instated black men on the force.  Using a strategic tactic to garner more votes from the black community, then-Mayor William B. Hartsfield assented to blacks joining the police force in Atlanta.

In 1947, it was estimated that one-quarter of the police force in Atlanta were members of the Ku Klux Klan. 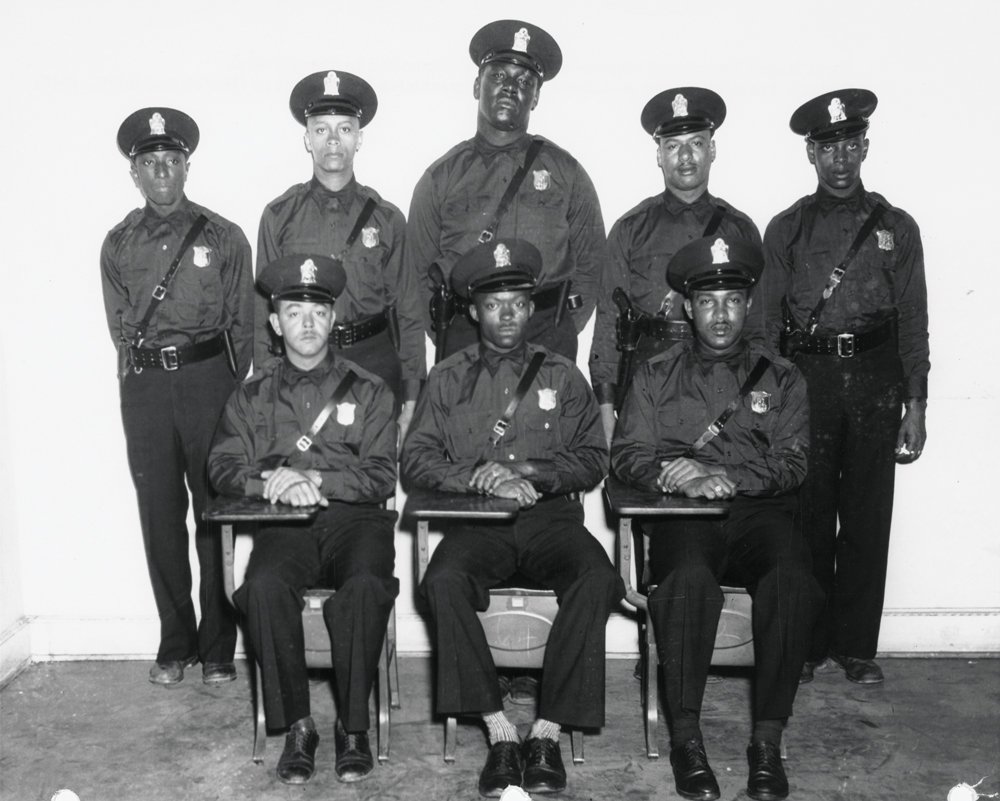 The eight policemen operated out of a local Y.M.C.A to avoid confrontations with their white counterparts, only patrolled neighborhoods with a heavy black population, could not arrest affluent white people but were allowed to intersect when crimes committed by whites were in progress and were not allowed to use patrol cars.  The Y.M.C.A  also doubled as a meeting point for Atlanta’s black leaders and served as the headquarters for the Atlanta Negro Voters League.

Though they were issued guns and badges, they could not use their weapons.

“On the one hand, they’re second-class citizens as black men in the Jim Crow South: They couldn’t ride in the front of the bus, they couldn’t eat in most restaurants,” he says. “But at the same time, they’re also authority figures, and they have to enforce the laws of the city of Atlanta and the state of Georgia.”

In 1953, the police officers were able to use the same headquarters as white policemen; but were still required to use the basement.

It wasn’t until 1962 when black officers were given the right to arrest whites regardless of their social status.

In 1971, Linnie Hollowman became the first black woman to be hired as a police officer in Atlanta.

All eight original black police officers have since died.