Jennifer Nyarko, a final-year student at the University of Ghana, reportedly jumped to her death Wednesday.

Students and authorities of the University of Ghana woke up to discover the body of Nyarko lying in a pool of blood after allegedly jumping to her death, according to Joy News.

The deceased, a 23-year-old student of Computer Science, allegedly jumped to her death from the fourth floor of her hostel room in Akuafo Hall at the university campus.

University spokesperson Matilda Wemegah, who confirmed the incident to newsmen, said hall porters were drawn to the scene of the tragedy after hearing a strange noise at about 4:30 a.m.

“A student on the first floor saw the lifeless body on the ground and so the porters went and found that it was a female resident of the Hall. They called campus security, other authorities as well as…the Legon police and doctors at the hospital who came with an ambulance to pick the body,” Wemegah said.

Wemegah added that doctors at the Legon Hospital pronounced Nyarko dead and proceeded to deposit her body at the morgue. 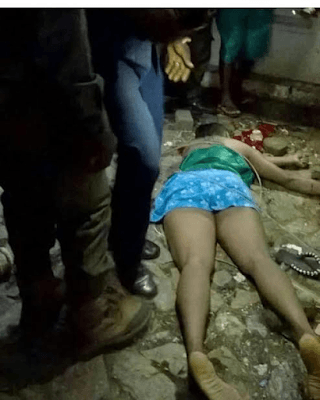 Nyako’s roommates say she went to bed as usual on the night before her death and they only realized what had happened when the porters alerted hall residents about the sad incident.

The motive for suicide remains unclear, but authorities say they have launched an investigation in to the incident. Legon police district head Ofori Anokye said his officers are looking in to a possible case of psychological problems with the victim.

Nyarko is described by friends and colleagues as a nice person, but they also say she has appeared moody and withdrawn for much of the current semester. Her father also reportedly told investigators that his daughter was receiving treatment for a medical condition relating to mental health.

Her death is the latest in a disturbing rise in suicide cases among teenagers and young adults in Ghana.

Earlier on Tuesday, a Mother discovered the lifeless body of her 16-year-old daughter in her kitchen after she reportedly committed suicide in New Tafo, located in Ghana’s Eastern Region.

And in February, Ghanaians were left in shock when it emerged that the 18-year-old daughter of a Member of Parliament studying at the Kwame Nkrumah University of Science and Technology had had hung herself after failing to make good grades.